The draw for the fifth round of the FA Cup has guaranteed that at least one big name will be eliminated before the quarter-final stage.

Manchester United have been drawn against holders Chelsea in the next round and will have to travel to Stamford Bridge next month.

It's the biggest game of the fifth round on paper, with several teams from outside the Premier League still in the competition.

With Chelsea hosting Ole Gunnar Solskjaer's side, Brighton are the only other Premier League team who will enjoy a home advantage in the next round, the ties of which will be played out on the weekend of February 15-18. 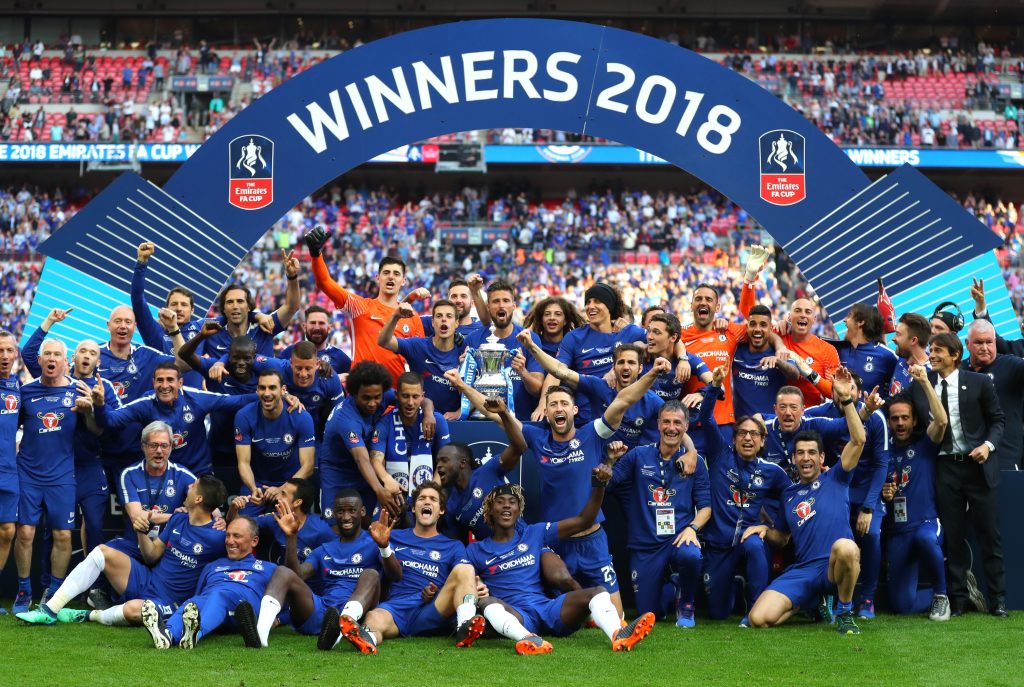 Five-time FA Cup winners and current Premier League champions Manchester City will travel to either Middlesbrough or Newport as Pep Guardiola aims to keep hopes of a quadruple alive.

Crystal Palace will take on Doncaster Rovers at Keepmoat Stadium, Watford will travel to either Portsmouth or Queens Park Rangers and Wolves will need to get past Shrewsbury in their fourth round replay if they are to make it to Bristol City next.

Elsewhere, AFC Wimbledon will host Millwall and Swansea City will host the winners of Monday night's game between Barnet and Brentford in what promises to be a cracking round of fixtures.

Results of fifth round draw in full

popular
The SportsJOE 12 o'clock quiz | Day 142
SportsJOE 2000s Football Quiz | Round 12
Rory McIlroy defends Dustin Johnson after Brooks Koepka comments
Robin McBryde on training session that sent message to Leinster's international stars
Collin Morikawa makes huge world rankings leap as Lowry drops back
Only a Champions League fanatic would get full marks in this quiz
Brooks Koepka puts PGA Championship leaders on notice with final round comments
You may also like
4 days ago
All hail Alexis Sanchez, the man who played Manchester United like a piano
6 days ago
Jadon Sancho to earn eye-watering salary at Manchester United
6 days ago
The daily diet of Manchester United midfielder Jesse Lingard
2 weeks ago
"I was the monkey on his back, all the time" - How Clough handled Keane
2 weeks ago
'Cristiano Ronaldo broke David De Gea back in 2018'
3 weeks ago
Victor Lindelof is 90% perfect, but it's the rest that kills you
Next Page