With the exception of Chris Smalling, and the injured Luke Shaw, Manchester United defenders haven't performed with great distinction this season.

However, that hasn't stopped the reported interest of Real Madrid and Juventus in Marcos Rojo and Matteo Darmian respectively.

According to reports in Spain, Rafa Benitez wants to sign a left-back as cover for Marcelo, and apparently Rojo fits the bill.

The Argentine defender joined United from Sporting Lisbon following the 2014 World Cup, but has struggled for consistency and has been on the sidelines with a shoulder injury since November.

Rojo has made just six Premier League appearances this season. 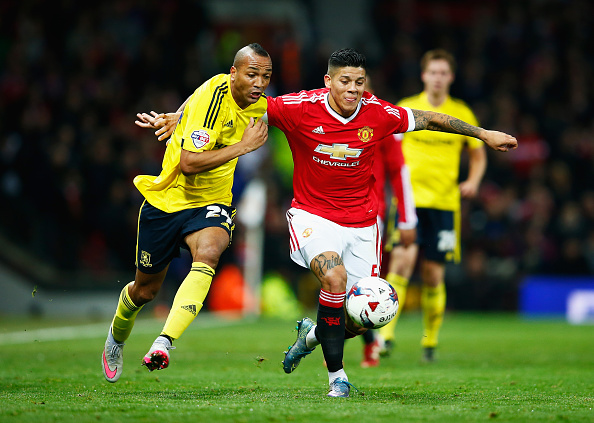 Meanwhile, Italian defender Darmian is being linked with a move to Italian champions Juventus.

END_OF_DOCUMENT_TOKEN_TO_BE_REPLACED

The full-back only joined United in the summer from Torino, and despite making a bright start has seen his form dip and has suffered injuries.

The move would reportedly be initially on-loan, with a view to a permanent deal in the summer.

Someone needs to put Phil Jones in touch with the agent of Rojo or Darmian.