Pep Guardiola's team retained their title with a 4-1 victory over Brighton and Hove Albion at the Amex Stadium. Liverpool, City's rivals for the league crown, did their part by beating Wolverhampton Wanderers 2-0 at Anfield.

However, their total of 97 points wasn't enough to claim their first league title since 1990.

City, with 98 points, are champions once again. Guardiola's team are the first side to retain the Premier League since Manchester United in 2009. 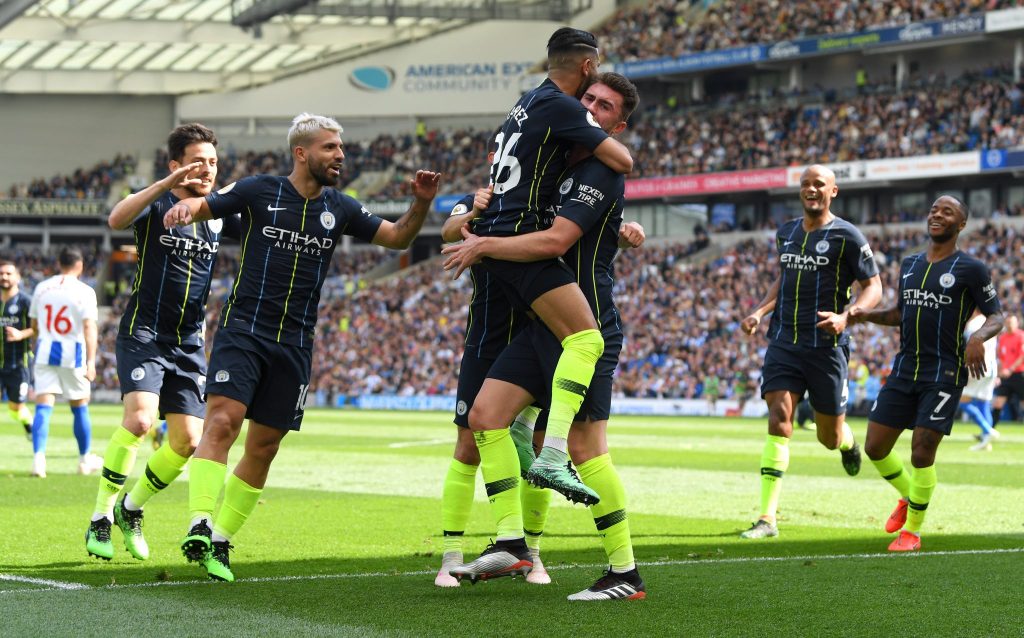 The day started well for Liverpool. Jurgen Klopp's team took an early lead and settled nerves thanks to Sadio Mane's goal. Trent Alexander-Arnold cut a ball across the Wolves penalty area for Mane to slot it home and score his 21st league goal of the season. The strike put Liverpool at ease and piled the pressure back on Man City.

Guardiola's team started nervously against Brighton and fell behind from a corner after 27-minutes when Glenn Murray nodded home. The goal was met with celebrations at Anfield and the Amex. However, just 83 seconds later, City equalised through Sergio Aguero. David Silva flicked a deft pass into Aguero's feet, and the Argentine smashed it home from inside the penalty area.

83 - There were just 83 seconds between Glenn Murray's opener for Brighton and Sergio Aguero's equaliser for Man City. Drama.

City went ahead seven minutes before half-time. Riyad Mahrez curled a corner into the far post, where Aymeric Laporte timed a late run into the area and buried a header beyond Mat Ryan.
Mahrez settled the game and league just after the hour mark. The former Leicester City playmaker sold Lewis Dunk a dummy and hammered a shot beyond Ryan beyond on his right foot from 25-yards. Ilkay Gundogan made sure of the victory with a free-kick.
Anfield fell relatively flat and the team went through the motions, knowing that the league title was beyond them for another year. Mane doubled their lead and confirmed they would finish with 97-points - the third highest total in Premier League history - but it made no difference as City had already wrapped up the title.