This is getting exhausting now

Extremely humiliating home defeats to Liverpool and Manchester City have piled the pressure on Solskjaer, who only appears to have kept his job because  no suitable replacements were available.

END_OF_DOCUMENT_TOKEN_TO_BE_REPLACED

Antonio Conte was available in the immediate aftermath of United's mauling by Liverpool, but became the new Tottenham manager after United beat them in their next outing. The Italian is said to have waited as long as he could for a call from United before inking his contract in north London. 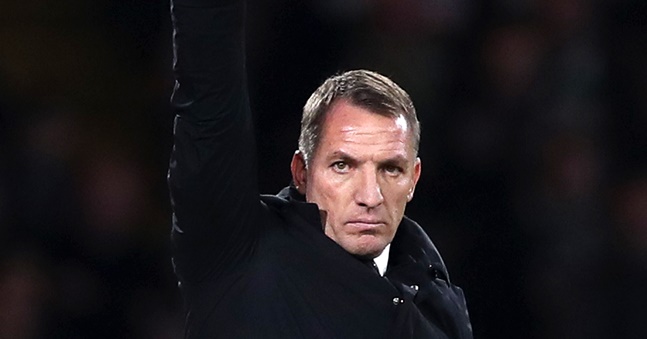 While Solskjaer is said to still have the backing at boardroom level, Rodgers tops a list of possible candidates should United's form not improve over the weeks ahead, with the club said to be keen to go back to that weird thing of only wanting to appoint a British manager.

According to Jeremy Cross in the Daily Star, United believe Rodgers would be keen to take the job if a deal can be reached with Leicester. The report also claims that he has a release clause in his deal at the King Power which can be activated if a Champions League club comes calling.

END_OF_DOCUMENT_TOKEN_TO_BE_REPLACED

Solskjaer is currently out of the country, with many of his first team squad jetting off around the world on international duty.

United return to action on Saturday November 20 when they face fellow strugglers Watford at Vicarage Road. Will Solskjaer still be at the helm? Yeah, probably.


popular
Ireland team to play Wales: Andy Farrell's XV, the big calls and bold cuts
Everton release brutal 59-word statement to confirm Anthony Gordon departure
Chelsea fire back and clear up why Hakim Ziyech's PSG move collapsed
Five confirmed changes and guidelines to have big impact on 2023 Six Nations
"Every team did it!" - Paul O'Connell on Roy Keane comment to Ronan O'Gara that he couldn't deny
Owen Farrell praises Johnny Sexton in revealing interview ahead of Six Nations
"It's crazy to think Bundee Aki might come straight in and start against Wales"
You may also like
1 day ago
Christian Eriksen set to miss the next few months with injury, Man United confirm
2 days ago
Man United reportedly receive late bid for Harry Maguire from Inter Milan
4 days ago
Roy Keane flatly rejects longstanding perception of ex-Man United midfielder Paul Ince
6 days ago
Roy Keane on Man United's two most improved players since Ronaldo left
6 days ago
Roy Keane on how Lisandro Martinez is a step above 'modern defenders'
1 week ago
Troy Deeney says Harry Maguire's agent contacted him after comments about the player
Next Page