One new signing, one loan deal and plenty of irons in the fire ahead of what should be a busy summer.

These Manchester United transfers could transform the club for the 2020/21 season but it remains to be seen who the manager will be.

After seeing his side lose to Arsenal, in meek fashion, at The Emirates, last month, Ole Gunnar Solskjaer told Sky Sports that strengthening his midfield was a transfer priority. Give that United had started Fred, Nemanja Matic and Jesse Lingard in their centre midfield, no-one was arguing with the Norwegian.

Solskjaer then lost Marcus Rashford to a back injury and United's January transfer activities took on a new look. A new striker was needed so sorting the midfield was shelved until the summer. The club did sign attacking midfielder Bruno Fernandes but they will target that area for a signing or two in the coming months especially, as is widely expected, if Paul Pogba departs.

With Rashford out for the next couple of months, United looked at getting Bournemouth's Josh King in on a loan deal before settling on former Watford forward Odion Ighalo. There were no more deals done after that, although it has been reported that Solskjaer had three different transfer priorities.

The United boss wanted to freshen up his midfield and attacking options in order to finish strong in the Premier and Europa League. Jadon Sancho (Borussia Dortmund), Jack Grealish (Aston Villa) and James Maddison (Leicester City) were all on his list, as well as Fernandes. 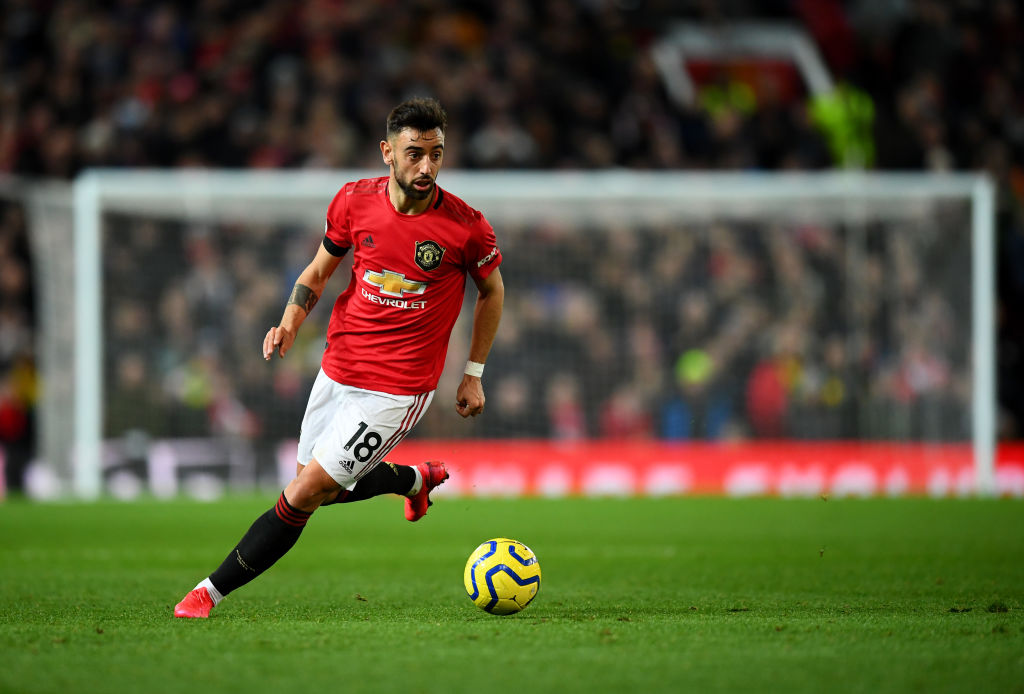 Bruno Fernandes of Manchester United in action during his Premier League debut against Wolves. (Photo by Clive Mason/Getty Images)
Advertisement

The club brought in the Portuguese attacker for £62m but Solskjaer will have to rely on the likes of Fred, Lingard, Matic and Andreas Pereira in his midfield for the rest of the season. It begs the question on who is making the transfer calls at Old Trafford.

END_OF_DOCUMENT_TOKEN_TO_BE_REPLACED

Sancho does remain a United target and the club are well in the hunt to bring the former Manchester City academy player back from Germany in the summer. Grealish could be available if Villa were to be relegated while Maddison would be hard to prise away from Leicester should they secure Champions League football for 2020/21.

The Daily Mail has reported that United could go an entirely different way over the summer months. The club is said to be looking at three young British players that would follow the line of the summer 2019 transfer policy (when they brought in Aaron Wan-Bissaka and Daniel James, along with the experienced Harry Maguire).

That trio is made up of Norwich City midfielder Todd Cantwell and versatile defender Max Aarons as well as West Ham midfielder Declan Rice. The same report also mentions Kai Havertz, Jude Bellingham, Timo Werner, Moussa Dembele, Houssem Aouar and Odsonne Edouard as all being 'on the radar' of the club.

With all that in mind, it does beg the question of where United will look to for experience and leadership within their squad.

popular
QUIZ: You'll need to be a massive Ireland fan to get all these one-cap wonders
"I did for one second think of flinging the boot at him" - Maher's journey an inspirational thing
The SportsJOE 12 o'clock quiz | Day 288
In defeat, Jerry Kelly dies with his boots on in coming of age final display
You'll have to be a diehard fan to get 20/20 in this Liverpool players of the 90s quiz
QUIZ: You have 30 seconds to answer this one tricky football question
The SportsJOE 12 o'clock quiz | Day 286
You may also like
1 day ago
Jurgen Klopp calls Man Utd style 'the worst thing you can face in the world' after draw
1 day ago
Jordan Henderson says Liverpool were frustrated by "strange" half-time whistle call
1 day ago
Liverpool fans complain at timing of half-time whistle in Man Utd draw
1 day ago
Scapegoats stand up for United as Liverpool's profligacy continues
3 days ago
Alex Ferguson's dismissive comments confirm truth about Jordan Henderson
5 days ago
Paul Pogba's reward for Burnley bullet by may be seat on Anfield bench
Next Page