The spin game at full tilt.

Manchester United were linked with a rake of central defenders this summer but are left with a core of Eric Bailly, Chris Smalling, Phil Jones, Victor Lindelof and Marcos Rojo.

Despite weeks of reported haggling over potential signings to bolster their defence, United ended up empty handed. Their only signings this summer were Fred from Shakhtar Donetsk, Diogo Dalot and Lee Grant.

END_OF_DOCUMENT_TOKEN_TO_BE_REPLACED

José Mourinho has been left frustrated by the lack of a centre-back arriving this summer, and understandably so given their options and the money available to sign one.

A well placed United source, or two, has got the spin going for the board's side after weeks of getting it in the ear from Mourinho. Several English media outlets were given a detailed run-down of the club's attempts to bring quality to Old Trafford, but at the right price.

According to reports, United had £100m available to spend on a world class centre-back this summer, but did not deem any of Mourinho's favoured options as worth spending such big money on. The club only wanted to sign a defender in the bracket of Raphaël Varane, although Real Madrid would not listen to any offers for the World Cup winner.

The defenders rejected by the United board are:

The United board did not pursue the Aldeweireld deal with much vigour - there was one conversation between their chief executive Ed Woodward and Spurs' Daniel Levy - as they felt his transfer valuation and wages would be too high. The Belgian turns 30 next month and was looked upon as a "short-term" Mourinho option. 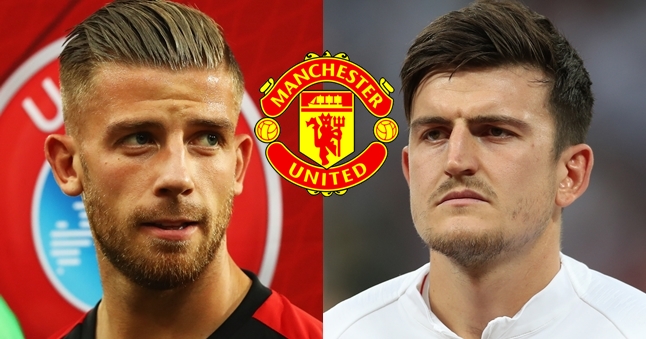 END_OF_DOCUMENT_TOKEN_TO_BE_REPLACED

Maguire was apparently available for £15m last summer but his valuation has quadrupled after a solid season with Leicester City and his World Cup performances with England. In this case, the board felt Maguire was not overwhelmingly better than United's current central defenders.

United were asked if they would be interested in signing Atlético Madrid defender Diego Godín, only for the Uruguay captain to sign a new contract with the Spanish club a few days later.

They were never interested in Boateng either. The amount of time he has spent injured over the past few seasons was enough to put United off any negotiations for the German. They seem to have learned not to sign players whom Bayern Munich are ready to offload after the Bastian Schweinsteiger failure.

United kick off the Premier League tomorrow against Leicester, for whom Harry Maguire will feature alongside former United defender Jonny Evans in central defence.

You get the impression that Mourinho would quite happily swap whatever defensive partnership he fields for Leicester's in a heartbeat.


popular
Brendan Ó Dufaigh gives a powerful interview on an emotional night in Ulster
Jamaica teammates are as frosty after Thompson-Herah's history-making 100m win
Full player ratings as South Africa leave Lions battered, bruised and beaten
Cheslin Kolbe somehow avoids red card after leaving Conor Murray in awful heap
Paul O'Donovan busts the cliches and leaves the mystery behind him in one more emphatic interview
Warren Gatland gives his take on that dangerous challenge on Conor Murray
McIlroy and Lowry right in the mix for Olympic gold in Tokyo
You may also like
2 weeks ago
Man United given permission to make approach for Raphael Varane
3 weeks ago
Man United could land Eduardo Camavinga at bargain price
4 weeks ago
Raphael Varane reaches "pre-agreement" with Manchester United
4 weeks ago
Man Utd won't pay over the odds for Raphael Varane after Sancho deal
1 month ago
Luke Shaw hits back at "obsessed" Jose Mourinho after latest criticism
1 month ago
Eduardo Camavinga's representatives 'to meet Man United next week'
Next Page