Manchester United have played a hospital pass to Ralf Rangnick. According to reports, half of Man United's squad want to leave, while the other half may not be good enough to play for an elite team.

There are said to be cliques in the poorly-assembled squad and the players' body language on the pitch is lousy. The problems go deeper for the Red Devils, however.

END_OF_DOCUMENT_TOKEN_TO_BE_REPLACED

Ole Gunnar Solskjaer's recruitment was as bad as his tactical acumen, he made promises to players he couldn't keep and the club seem incapable of selling unwanted players. Ed Woodward's reign as executive vice-chairman, meanwhile, was an abject failure on the pitch.

It may take several transfer windows, a world-class manager and an experienced director of football to reshape the Red Devils squad, but it needs to happen. Never mind a clear out, Man United's squad needs an exorcism. Here are the players who should be sold, and those who should remain at Old Trafford. 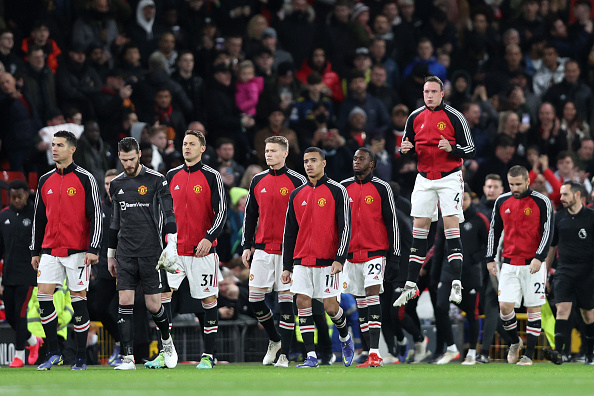 Man United squad - who to keep and who to sell.

De Gea has rediscovered his form this season and is Man United's best goalkeeper.

Henderson has had his eyes on the number one jersey at Old Trafford since returning from a loan spell with Sheffield United in 2020. The goalkeeper, however, is not yet of the level required to dislodge De Gea, even if the Spaniard may not be as good as he once was.

A move to a Premier League club would be ideal for him and United shouldn't stand in his way as he could command a decent transfer fee. 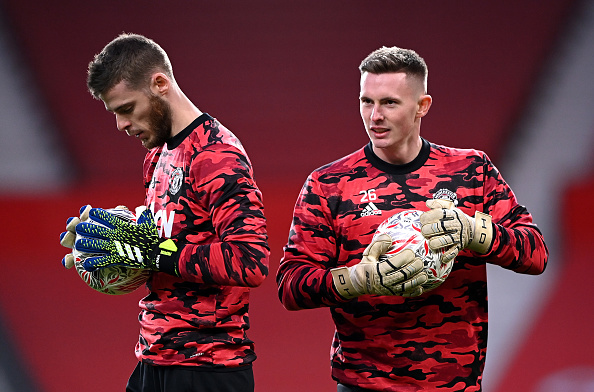 The £50m Man United spent on Wan-Bissaka could eventually come to be regarded as one of the worst transfers ever made by the club. That is harsh on the player, who has no say in his market valuation. It's not his fault United made a poor decision in 2019.

Wan-Bissaka had played fewer than 50 professional games for Crystal Palace and had been converted to full-back from being a winger. He also played for a defensively-minded side, whose playing style bore no relevance to how Man United wanted to play

In short, the transfer was baffling and the player isn't to blame for that. But almost three years later, Wan-Bissaka still has yet to develop the skills required of a modern full-back. He is simply is not good enough in possession to play for Man United and never will be. The club should cut its losses and try to find a buyer at the end of the season.

Dalot may not be the long-term option to be Man United's first-choice right-back, and he is defensively suspect, but he's a better footballer than Wan-Bissaka. United should sell Wan-Bissaka and find competition for Dalot.

Varane and Lindelof should be United's first-choice central defensive partnership when both are fit.

Lindelof has been Man United's best central defender this season is a better option at the heart of defence than Maguire. 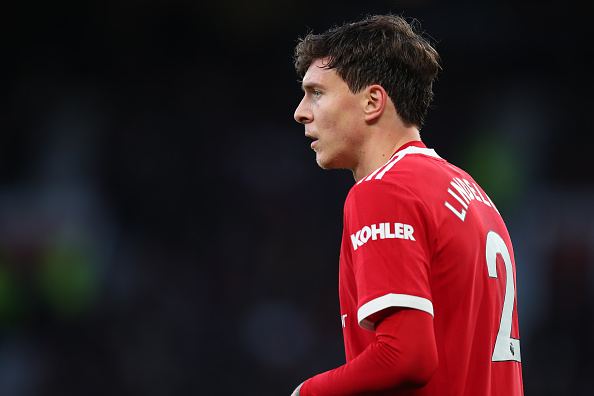 Bailly has only played 20 Premier League games for United over the last three years. The Ivory Coast defender needs to go elsewhere to kickstart his career. At 27, he is entering his peak years, so the Red Devils should be able to receive a respectable transfer fee for him.

Jones deserves the chance to play first-team football after a difficult spell at Old Trafford. United shouldn't stand in his way and should even help him facilitate a move.

Maguire isn't as bad as his form this season has suggested, but he also won't ever justify the £80m Man United spent on him in 2019.

The England defender arguably isn't mobile enough to play in a two-man central defence for a team that plays a high line. In the biggest games, against the best opponents, even on his best days, his lack of pace will be exposed. The captaincy also appears to be a burden for him.

But Man United shouldn't cut their losses just yet. Maguire warrants another season to try to turn things around, but he shouldn't be an automatic first-choice in defence.

Shaw was excellent last season and warrants more time to re-discover that form.

Telles has proved a sound backup when he's been given a chance in the first team. 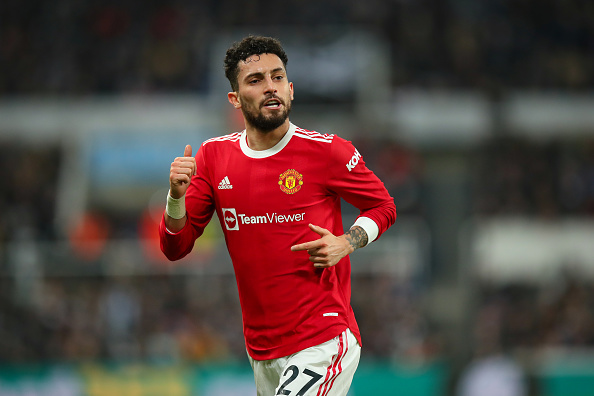 Matic has played 176 games for Man United, 25 more than he did for Chelsea. Yet, when the Serbian midfielder retires, he will almost certainly be remembered more for his time at Stamford Bridge than Old Trafford.

Matic played his best football for the Blues and has been in gradual decline since joining United in 2017. He turns 34 in August and is out of contract at the end of next season. Man United should look to move him on in the summer and refresh a problem position.

He's not as bad as many Man United fans appear to believe he is. Fred isn't the next Roy Keane, but he also isn't an Eric Djemba-Djemba/Kleberson-level flop. A decent squad player.

McTominay shouldn't be the club's first-choice central midfielder, but Man United also shouldn't be in rush to sell him. The Scottish midfielder is another useful backup option.

Van de Beek is a talented player who was not given a fair chance by Solskjaer, but he needs a fresh start.

United should try to recoup as much of the £40m they spent on the Dutchman in 2020 and put it towards signing a world-class holding midfielder. 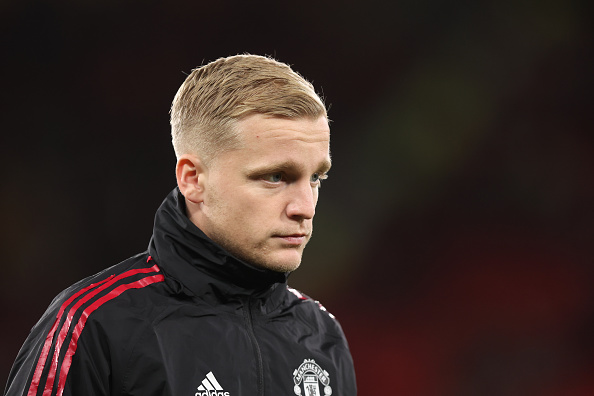 Paul Pogba - Sell/Allow to leave on a free transfer.

Pogba hasn't been as poor as his detractors claim, or as good as his fans believe. The French midfielder needs a new start and so do Man United. It won't get any better and there's no point in further delaying the inevitable. Pogba will excel in another league where the speed of play is slower than the Premier League, but it is time for United to move on. Let him leave on a free transfer at the end of the season.

Mata hasn't played a single minute in the Premier League this season. The Spanish midfielder, who turns 34 in April, has only made 21 appearances across the last two campaigns. He is evidently a great professional and has never complained about his lack of game time, but Mata is too talented to spend the final few years of his career warming the bench for Man United.

Jesse Lingard - Sell/Allow to leave on a free transfer.

Lingard was in the best form of his career on loan with West Ham last season. He scored nine goals in 16 games for the Hammers and was one of the most effective players in the Premier League.

Lingard then returned to Old Trafford and has rarely played, back to square one and the position he found himself in for the previous two seasons. The England midfielder needs to get away from Old Trafford to re-start his career, and United missed their best chance to sell him last summer.

Fernandes has struggled since Ronaldo returned to Old Trafford, and it appears the Portuguese compatriots cannot both excel in the same team.

Bruno, however, was excellent before Ronaldo's arrival and still has time to re-discover his best form. He showed his quality against Aston Villa on Saturday with two goals in Ronaldo's absence.

The midfielder does, however, need to cut out the complaining and be a more positive influence when things aren't going his way on the pitch. 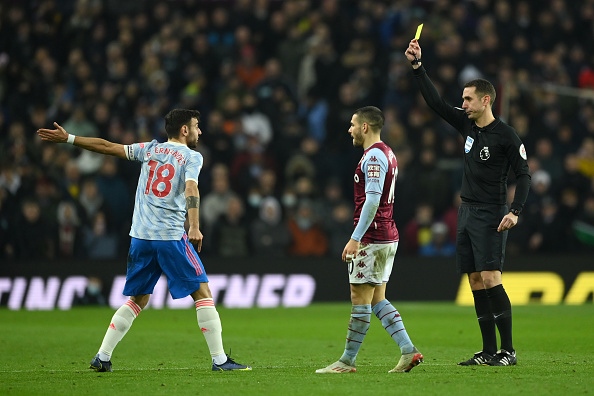 Man United spent over a year chasing him. It would be lunacy to sell the player now, even if the club appears to have no idea how to use him.

Ronaldo's arrival further unbalanced a disjointed team and poorly-assembled squad. He has scored plenty of goals but isn't a natural fit for a high-pressing team.

The Portuguese forward has another season left on his contract. Man United could try to find a way to harness as many goals as they can from him. But the wise decision may be to part ways at the end of the season, particularly if United fail to qualify for the Champions League.

It's time for both parties to move on.

Diallo probably warrants a chance in the first team after United paid Atalanta €25m for him, but he looks set to leave the club on loan in January.

Amad will 100% leave on loan. Four proposals on the table, Feyenoord want him since August but player priority is for UK clubs.

Rashford has been out of form for months, partly because he has returned to action after suffering a shoulder injury. He played through the pain barrier for most of last season and Euro 2020. However, there is an argument to be made that the England forward may have already peaked as a player.

Rashford looked incredible under Louis van Gaal and appeared to have the potential to become a Brazilian Ronaldo style centre-forward. His natural attributes were evident - lightning fast, a skilful dribbler and ice-cold in front of goal - and he was working under a coach who would help him develop technically and tactically.

Yet, Van Gaal was sacked. Under Jose Mourinho and Ole Gunnar Solskjaer, Rashford's development suffered more than most Man United players. One manager moved him out to the wing in favour of target-men at centre-forward - Zlatan Ibrahimovic and Romelu Lukaku. The other was not a detailed orientated coach. It is no surprise that Rashford's development has stagnated.

He can still make an impact on games when he's fit and confident. But he looks in need of a top-level, modern coach who can plug the gaps in his game. His decision-making, in particular, has been distinctly poor in games this season.

If a top-level coach arrives in the summer, and Rashford's form still doesn't improve next year, Man United should arguably start thinking about creating a market for their most saleable player. 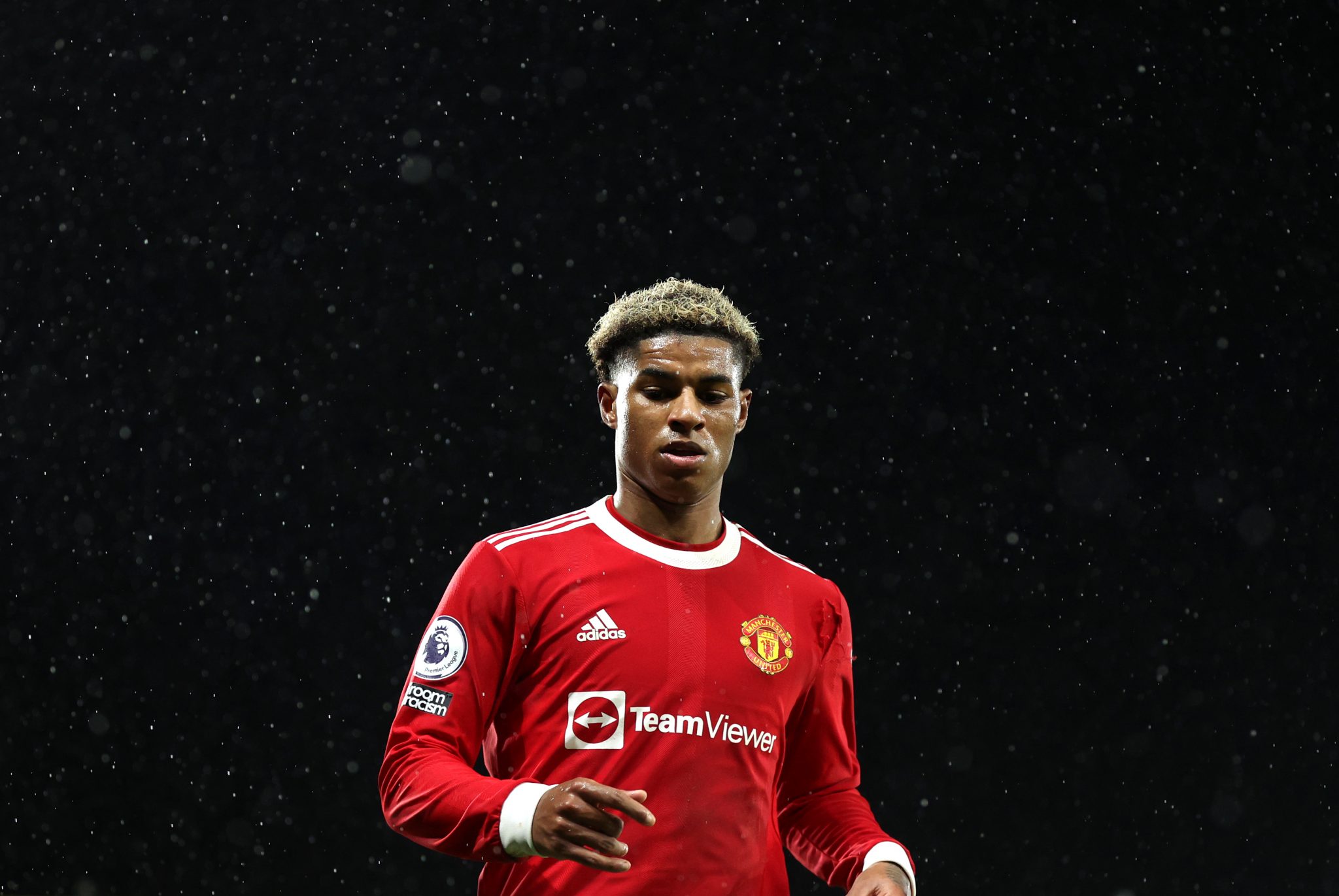 Unfortunately for Man United, Cavani arrived at the club too late in his career to have a long-term impact. If the Uruguayan had have joined United five or six years ago, he would probably be an Old Trafford legend now. He would have been the perfect replacement for Van Persie, who was United's talisman in the 2012/13 season.

Cavani has been one of United's better signings in recent years, but the club should arguably let him move on. Not because he has been a poor player, but Cavani would be better off spending the final few years of his career playing regularly. United can't guarantee him that and there are currently too many forward options at the club.

However, if Cavani and Ronaldo were five years younger, there would be no question that both should remain at Old Trafford.