The only way the former Manchester City youth player could move this summer is if United shift Romelu Lukaku and Alexis Sanchez.

Heading into his short pre-season break, Manchester United boss Ole Gunnar Solskjaer gave the club his transfer priorities. Jadon Sancho was one of the players he wanted in.

Solskjaer was also after a right back [Aaron Wan-Bissaka topped the list] and a centre-back to partner Swedish international Victor Lindelof. Kalidou Koulibaly and Harry Maguire were targets but the club also made an enquiry about West Ham's Issa Diop, hence that one getting out there.

The Norwegian also wanted an attacker to play on the right-side of a trident that would comprise of Marcus Rashford and, most likely, Anthony Martial.

Jadon Sancho was one of three priority signings and the club were getting encouraging vibes about getting the Borussia Dortmund attacker in. 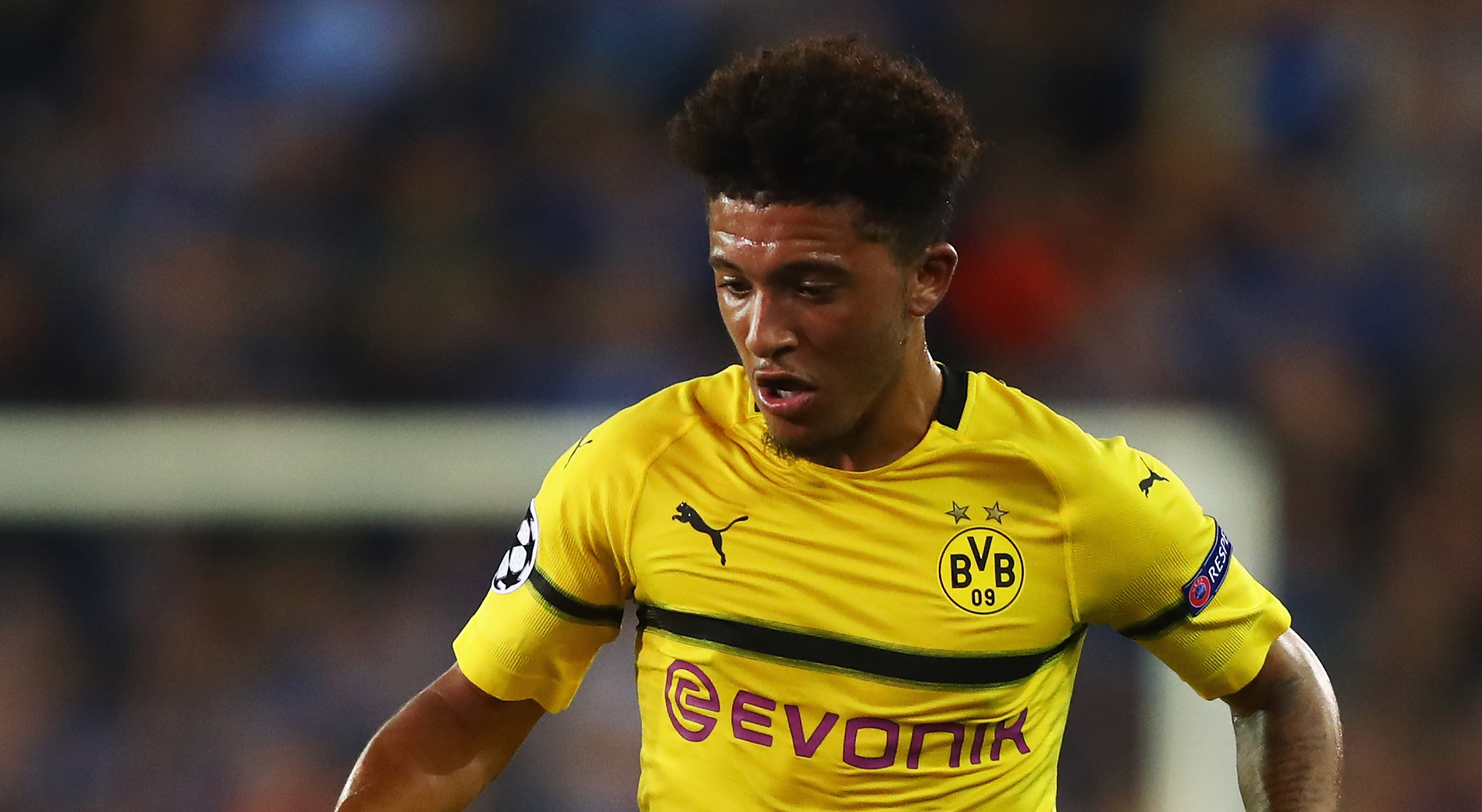 Sancho has made six England appearances since moving from City to Dortmund and the likes of Rashford and Jesse Lingard would have been pressing United's case. That case was damaged by United failing to reach the Champions League, for next season, and this statement from Dortmund sporting director Michael Zorc:

"We do not expect anything and we do not want anything, because he is in our plans. He will play for Borussia Dortmund next season. Nobody needs to get in touch."

END_OF_DOCUMENT_TOKEN_TO_BE_REPLACED

Sancho has been in Germany since August 2017, arriving when he was 17, and United remained convinced they had a chance of luring him back to Manchester.

Then, according to Forbes' Sam Pilger, United 'were made to understand Dortmund would expect any bidding for Sancho to start at around £100 million'.

Daniel James cost an initial outlay of £18m, from Swansea, and United are expected to tie up the Wan-Bissaka deal for £45m in the coming days. That is £63m and the club still want three more players in. Their biggest outlay is expected to be on a centre-back so the club are shelving the Sancho pursuit.

Pilger states, however, that United could yet revisit the deal if they move on Romelu Lukaku, Alexis Sanchez or Paul Pogba.