Whether for ill or for good, Manchester United have deemed it wise to part with eighty million of the Queen's pounds for the services and large head of one Harry Maguire.

Maguire has experienced a ludicrous rise since leaving Hull City for Leicester City in 2017 for a reported fee of £17 million. Two Premier League seasons and one World Cup later, Ole Gunnar Solskjaer wants to airlift Maguire enormous noggin to Old Trafford and plant it firmly in front of David De Gea's goal like some sort of Yorkshire-born Easter Island statue.

While no one doubts Maguire's talent, or Manchester United's need for defensive back up (i.e. some good defenders), a number of people have done the only thing someone in England can do about a surprisingly high transfer fee: scoff.

People have been scoffing their brains out because £80 million is a lot of ham sandwiches, especially in a world where Matthijs de Ligt and Virgil van Dijk each cost less.

We're going to avoid any scoffing, but we will have a look - and we hope you join us - at what Manchester United could have got with the money they look set to spend on Harry Maguire.

For some of these we'll go a little over and for some a little under, just bear with us.

END_OF_DOCUMENT_TOKEN_TO_BE_REPLACED

Tanguy Ndombele moved to Tottenham Hotspur this summer for an initial £55m (rising to £63m), becoming Spurs' record transfer in the process. There was talk that Manchester United were interested in the French midfielder, but that Spurs was always his first choice. This is probably true, and if a player doesn't want to join then he probably shouldn't be convinced for cash rather than footballing reasons. It rarely ends well.

Nonetheless, he is class. Like proper top class, and he is - compared to Maguire - relatively cheap.

Abdou Diallo meanwhile moved from Borussia Dortmund - where he spent one season - to Paris Saint-Germain last week for a fee of just £28m. The 23-year-old may not be as big a name in England as Maguire, but he has played just one fewer season of top flight than the Large-Headed One, and has impressed at both Dortmund and Mainz, where he played before.

Combined, those two fees add up to £83m, just £3m more than United are paying up front for Maguire, and with that addresses two problem areas of their team, rather than one.

Another midfielder/centre-half duo that come at the same price as Maguire, this time in the form of Youri Tielemans and Kostas Manolas; two players that have moved in recent weeks.

END_OF_DOCUMENT_TOKEN_TO_BE_REPLACED

Tielemans has long been linked with a move to Manchester United, only to join AS Monaco in the summer of 2017. Things didn't really go to plan in the principality and he spent last the second half of last season on loan at Leicester City. He immediately settled and showed exactly the level of technical ability and intelligence that had seen him linked with some of the world's top clubs in the first place.

Being the proactive club that some aren't - *cough* United *cough* - the Foxes acquired Tielemans with minimal fuss during the summer for a fee of £40m.

At 28, Manolas is two years older than Maguire, but that gap is not so significant as to really matter. The Greek international spent five years at AS Roma after moving to the Italian capital in 2014, and has been instrumental in some key moments for them, most notably his winning goal in the Champions League quarter-final against Barcelona during the 2017/18 season.

He joined Napoli for a fee of just £30m this summer, in a move that many see as potentially preempting the departure of Senegalese centre-back Kalidou Koulibaly, who he's likely to replace.

Manolas is a quality player and had United got him for the price Napoli did, as well as Tielemans, they'd have - once again - covered two problem areas, but this time for £10m less. 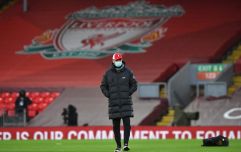 END_OF_DOCUMENT_TOKEN_TO_BE_REPLACED

Once again we have a central midfielder and a central defender which United could have gotten for the same amount they are paying for Harry Maguire, just to really push home the theme here.

Firs up we have Marcus Llorente, who left Real Madrid for rivals Atletico this summer on a permanent deal after more than 11 years at the Bernabeu as a youth and senior player.

He cost just under £27m, and will fill a gap left by Rodri, who has departed for Manchester City. At 24 he's still learning, but could have been something of a low risk signing for Solskjaer to try out in defensive midfield in an attempt to free Paul Pogba up a touch.

This one is unrealistic, because let's face it - who's choosing Real Madrid over Manchester United - but once again this is a central defender who has moved to this summer for a fee smaller than that touted for Harry Maguire.

Eder Militao joined Real Madrid from FC Porto for a fee of £45m this summer after one season in Portugal and at 21 has a number of years to develop before he will be expected to completely fulfil his potential.

Militao is a skilled passer - exactly the sort of composed, ball playing central defender that United have been crying out for - and is expected to take the baton from Sergio Ramos when he eventually hangs up his shithousing boots.

Combined, the two players could have cost United just £72m - £8m less than the proposed price of Maguire.

David Hockney's 'Portrait of an Artist (Pool with Two Figures)'

A slightly left field choice but for the price of Harry Maguire Manchester United could instead have purchased David Hockney's 'Portrait of an Artist (Pool with Two Figures)' from 1981.

In November 2018 the painting fetched £71.43m at Christie's auction house in New York - the most ever for a living artist's artwork, but still has a way to go before it overtakes the fee set to be paid for Harry's big head.

Unfortunately for Hockney, the painting also isn't as much of a work of art as the photograph below, so perhaps United are making the right choice after all.


popular
The 14 Irish players Down Under as TG4 come up with the goods once again
Roy Keane's first impression of Cristiano Ronaldo proved to be very accurate
The SportsJOE 12 o'clock quiz | Day 290
Jurgen Klopp chases Sean Dyche down Anfield tunnel after half-time fracas
"I kind of decided on Hill 16, 'you're either going to do this or you're not going to do this.'"
Joe Rogan reveals he could be parting ways with the UFC
Fernando Torres has got absolutely jacked since retiring from football
You may also like
4 days ago
Jordan Henderson says Liverpool were frustrated by "strange" half-time whistle call
4 days ago
Liverpool fans complain at timing of half-time whistle in Man Utd draw
4 days ago
Scapegoats stand up for United as Liverpool's profligacy continues
6 days ago
Alex Ferguson's dismissive comments confirm truth about Jordan Henderson
1 week ago
Paul Pogba's reward for Burnley bullet by may be seat on Anfield bench
4 days ago
Could it be time for Liverpool to cash in on Mo Salah?
Next Page