Jose Mourinho's persistence seems to have paid off.

Mourinho has seemingly convinced Ed Woodward to get a deal done for Gareth Bale because, according to a report from Duncan Castles in the Times, Manchester United are willing to meet Real Madrid's valuation of the Welsh forward.

The Spanish giants are demanding in excess of £85 million for Bale but such is Mourinho's desire to have the 28-year-old feature on the right hand side of an attacking trio which will also include last season's signings Romelu Lukaku and Alexis Sanchez that United are prepared to do what needs to be done to get their man.

Should the move go ahead, Bale will find himself among the highest earners at Old Trafford as his current contract sees him take home a weekly wage of around £500,000 when performance-related bonuses and image rights are taken into account.

The Red Devils have pursued Bale on several occasions over the past few years but this is looking like the summer in which the deal finally comes to fruition.

It remains entirely possible that the new Real Madrid coach, whoever that might be, will be able to convince Bale to stay put but it's been reported for some time that club president Florentino Perez would not be averse to letting the 28-year-old go for the right price. 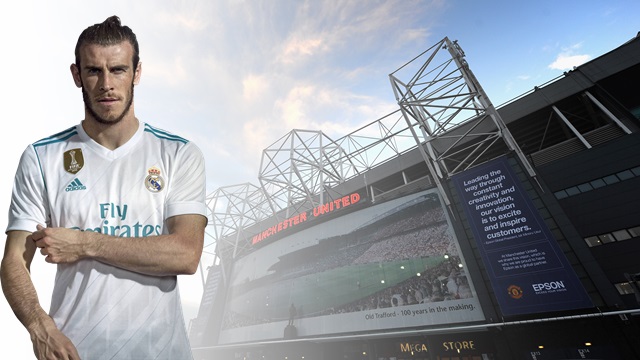 END_OF_DOCUMENT_TOKEN_TO_BE_REPLACED

Bale came off the bench to score the deciding pair of goals in his side's 3-1 Champions League final victory over Liverpool last weekend but he's made it clear that he feels like he should be enjoying more game-time than he has been recently.

"I want to enjoy this moment first, then rest over the summer and I'm sure we'll sit down at the table and see what's for the best," he said after the full-time whistle.

"For me personally, I feel like I should be playing week in, week out and I haven't been.

"I've been doing well, scoring goals, but I haven't been playing as much as I would like so, as I said, I am going to have to sit down over the summer and seriously consider what we do next."

The departure of Zinedine Zidane may see Real's new manager attempt to hold on to Bale but a sizeable United offering could yet see him return to the Premier League.


popular
"When Sean Boylan was around, you didn’t need a psychologist or a counsellor - he did it all himself"
The SportsJOE 12 o'clock quiz | Day 136
The daily diet of Manchester United midfielder Jesse Lingard
COMPETITION: Answer this survey for a chance to win a fabulous stay at the Trident Hotel in Kinsale
James Ryan's misfortune opens Leinster and Ireland doors for Ryan Baird
The diet of a modern day rugby player compared with a top jockey
"It's not about winning at underage. It's about building players and building people"
You may also like
20 hours ago
The daily diet of Manchester United midfielder Jesse Lingard
1 week ago
"I was the monkey on his back, all the time" - How Clough handled Keane
2 weeks ago
'Cristiano Ronaldo broke David De Gea back in 2018'
3 weeks ago
Victor Lindelof is 90% perfect, but it's the rest that kills you
4 weeks ago
"Luis Suarez made a big mistake and we, as a club, got it wrong" - Jamie Carragher
1 month ago
'Pogba seems to really appreciate having someone in there who's taking the limelight'
Next Page