'In order to play with a back three, we need to have most of our centre-backs available'

Ralf Rangnick has suggested that Manchester United could revert to playing three at the back and ditch his preferred 4-2-2-2 formation.

The German opted to play 4-2-2-2 for his first game as United's interim boss against Crystal Palace, but despite them winning that game 1-0 - and losing just once since he took charge - the Red Devils have struggled to adapt to the new formation.

As a result of the underwhelming performances in recent weeks, Rangnick has said that United could change back to the formation former boss Ole Gunnar Solskjaer used. 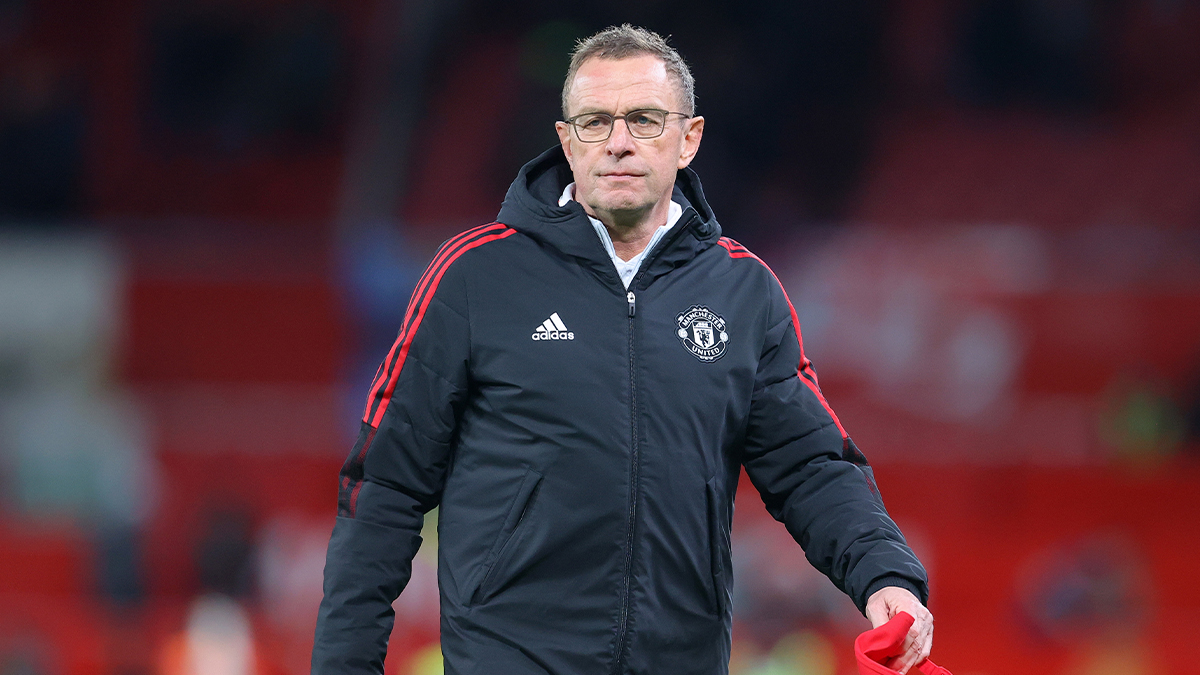 Speaking to the club's official website, Rangnick said: "Well, I think most teams have their system in England and they stick to it.

"Or - like Bayern Munich, for example, or [RB] Leipzig, who also did it last season with Julien Nagelsmann - even if they play defensively in a back four, they try to rotate within this system, this formation, to a little bit of an asymmetric back three.

"I think with our team, we have those two options. In order to play with a back three, we need to have most of our centre-backs available. I think under Ole [Gunnar Solskjaer] the team did it, for example, in games like Tottenham, Atalanta away, or against Manchester City in the derby.

"I think we can play in the back three, this could be an option for us, but, as I said, it also depends on the players available, on the current shape and form of the players and also, to a certain extent, to the team against which we are playing."

Some #mufc players are struggling to adapt to Rangnick's methods and play in the 4-2-2-2 formation, and doubt whether he is the right man to be in charge #mulive [sky]

The 63-year-old was thought to be bitterly disappointed with the defeat to Wolves defeat last Monday and now 'understands' the difficultly of reaching the top four.

United host Aston Villa at Old Trafford on Monday night in the FA Cup third round, before travelling to Villa Park on Saturday to face Steven Gerrard's men in the Premier League.