Five talking points ahead of Man United's trip to Chelsea.

Chelsea host Manchester United at Stamford Bridge this weekend in a match between two of the Premier League's top six. You can stream the game with a NOW Sports Membership, with kick-off at 5:30 pm on Saturday.

END_OF_DOCUMENT_TOKEN_TO_BE_REPLACED

Man United and Chelsea have both had tough spells already this season, but they come into this game in good form. The Blues have experienced an upturn since Graham Potter replaced Thomas Tuchel as manager, while Man United are taking shape under Ten Hag.

Here are five talking points ahead of a match featuring two sides that will be aiming to finish in the Premier League's top four this season. 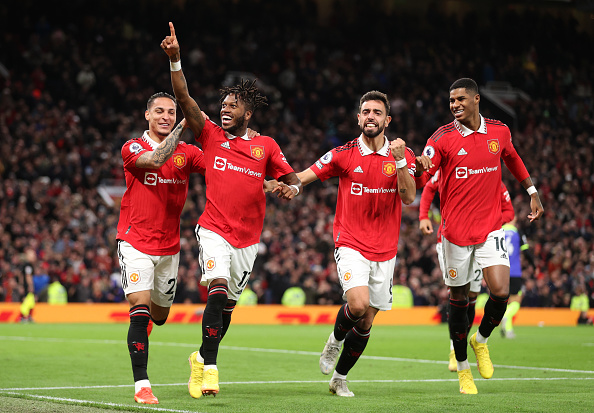 END_OF_DOCUMENT_TOKEN_TO_BE_REPLACED

Cristiano Ronaldo didn't help an already tense situation when he walked down the tunnel and left the stadium before the end of United's 2-0 win over Tottenham.

Man United and Ronaldo, however, are stuck with each other until January at the earliest, so they need to find a solution that works for both parties. Erik ten Hag may need to adopt an old Alex Ferguson tactic for keeping veteran players on-side.

The Scot would identify an upcoming game for older players such as Ryan Giggs, Paul Scholes and Gary Neville, and urge them to be ready as they would be starting the match. They would possibly miss two or three fixtures in the interim, but ringfencing games kept the players invested.

This trick may not work on Ronaldo, who wants to play every minute of every match, but it is worth trying. The 37-year-old might not be the right fit for this weekend's fixture against Chelsea, but upcoming games against West Ham and Aston Villa, two sides who will defend deep, could be ideal for him.

END_OF_DOCUMENT_TOKEN_TO_BE_REPLACED

Ronaldo is still a far better goal-scorer than Marcus Rashford, who missed several chances against Spurs. In the right match, with the right service, he will score. Ten Hag can punish Ronaldo for his act of petulance, but the better option would be to try to find a compromise. 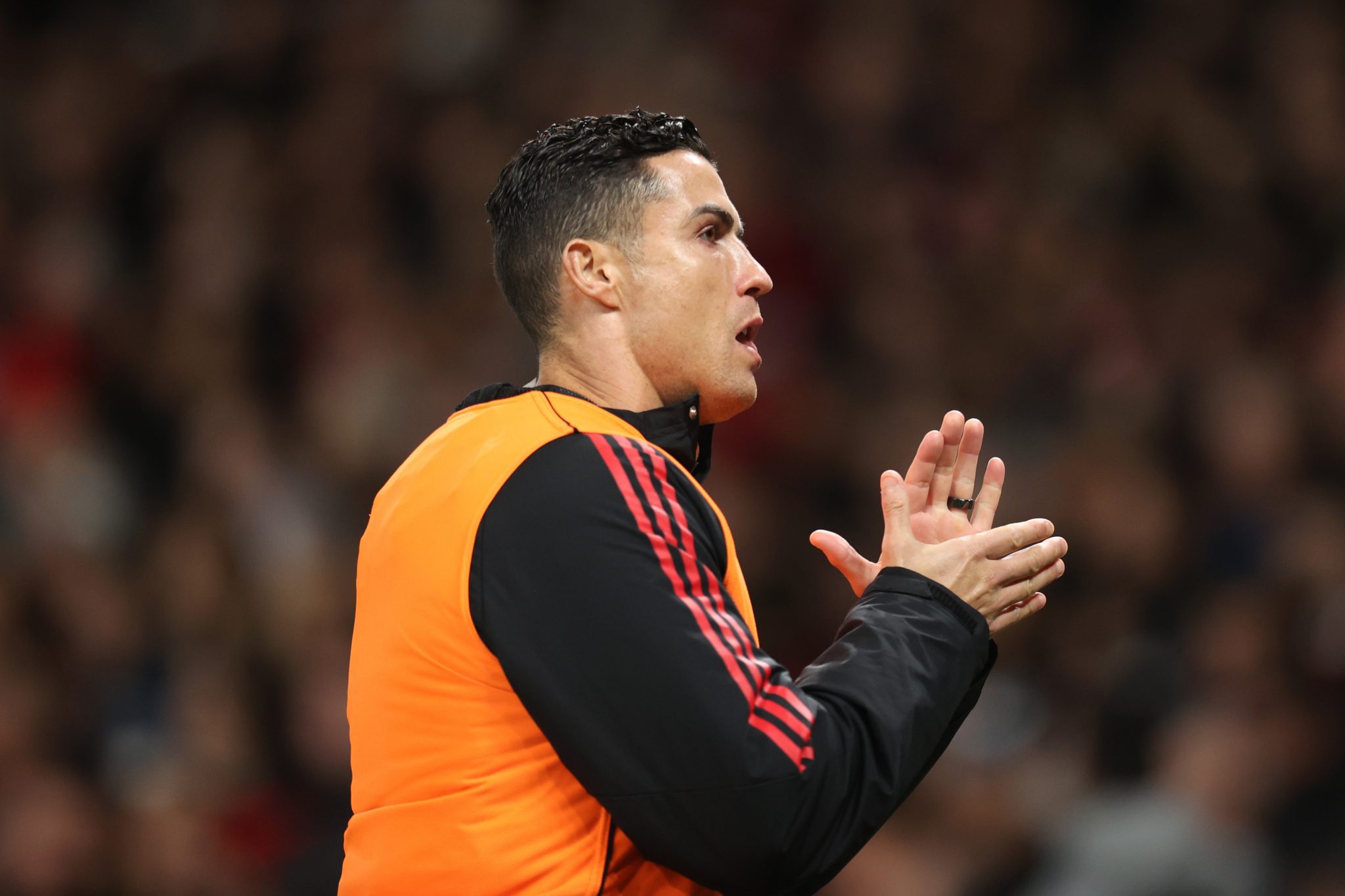 Kepa Arrizabalaga was once the world's most expensive goalkeeper and a regular for Spain. Yet, he suffered a dramatic fall from grace over the last two seasons.

The former Atletico Bilbao goalkeeper only played 11 Premier League games in the last two seasons. Yet, new Chelsea boss Graham Potter has restored Kepa to the starting XI, following Mendy's injury, and he has thrived.

Kepa has started Chelsea's last four Premier League matches and kept three clean sheets. He has conceded just one goal and currently has a save percentage of 94 per cent. Kepa is also benefiting from Chelsea's solid defence, who have conceded just twice under Potter.

The match against Man United will be his biggest challenge since returning to the team - the Red Devils had 28 shots against Spurs - but Kepa now looks like the elite goalkeeper Chelsea thought they had signed in 2019. 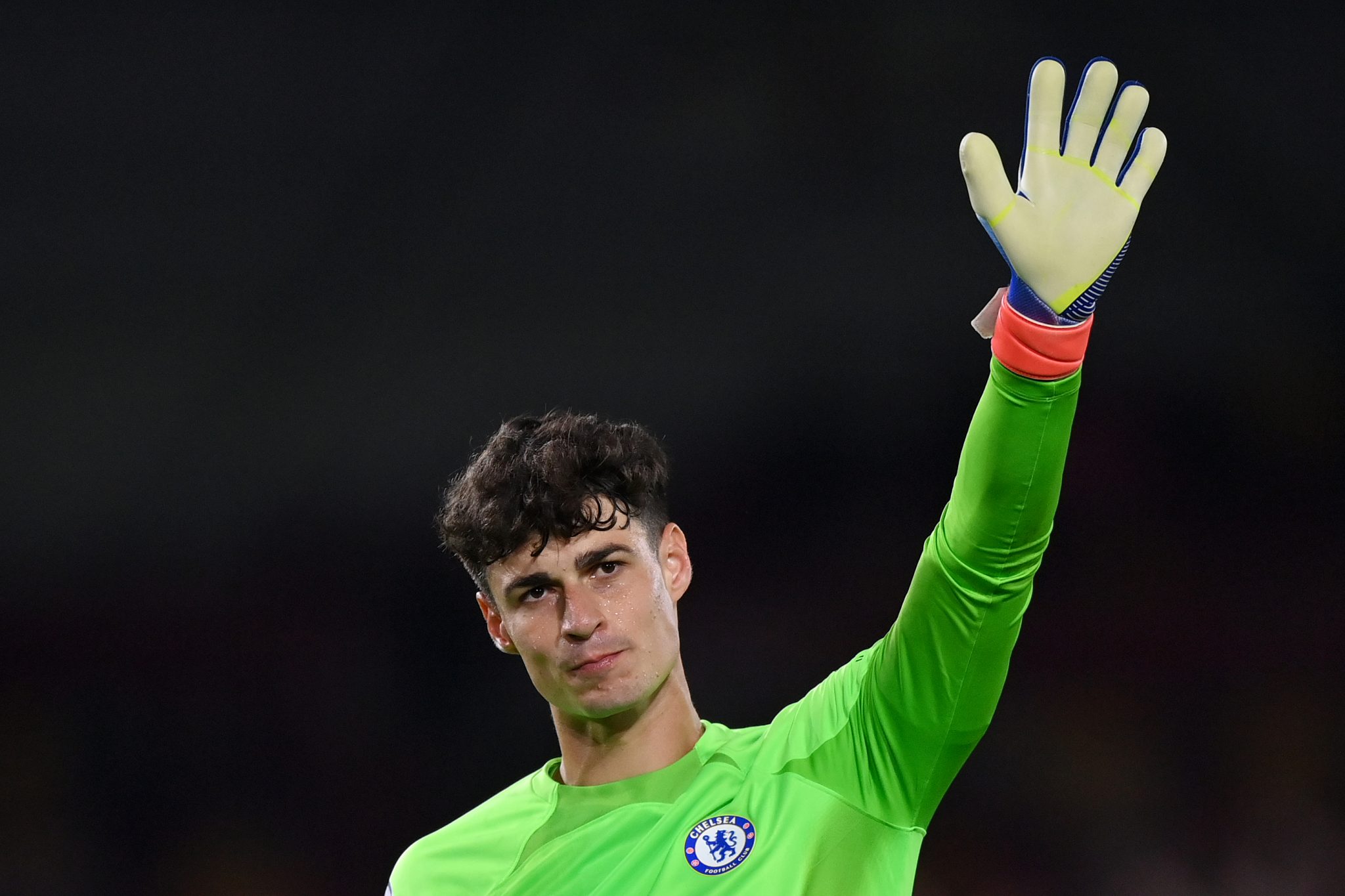 Fred scored for Man United and produced one of his best performances for the Red Devils in the 2-0 win over Spurs. Yet, it was his Brazilian midfield partner who provided the solid base for United's victory.

Casemiro showed why he was a central part of Real Madrid's Champions League-winning teams. The midfielder didn't give Tottenham a chance to grow into the game and enabled his teammates to excel.

Casemiro won four tackles, recorded two interceptions and received a standing ovation when he was substituted off before full-time. The 30-year-old also improved the performances of the players around him, with both Fred and Bruno Fernandes both playing their best games for United this season.

Casemiro is not only a clear upgrade on Man United's midfield from last season, but he could also end up being the club's best defensively-minded midfielder since Roy Keane.

Ten Hag's midfield still needs to be improved, but Casemiro's presence will only aid a team who have often crumbled due to their soft centre. 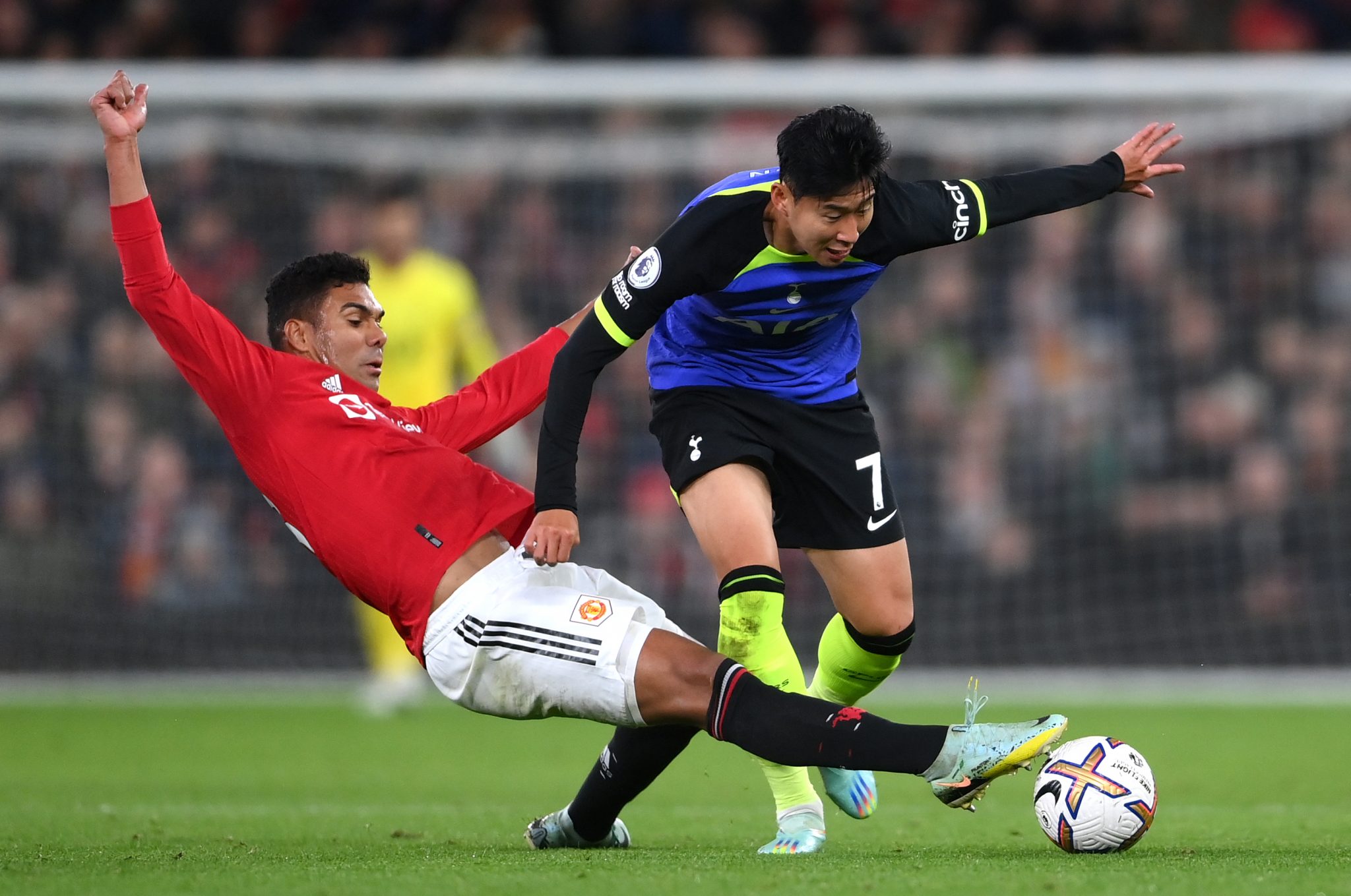 Chelsea are unbeaten under Graham Potter, who appears to have restored harmony following the tetchy final months of Thomas Tuchel's reign. It is very early days, but the signs are promising for the Blues under their new coach.

So, the key metrics are trending in the right direction. Todd Boehly's decision to sack a Champions League manager and replace him with the Brighton and Hove Albion coach is showing early signs of working out.

Yet, it is also true that Potter has had a favourable run of fixtures to settle in at Stamford Bridge. The visit of Man United on Sunday, ahead of games against Arsenal and Chelsea before the World Cup, could end Potter's honeymoon or be the making of the English coach at the Blues. 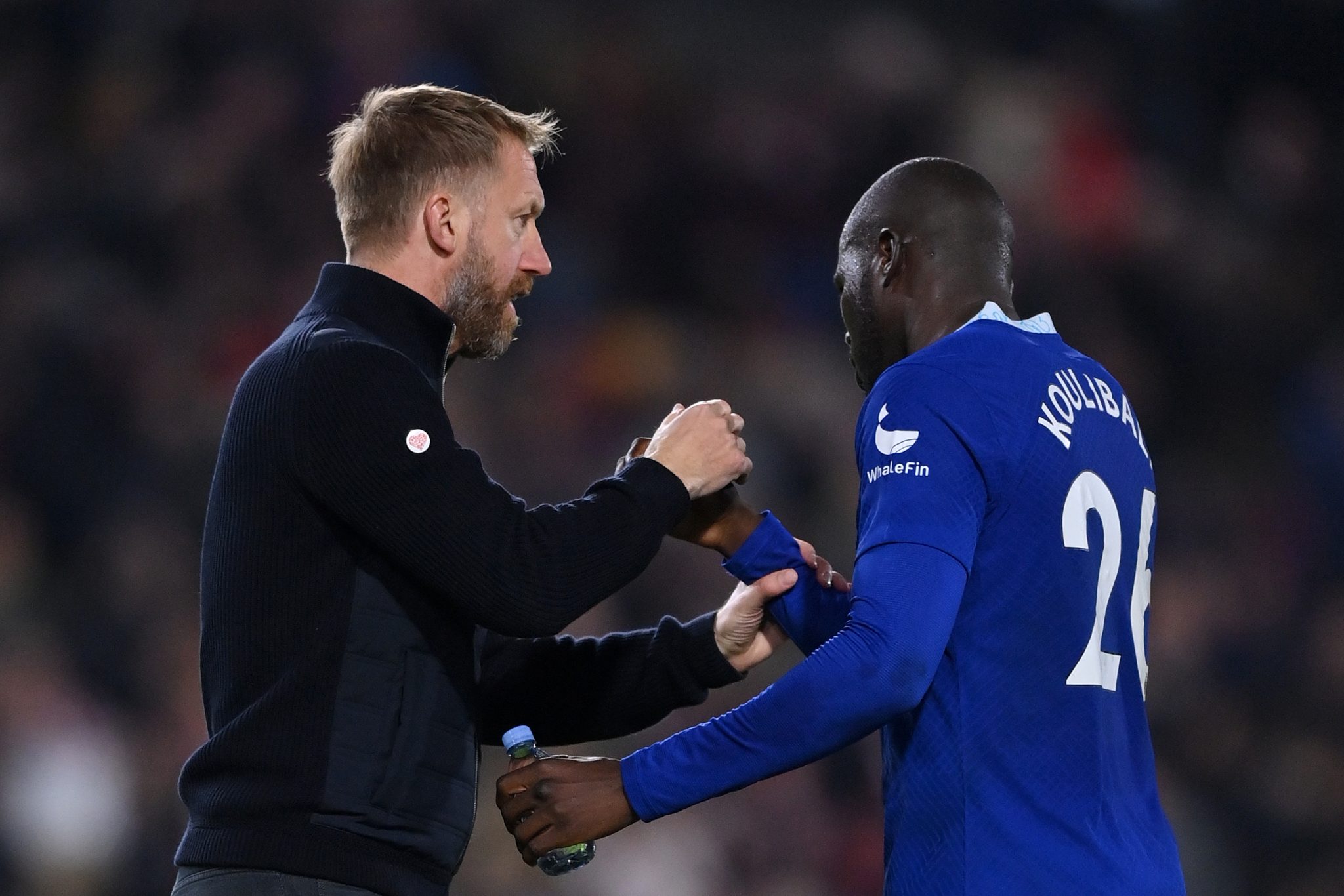 5. Bruno Fernandes must focus on what he does best.

Bruno Fernandes was back to his best against Tottenham Hotspur in Man United's 2-0 win. The Portugal midfielder scored the team's second goal, but his impact went far beyond finding the net.

Bruno's passing was crisp and precise, he won the ball back several times and played more key passes than anyone else on the pitch (9). Fernandes was brilliant, and looked more like the player who was United's talisman for his first 18 months at Old Trafford.

Yet, he still needs to regain the consistency that made him a star for United and to do so he must eliminate one aspect of his game - arguing with referees. 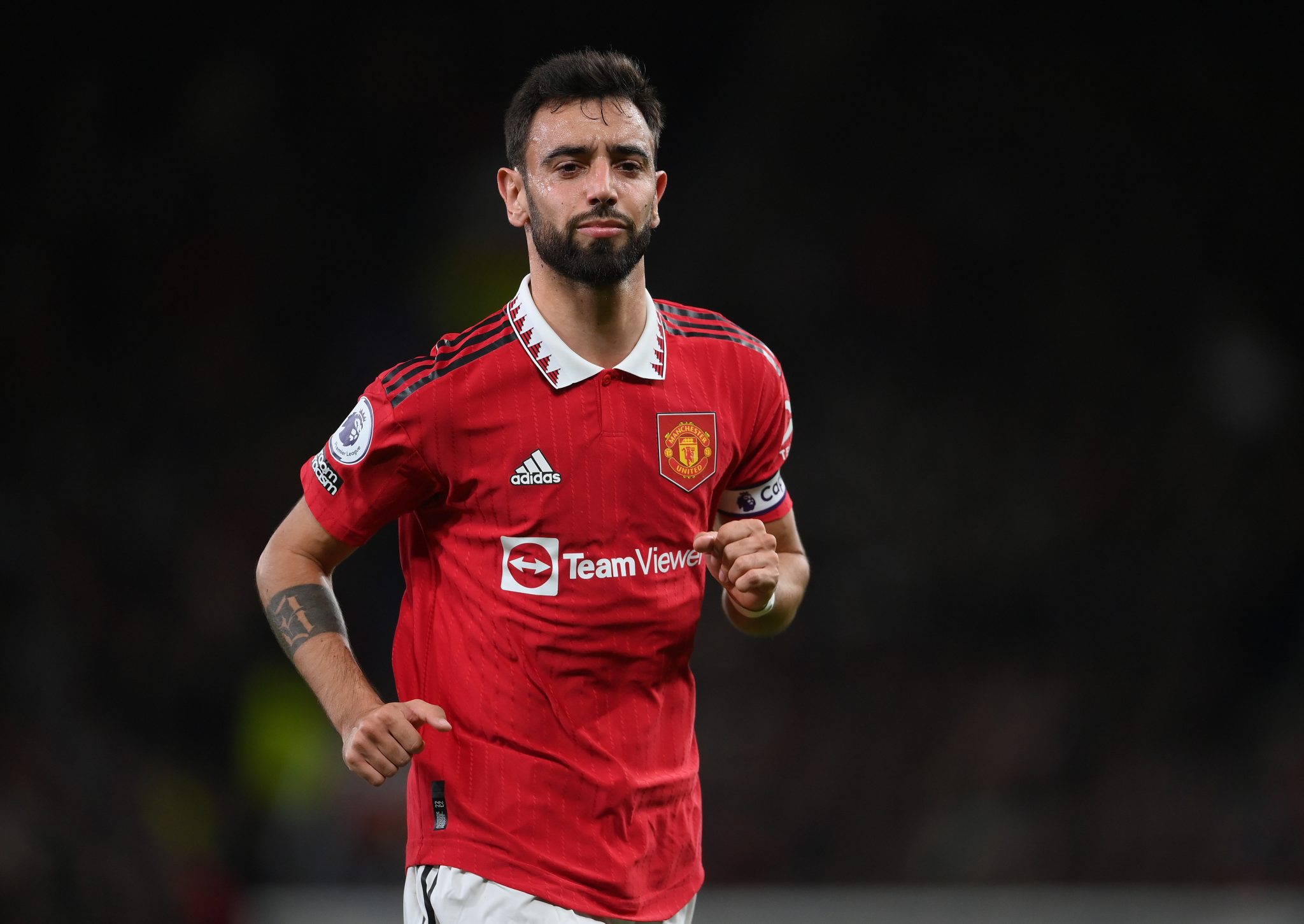 Bruno has been in a running battle with referees all season and it has not helped his team. Bruno's individual performances have also suffered. At times, it appears as though he is more focused on affecting the referee's decisions than he is affecting games with his ability on the ball.

Before the Spurs match, Fernandes had scored just once and registered a single assist in nine Premier League games this season. He had, however, been booked four times. It appears that as Fernandes' impact on the pitch has declined, his frustration with referees has grown.

In his first 51 Premier League games for Man United, Bruno scored 26 goals and registered 17 assists. He received just six yellow cards in those matches. In his last 46 appearances, Fernandes has scored 12 goals and registered seven assists and has been booked 14 times.

So, for the trip to Chelsea on Sunday, the Portugal midfielder must focus more on his own game than anything the referee does. Fernandes, as he showed against Spurs, doesn't need to spend the match moaning at the referee to make an impact on the proceedings.

Chelsea versus Man United is one of six Premier League games available to stream this weekend with a NOW Sports Membership and a NOW Sports Extra Membership.