Jadon Sancho and Declan Rice are both, perhaps sensibly, playing a wait and see approach.

Bruno Fernandes' transfer could be the catalyst for an upturn in Manchester United's summer fortunes.

Back in March, after Manchester United had just completed a superb comeback to eliminate Paris Saint Germain and reach the last eight of the Champions League. Gary Neville was asking Ole Gunnar Solskjaer where he wanted his statue, Chris Smalling had his best game of the season and even Fred was getting some love.

Within the space of two months, the roof had come in and United finished up 6th in the league and destined for Europa League football. Relegated Cardiff came to Old Trafford on the last day of the season and turned United over.

The club needed to get some fresh faces in the door and give fans hope that Solskjaer would have the time and backing to make a mark on the club. So far, Daniel James has been the only new arrival and the club are hyping their pre-season tour by sharing a video interview with their third-choice goalkeeper:

Who's looking forward to this summer's #MUTOUR, then?

United's desperation to mix it with the likes of Manchester City and Liverpool, who shared the four big trophies last season, has seen players and agents link themselves with moves. When United are involved - even when they are never actually involved - the price goes up 20%.

The club has been linked with over 30 players in the past month but there has been genuine interest in the likes of Sancho and Rice. The young England internationals are both said to be wary of moving to this United squad in its current state. Both are prepared to carry on, for Dortmund and West Ham respectively, in 2019/20.

END_OF_DOCUMENT_TOKEN_TO_BE_REPLACED

Matthjis De Ligt is in the middle of a tug-of-war between several of Europe's top sides and Juventus are the newest team to fancy their chances. United would love to get the Ajax defender but look way down the list. Even Mats Hummels has reportedly rejected a high salary at United to return to Dortmund.

Some good news is needed, for the club, their manager and their fans. That could come from Portuguese publication Correio da Manha. The oulet is reporting that Bruno Fernandes' agent met with representatives of United and Tottenham in London this week. 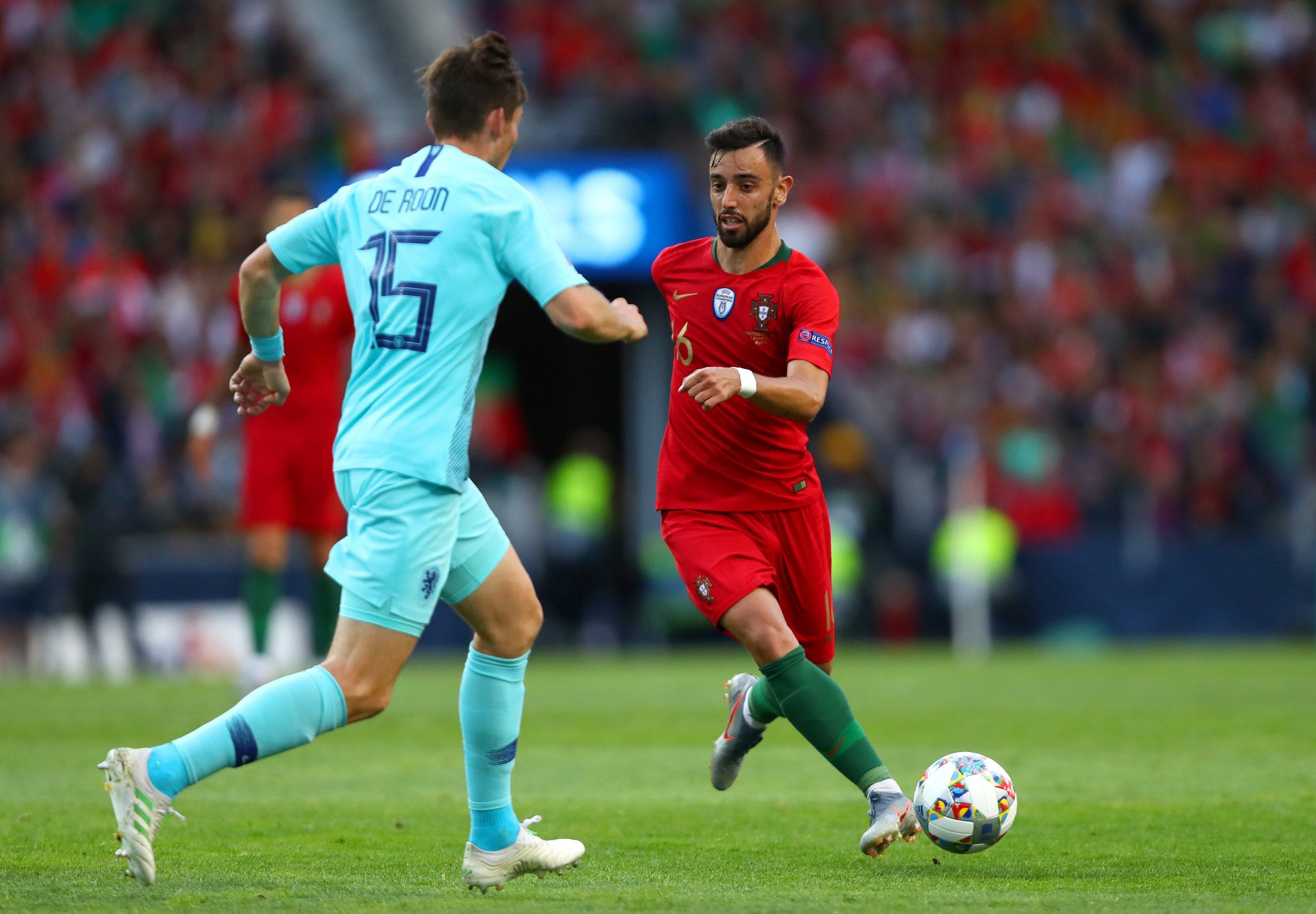 Sporting Lisbon want £62m for the attacking midfielder (31 goals and 19 assists last season) but United could have their man for closer to £49m. Both United and Tottenham were said to have offered similar pay deals and Fernandes is siding with the 20-time league champions due to their 'history and mystique'.

United are thought to be close to adding Aaron Wan-Bissaka (Crystal Palace) to their squad for next season, where he would join Daniel James. Get Bruno Fernandes signed, too, and Solskjaer can start plotting for next season with more confidence.


popular
QUIZ: Name the blurred Premier League stars | Part 2
The SportsJOE 12 o'clock quiz | Day 7
The SportsJOE 12 o'clock quiz | Day 6
QUIZ: How well do you know Manchester United players of the 90s?
The SportsJOE 12 o'clock quiz | Day 5
"I'd play 18 holes of Pitch n Putt" - Jack O'Shea's All-Ireland final prep pure class
QUIZ: Name the players to have scored the most penalties in Premier League history
You may also like
4 weeks ago
"The day Dean Henderson comes back, he's obviously fighting to play"
4 weeks ago
"I would have lynched him after that" - Roy Keane
1 month ago
Four features of Mason Greenwood's goal vs Watford that shows he is going to the very top
1 month ago
Carragher pushes all the right buttons and Keane delivers in gold
1 month ago
Harry Gregg: the goalkeeper who saved a family
1 month ago
Three players Solskjaer wants compared to three Man United are after
Next Page