After years of saving his side's skin, David De Gea appears to be a crestfallen shadow of himself.

At the end of the 2017/18 season, Jose Mourinho looked to be getting to grips with Manchester United. The club had exited the Champions League meekly but they achieved their highest league position since Alex Ferguson departed, in 2013, and had finished runners up in the FA Cup.

A summer of smart recruitment, Alexis Sanchez kicking on in his first full season with the club, and further advancement of academy prospects were the goals as the World Cup in Russia became the football world's next focus. Sort those three areas and United would not be far off challenging cross-town rivals Manchester City for their league title. 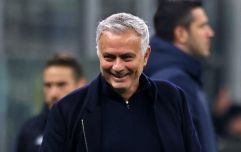 END_OF_DOCUMENT_TOKEN_TO_BE_REPLACED

Heading into that summer, David De Gea won the 'Matt Busby Award' for United's Player of the Year. Voted for by the United fans, the Spaniard claimed the accolade for the fourth time, surpassing the record of three that he had previously shared with Cristiano Ronaldo. De Gea conceded only 28 goals in 37 league appearances and three in six Champions League outings.

His stock had risen high enough for the argument that he was United's best ever goalkeeper - ahead of Peter Schmeichel and Edwin van der Sar - was one that had some heft to it. Mourinho claimed that finishing second with United - albeit far adrift of City - was one of his greatest achievements in football and De Gea was the primary reason for it. 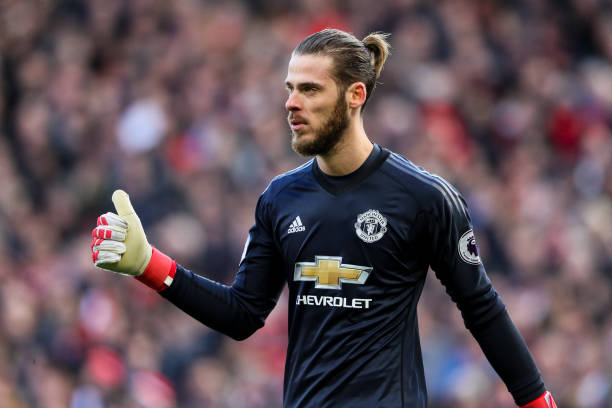 Ahead of the 2018 World Cup, however, De Gea was responsible for a couple of errors in warm-up games for Spain. What appeared to be blips can now be looked back on, with 18 months passed since then, as the start of a worrying decline in form.

END_OF_DOCUMENT_TOKEN_TO_BE_REPLACED

With De Gea in goal, Spain conceded six goals in four games and were eliminated in the second round after a penalty shoot-out loss to Russia. In that shoot-out, De Gea was beaten four times from four shots and allowed Aleksandr Golovin's low effort in under his body. He returned back from that tournament with his confidence shaken and the Spanish public questioning his position as No.1.

A couple of months off 28, De Gea had entered his final two years of a United contract that expired in June 2020. He, like Jose Mourinho, would have been hoping for defensive re-enforcements but only one arrived - Diogo Dalot (a full-back from Porto). At the same time, Daley Blind left United and returned to Ajax.

With Eric Bailly and Marcos Rojo incredibly injury prone, De Gea lined out for the 2018/19 season behind a defence of Ashley Young (30 league appearances), Victor Lindelof (30), Luke Shaw (29) and Chris Smalling (24), with Phil Jones (18) the not-so-able deputy. Having held back the attacking tides for season after season, De Gea was engulfed. 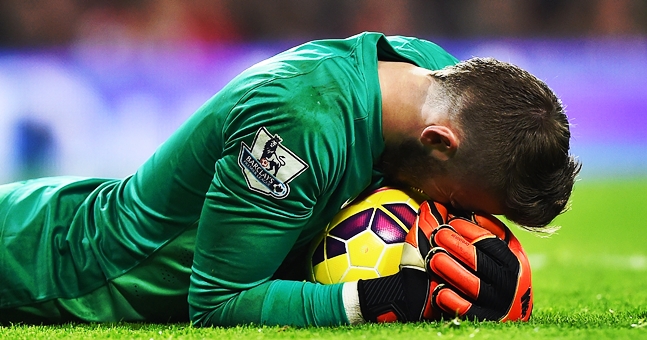 END_OF_DOCUMENT_TOKEN_TO_BE_REPLACED

Under Mourinho and then Ole Gunnar Solskjaer, when he took over in mid December 2018, United conceded 54 goals, their worst ever return in a  Premier League season. De Gea had fought the good fight for long stretches of that season but the wheels came off in the final two months. Week after week saw him making howlers or conceding goals he never would have in the past.

Solskjaer stuck by the United No.1 at the time and the club went several steps further when, in September 2019, they offered him a three-year contract extension with an 80% pay bump. Upon announcement of the deal, Solskjaer stated:

"Over recent years, David has proved himself to be the best in the world and a vital part of our plans as we look to take Manchester United back to where it belongs."

In the space of a season, De Gea had conceded almost double the amount of goals and had been responsible for a raft of mistakes. With only Paris Saint Germain mooted as a serious transfer threat, United still felt it prudent to up De Gea's weekly wage by over £170,000 (he went from £200k to £375k). Whoever negotiated his contract had an absolute flyer.

The hope, for United, would be that marginalising Phil Jones and Chris Smalling (loaned out to AS Roma) and bringing in Harry Maguire and Aaaron Wan-Bissaka would shore up the United defence. It has, but not as dramatically as all associated with the club would want.

Currently in fifth place in the league, United have leaked 25 goals in 21 games. They have kept just three clean sheets all season and the festive period saw their defence badly exposed again. 2-0 defeats to Watford and Arsenal have slowed the momentum provided by the early December wins over Tottenham and Manchester City.

Against Watford - a side that had connected more times with fresh air than the actual football in the Liverpool penalty box - De Gea allowed a tame Ismaila Sarr effort to bounce in off his face. He was then beaten by a penalty from Troy Deeney who, for the third time in a row against him, blasted his kick straight down the middle.

He was quiet on social media over Christmas, after that game, but re-appeared after United's 2-0 away win over Burnley:

Away win +3⃣
Ending the year with a good performance ✅
And finally a clean sheet 😉 pic.twitter.com/gWKY1bcOmW

There was no tweet forthcoming after another shaky De Gea performance, this time against Arsenal. The biggest worry for United supporters in that 2-0 loss would have been the sight of a feckless Gunners side out-running, out-working and out-playing their team. The form of De Gea can not be overlooked, however.

There was not much he could do for Nicolas Pepe's opener but he almost gifted the same player a second goal with a dreadful clearance before he proved unable to deal with an Arsenal corner, which led to Sokratis making it 2-0. An inswinging corner was flicked on and De Gea, planted on his line, fell back as he weakly palmed the header into the back of Lindelof and teeing up Sokratis to crash the rebound home.

As the United players trudged back towards the halfway line, De Gea stood with his head bowed. He is back in a rut and United are suffering as a consequence.

United's next two games are in the FA Cup (Wolves) and League Cup (Man City). This could prove the perfect time for Solskjaer to pull his No.1 out of the fray and give Sergio Romero a couple of starts. The Argentine has a clean sheet record of 60% plus during his time at Old Trafford and could surely do no worse than his rival for that starting role.

United, circa 2013-2020, have form in paying vast wages to benched players but Ed Woodward and his cohorts may blanch at the prospect of paying £375,000 a week to a goalkeeper to warm their bench.

It is not surprising that De Gea has been dragged down to the hapless level of so many of his United colleagues. The only surprise is that it has taken so long.