Manchester United have approached Mauricio Pochettino over the possibility of replacing under-fire manager Ole Gunnar Solskjaer, according to a report in the Manchester Evening News.

The report claims that United have made contact with Pochettino's representatives, despite the club being reluctant to sack Solskjaer, whose side have begun the season in disappointing fashion, losing three of their opening six league matches to leave them 15th in the Premier League. All three defeats have come at home.

Up until this week, United's Champions League form had offered solace for Solskjaer, with impressive wins against Paris Saint-Germain (2-1) and Red Bull Leipzig (5-0) in their opening two group games.

However, an insipid 2-1 defeat away to Istanbul Basaksehir on Wednesday night has massively increased scrutiny on the Norwegian and led for calls for his tenure at the club to come to an end.

Pochettino, who has been out of work since leaving Tottenham Hotspur at the end of 2019, appeared on Sky Sports' Monday Night Football last week and spoke of his desire to return to management. 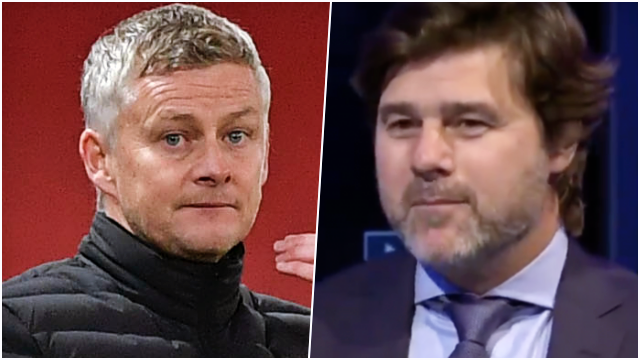 He has long been linked with Manchester United during Solskjaer's consistently inconsistent reign at the club, with supporters in recent days calling for the club to hire him.

popular
The SportsJOE 12 o'clock quiz | Day 286
Alex Ferguson's dismissive comments confirm truth about Jordan Henderson
Wayne Rooney story about Memphis Depay shows why he failed at Manchester United
"There were some tough battles but I was happy to test myself against the best"
"The divil you know is better than the divil you don't" - Larkin stands by Cody
QUIZ: Can you name the Scottish football cult heroes?
QUIZ: Name the clubs to have lost in every Champions League final
You may also like
3 days ago
Paul Pogba's reward for Burnley bullet by may be seat on Anfield bench
3 days ago
QUIZ: Name the Man United XI from the last time they led after 17 games
3 days ago
Gary Neville apologises for his commentary during Burnley vs Man United
4 days ago
Harry Maguire furious as Robbie Brady avoids punishment for Cavani challenge
4 days ago
Arsene Wenger claims he 'did not see' Pizzagate, blames Man United
1 week ago
Four senior Man United players should be heading off before January ends
Next Page