Kane is the missing piece in Pep's jigsaw

Harry Kane looks close to the 'EXIT' door at Tottenham, but the final step is proving the hardest.

Alex Ferguson once described negotiating with Tottenham chairman Daniel Levy as more painful than his hip replacement. From the various sagas we have witnessed over the years, it sounds about right.

END_OF_DOCUMENT_TOKEN_TO_BE_REPLACED

Levy is a famously canny operator, who refuses to bow to the demands of bigger clubs coming to poach his most valuable assets. But if there's one thing we've learned from his high profile dealings in the past - think Gareth Bale, Luka Modrić, Dimitar Berbatov and Kyle Walker - it's that Levy will eventually sell. He'll just make sure you never want to negotiate with him again in the process.

Monday's news of Harry Kane failing to report for training at Tottenham threw a spanner in the works of the transfer story dominating the headlines at the moment, as Spurs' star man risked losing his legendary status at the club in order to force a move to Premier League champions Manchester City.

Word is Levy remains adamant Kane will not leave this summer, but he is a businessman, and if City Football Group dig up enough money, one would assume the transfer will eventually go through.

However, Man City are also chasing Aston Villa's Jack Grealish to add a new dimension to their midfield trio. With both players set to cost City at least £100 million each, the Manchester Evening News have reported that City will not be able to sign Kane if they are successful in their pursuit of Grealish - unless they make enough money back from player sells to facilitate the double swoop.

But if it is indeed a choice between the two England stars, City should be prioritising the acquisition of Kane, rather than Grealish, with a gaping, number 9-shaped hole in Pep Guardiola's squad. 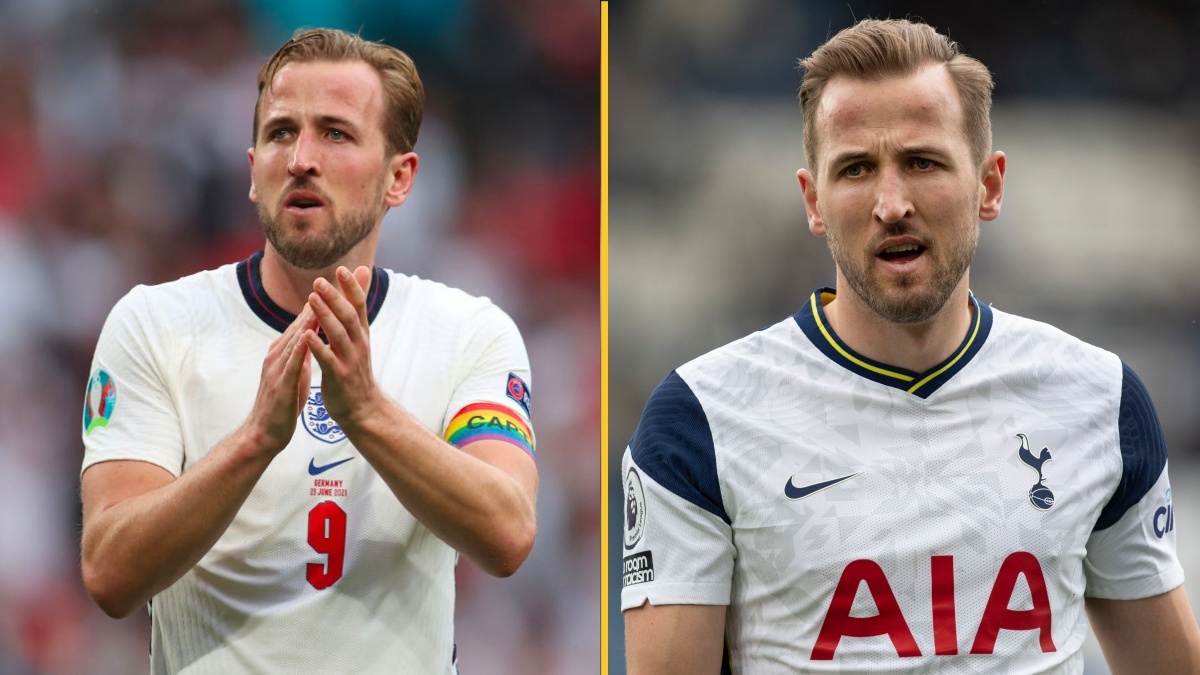 END_OF_DOCUMENT_TOKEN_TO_BE_REPLACED

City excelled for much of last season with no recognised striker on the pitch - the fluid 4-2-4 system with an attacking quartet of Phil Foden, Bernardo Silva, Kevin De Bruyne and Riyad Mahrez produced some of the best football of the Guardiola era.

However, if they are to make that final step to winning the Champions League, there is no better player than Kane to elevate the side to that level.

END_OF_DOCUMENT_TOKEN_TO_BE_REPLACED

As many pundits pointed out last season as if it was a Jose Mourinho brainwave (it wasn't, he's done it for ages), Kane is the type of striker who likes to drop into pockets of space and make use of his exceptional passing range, linking up with wide forwards who run beyond the defence, whether that player be Heung-min Son at Tottenham, or Raheem Sterling with England.

This suits City right down to the ground, given Guardiola's preference for a complete number 9, who can press, finish, drop deep, link up play and run in behind to score 25 goals a season. Kane is the most Pep forward on the planet who is yet to play for Pep.

And with Sergio Agüero now gone - a player who, for all his brilliance, was never quite that complete forward - City do need a new striker.

Grealish would also certainly bring a new dynamic to the midfield; playing as the left sided number 8, his ball carrying would be a hugely valuable asset to City as they look to break down deep, resilient defences. But ultimately, there are other players in the squad who can do a similar job, namely Bernardo Silva, Foden, and of course, De Bruyne.

One must also consider the fact that Guardiola has just two years left on his contract at City, after which he will almost certainly move on - he's already stayed at City for longer than he spent at either Barcelona or Bayern Munich as first team coach.

The next two seasons look likely to be Guardiola's last chance at laying hands on the illusive Champions League trophy, and the club should therefore be looking to take full advantage of the time they have left with him. If that means making a choice between signing one of Kane or Grealish, as opposed to both, they should prioritise Kane. He's the missing piece in Pep's jigsaw.


popular
Roy Keane's issue with Argentina star could rival Graeme Souness and Paul Pogba
'I was so stressed the week before the All-Ireland and I ended up having a panic-attack' - O'Shea and O'Sullivan open up
Roy Keane cracked up Ian Wright and Gary Neville with England team spirit remark
Roy Keane takes moment on TV to pay tribute to his old team in Cork
The nine England World Cup footballers who could have played for Ireland
Lionel Messi makes Gary Neville eat his words after "silk pyjamas" comment
Roy Keane shoots down ITV presenter's 'excuse' for England's draw with USA
You may also like
1 day ago
Full player ratings as England are held to a goalless draw against USA
1 day ago
Japan fans explain why they clean up after World Cup matches
2 days ago
The SportsJOE Friday Pub Quiz: Week 2
2 days ago
World Cup 2022 Day Six: All the major action and talking points
2 days ago
Clairvoyant otter predicted Japan's World Cup win over Germany
2 days ago
Amancio Ortega interested in buying Man United from Glazers
Next Page