Erling Haaland, it turns out, is quite good. All that talk of him being a fraud or 'Scandi Carroll' for missing one late chance in the Community Shield appears to have been a little bit premature.

After shovelling in goal after goal after goal since joining Manchester City over the summer, Haaland - after a break of, what, two months? - is now seeing his name appear in the transfer gossip columns once again.

Haaland: Quite good at doing goals 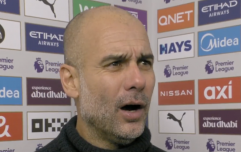 END_OF_DOCUMENT_TOKEN_TO_BE_REPLACED

Naturally, it's Real Madrid who are believed to be sniffing around. Having been so spectacularly jilted by Kylian Mbappe in the summer, Florentino Perez appears to be setting his sights on a move for the big Norwegian in the next couple of years, with a rumoured clause in his deal at The Etihad opening the door for a move to Spain as soon as 2024.

The still-only-22-year-old's representatives' insistence that he had a release clause in his contract famously scuppered his chances of joining Manchester United in 2020. Borussia Dortmund were happy to grant them their wish, so he moved there instead. 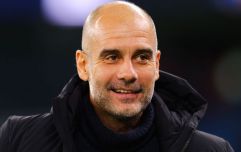 "Absolutely not!" - Pep Guardiola delivers his best ever interview as Man City boss before stalking off

END_OF_DOCUMENT_TOKEN_TO_BE_REPLACED

City are reported to have done the same, with the clause the subject of discussion on El Chiringuito, with Fernando Sanz - a former Real Madrid defender and son of ex-president, Carlos - believing Real are in a good position to take advantage of it.

"The information I have is that there is an exit clause for Haaland in the second year, and the curious thing is that with very beneficial conditions compared to the rest for a club, which is Real Madrid ," he said. 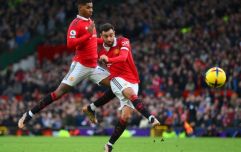 END_OF_DOCUMENT_TOKEN_TO_BE_REPLACED

He added: " Haaland puts in a clause that allows him to leave after two years but with priority for Real Madrid. Madrid puts up whatever money it takes and takes Haaland without talking to City."

Reports earlier in the year said that the clause would allow Haaland to leave City for €200m in 2024 with the figure dropping to €175m a year later. There's probably no point even trying to work out what this works out as in sterling at this moment in time.

Understandably, given his explosive start to life in Manchester, City are, according to Mundo Deportivo, already working on a plan to renegotiate his terms and nullify the clause.

Alfie Haaland, Erling's dad, had made it known in the documentary 'Haaland, the big decision' that his son intends to play in several leagues throughout his career.

"I think Erlingwants to test his abilities in all leagues, then he can stay in them for three or four years at the most," he said.

So that's that then. Haaland to be linked with a transfer pretty much ever week for the next decade and a half.


popular
Kilmacud Crokes to counter Glen's objection over extra players in All-Ireland final
"He's a serious specimen, 6 ft 3 as well, so he's an incredible athlete" - Geaney hails O'Connor's impact
"It's very clear how I felt about it. I had a very definite view on it" - McEntee on Dunboyne's 2005 semi-final saga
January transfer window 2023: Follow the latest updates live in our hub
Roy Keane on Man United's two most improved players since Ronaldo left
"He didn't give me that jersey back!" - Johnny Sexton on new rival Jack Crowley
The two toughest calls in Ireland team to face Wales are in the backline
You may also like
1 week ago
Gary Neville: "Jurgen Klopp is equal to or better than Pep Guardiola"
1 week ago
Details emerge of Old Trafford tunnel altercation involving United and City players
1 week ago
Petr Cech slams Bruno Fernandes' controversial goal on social media
1 week ago
"I know where we play" - Pep Guardiola goes to town over controversial United victory
1 week ago
Manchester City absolutely livid with controversial Bruno Fernandes goal in derby defeat
1 week ago
Pep Guardiola makes huge claim about this Erik ten Hag's Manchester United team
Next Page