Shaw is now in the form of his life.

Luke Shaw has opened up about the difficult spell he endured under the management of José Mourinho at Manchester United.

During Mourinho's two-and-a-half-year spell at Old Trafford, Shaw was often scapegoated in the press by his manager and came under severe scrutiny for any sub-par performance.

END_OF_DOCUMENT_TOKEN_TO_BE_REPLACED

Having recovered from a horrific leg break in 2015, Shaw found it difficult to reclaim his place in the team, and was often benched in favour of Ashley Young, whose mutation into a full-back and supposed reliability limited Shaw's game time.

Speaking to Gary Lineker on the BBC, the 25-year-old said "It was a very hard time, a couple years back, when I wasn't playing, wasn't even involved." 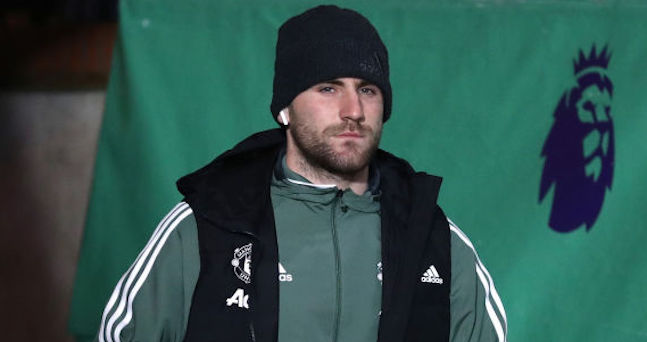 "I've always believed in myself. I think there were times when people were thinking maybe I could leave.

END_OF_DOCUMENT_TOKEN_TO_BE_REPLACED

"But like I said, I always believed that one day, I'd be able to fight my way back and get into the team, and show people what my qualities are.

"I feel like I'm starting to do that now. But there's still much more to come, I think. And I'm still quite young, so I've still got time to improve."

Lineker asked Shaw about Mourinho's public comments regarding his performances and how they affected him.

"It was very difficult," Shaw said. "I think, sometimes I wasn't able to get my word across. A lot of people were behind me here, so I knew I had that sort of backing.

END_OF_DOCUMENT_TOKEN_TO_BE_REPLACED

"But I just needed to keep quiet and put my head down.

"A lot of people were saying a lot of negative stuff about me. I just look back at it as a learning curve and something that's improved me as a person, off the pitch, not just on the pitch."

Shaw explained that while he made changes to his lifestyle, "the main thing was to never give up."

"I knew I needed to just believe in myself more, work hard and my chance will come again.

"You always have some doubts. I've been very unfortunate at times to pick up injuries but I've always believed that I can be an important player here.

"You want to be here and show people what you can do.

"Hopefully I can keep doing that and proving people wrong."


popular
Clive Woodward happy to 'eat humble pie' after bold comments about Ireland
Man United could be blocked from playing in the Champions League next season
Man City expect Pep Guardiola to leave
"He rode him like a machine rather than a racehorse" - Mullins doesn't spare Townend as second string come good
The Ireland team Andy Farrell needs to start when France come to town
Josh van der Flier's post-match recovery routine could spark a bracing trend
Matt Williams wants two changes and Peter O'Mahony benched for Ireland vs. France
You may also like
23 hours ago
Man United vs Leeds: Why the game won't be shown on Irish TV
2 days ago
Erik ten Hag draws up three-player transfer wishlist for summer window
3 days ago
Man United ponder appeal as new footage of Casemiro red card incident emerges
3 days ago
Man United squad don't want Mason Greenwood back in changing room
4 days ago
Alex Ferguson on how Owen Hargreaves was 'one of the most disappointing' signings he made for Man United
5 days ago
Juventus are reportedly ready to terminate Paul Pogba's contract
Next Page