Get your tickets and get them early. That's right, Wes is in town.

The Republic of Ireland have announced an international friendly with Uruguay set for Sunday 4 June.

Martin O'Neill's men host Austria in the World Cup qualifiers on June 11 2017 and the match with the South Americans will act as a warm-up. 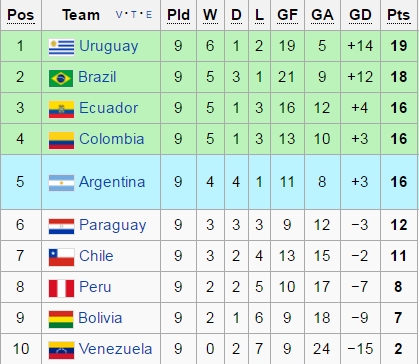 END_OF_DOCUMENT_TOKEN_TO_BE_REPLACED

Luis Suarez and co are currently top of their own continental qualification process and are placed ninth in the FIFA World Rankings at present.

Ireland welcomed Uruguay to Dublin back in 2011 and lost out 3-2 and, after Thursday night's performance against Georgia at home, not many might fancy their chances this time round either.

The FAI teed up the news on Friday morning but some issues are still wrangling.

You're going to care about the LOI?

It's just not the time for good news - or what is presumably being taken as indifferent news.

Is that it? The big anouncement? WOW!

Just be thankful it's not Oman, lads.


popular
The FootballJOE Pub Quiz: Week 11
O'Hora and Keegan hammer into each other, both of them only revelling in it
Man United experiencing their Bishop Brennan getting kicked up the arse moment
McBrearty has dramatic equaliser ruled out as Naomh Conaill win Donegal grudge game
Man United's tactical issues summed up in six shocking screenshots
Jesse Lingard seeks to clear up what United fan shouted when he was warming up
Manchester United players 'lose faith' in Solskjaer after Liverpool pasting
You may also like
2 weeks ago
Claiming Callum Robinson has 'silenced his critics' with goals misses the point
2 weeks ago
Chiedozie Ogbene gives a brilliant interview after leaving Nemo Rangers behind to chase soccer dream
2 weeks ago
Callum Robinson performance shows Ireland what could have been
2 weeks ago
Adam Idah ready to play, but Ireland hit with late blow ahead of Azerbaijan clash
2 weeks ago
The Ireland XI that should get a much-needed victory in Azerbaijan
2 weeks ago
Callum Robinson says he is not vaccinated, despite having COVID twice
Next Page