Ramsay will be Liverpool's third transfer of the summer.

Liverpool are set to sign teenage full-back Calvin Ramsay from Aberdeen, the club's third and 'final' transfer of the summer transfer window.

According to reports, Liverpool will not make any more incoming transfers before the new season kicks off in August.

The Reds, however, are still expecting some first-team players to leave, with Sadio Mane, Alex Oxlade-Chamberlain and Takumi Minamino among those who could exit Anfield. 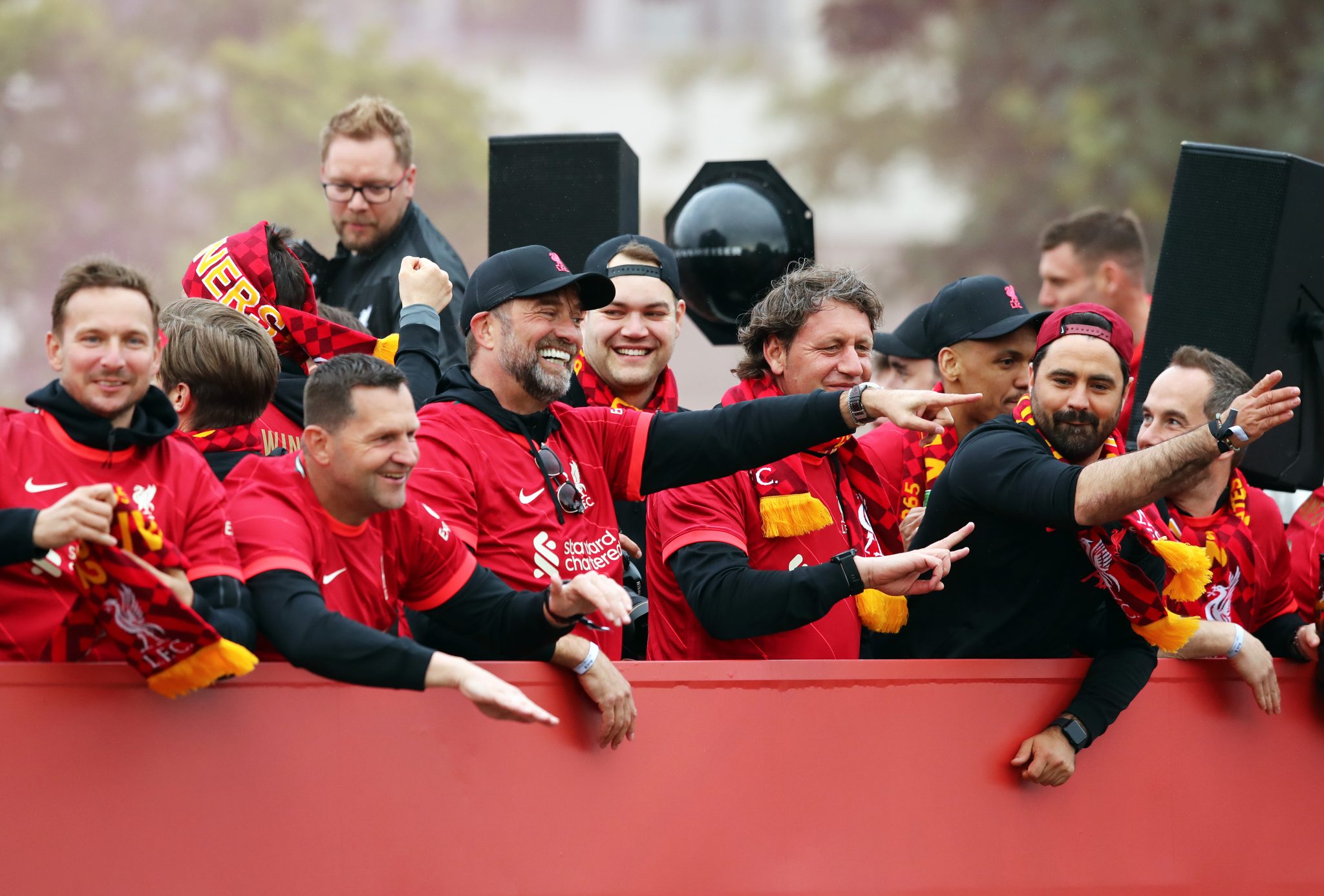 Liverpool are on the verge of signing Ramsay from Aberdeen, according to multiple reports. Ramsay, 18, will cost the Reds an initial £4m, and potentially another £2.5m in add-ons.

According to Sky Sports, Aberdeen initially wanted £10m for the player. Liverpool, however, were able to negotiate a lower fee for the talented defender, who was named SFWA Young Player of the Year last season.

BREAKING 🚨: Liverpool have agreed a deal worth up to £6.5m for Aberdeen right-back Calvin Ramsay 🔴 pic.twitter.com/uLXuaRnYUA

The right-back made 39 appearances for Aberdeen over the last two seasons after coming through the academy at his home town team. Ramsay has also represented Scotland at Under-16, Under-17 and Under-21 levels.

END_OF_DOCUMENT_TOKEN_TO_BE_REPLACED

The Times and The Telegraph report that Ramsay will be Liverpool's 'final' incoming transfer of the summer window. The Reds want to sign a midfielder but will wait until the summer of 2023 to do so.

Liverpool's primary midfield target is Jude Bellingham, and they will continue to monitor the England and Borrusia Dortmund star over the coming season. 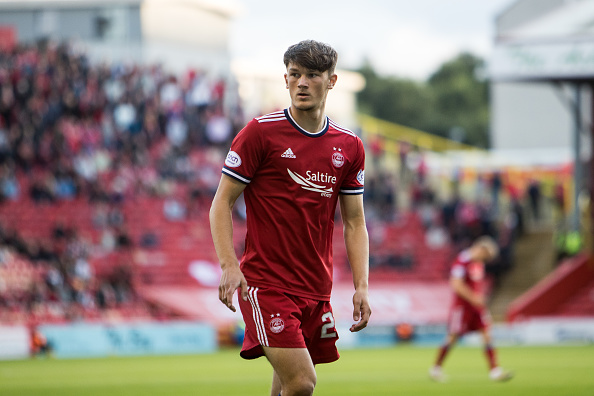 The Reds landed Uruguayan striker Darwin Nunez, 22, from Benfica in a transfer worth an initial £64m earlier this week. They also signed Fabio Carvalho from Fulham. The 19-year-old attacking midfielder joined the club for an initial fee of £5m.

According to reports, Liverpool are waiting for Bayern Munich to make a third offer for Mane, who has expressed his desire to leave Anfield.

The club will also listen to offers for Oxlade-Chamberlain and Minamino, with the Japanese midfielder being tracked by Ligue 1 sides Monaco and Lyon. 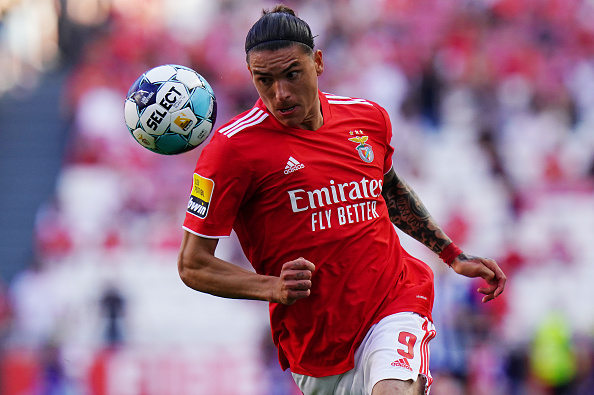 Liverpool's transfer operations have been almost flawless over the last few years, and have been a massive factor in the club's success under Jurgen Klopp.

The Reds' work in the transfer market is ahead of most of their rivals, but, once again, they have shown that they are light-years ahead of Manchester United, their so-called rivals.

As Liverpool finalise their squad for next season and bring in their final transfer of the summer, Man United have yet to sign a new player.

The Red Devils need to overhaul its squad and bring in several new players to make them competitive again after their worse season in decades.

Yet, Erik ten Hag, the club's new manager, has yet to receive any reinforcements. 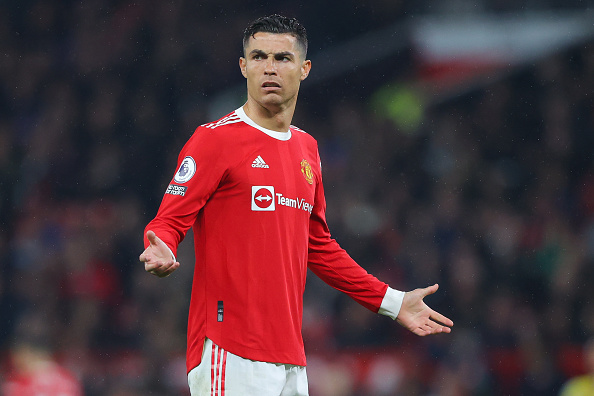 Man United have so far spent the summer chasing Frenkie de Jong, the Dutch midfielder who has said he does not want to leave Barcelona. While Man United reportedly don't want to 'pay over the odds' for him.

Meanwhile, the Red Devils have yet to make progress addressing the other problem positions in their squad - all across the defence, in central midfield and up front.  It appears that the club are incapable of signing multiple players at once. And the only players who have left Old Trafford this summer so far are those who were out of contract, which puts their transfer dealings under further scrutiny.

All the while, Liverpool are refreshing their squad and appear to be in an even stronger position than last season despite being on the verge of losing their best attacking player, Mane.


popular
Ranking the best county GAA songs of all-time (32-1)
"It was unfair on the Galway backs” - Tomás Ó Sé admits that Kerry benefitted from unfair rule
"I’ve never heard someone say something as stupid” - Katie Taylor blasts Jake Paul's rematch comments
"I don’t trust you" - Joey Barton delivers brutal dismissal of Irish defender
Antonio Conte 'banishes' four Tottenham players from first-team
"I remember just hugging this Irish guy" - How one Kiwi rugby star reacted to Ireland's historic series win
"I'll ask for everyone that comes to the game to wear purple and roots for us" - Pat Fitzgerald
You may also like
1 day ago
Javier Hernandez offers to play for Manchester United for free
1 day ago
Man United target two new forwards as desperate search for a striker goes on
1 day ago
Former Manchester United director Michael Knighton reveals plan to buy the club from the Glazers
2 days ago
Man United 'pull out' of Marko Arnautovic move as fans send letters to club CEO
2 days ago
Amad Diallo scores twice as Cristiano Ronaldo sits out behind-closed-doors friendly
3 days ago
Graeme Souness is still criticising Paul Pogba, weeks after Manchester United exit
Next Page