Liverpool could lose Salah... for nothing. Madness.

Liverpool are reportedly reluctant to offer Mohamed Salah a new contract as they are not prepared to meet the wage demands of the Egyptian.

According to the Telegraph, Salah, who has just 18 months left on his current deal, has been in talks over a new deal at Anfield, however the current stand-off between the two parties is down to the wages the 29-year-old is asking for. 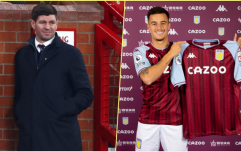 END_OF_DOCUMENT_TOKEN_TO_BE_REPLACED

While there has been no public acknowledgment from the club themselves over the ongoing contract talks, Salah himself recently claimed that he's not "asking for crazy stuff."

"I want to stay, but it is not in my hands," he said. "It is in their hands. They know what I want. I am not asking for crazy stuff. The thing is when you ask for something and they show you they can give you something.

"I have been here for my fifth year now. I know the club very well. I love the fans. The fans love me. But with the administration, they have (been) told the situation. It is in their hands."

Meanwhile his manager Jurgen Klopp has remained relaxed on any debate surrounding the deal and is positive that an agreement will be made between everyone.

He said: "We know, I know, Mo wants to stay, we want Mo to stay. That's the point where we are and that these things take time, I cannot change. Sorry. But I think it's all in a good place. Nothing else to say.

"I'm very positive about it but I don't think it makes sense that you speak on behalf of the fans because I'm pretty sure the fans are not as nervous as you are.

"They know the club pretty long and know the people dealing here with the different things pretty long, so I think there are enough reasons for being positive but as long as it is not done we cannot say anything about it."

Salah is currently away on international duty representing Egypt at the Africa Cup of Nations.


popular
Craig Casey and four Leinster stars feature in French scouting report for Six Nations
The four unluckiest players to miss out in our predicted Ireland squad
Man United squad: The players the club should keep and the players they should sell
Xavi left ‘nearly speechless’ after seeing Dembele wage demands
'To hear people talking about Ireland, it obviously gives you confidence' - Conor Oliver
Roy Keane names just three Manchester United players he would definitely keep
Peter O'Mahony delivers powerful Ashling Murphy tribute after Munster win
You may also like
1 week ago
Jurgen Klopp reveals only one Liverpool player had Covid before Arsenal game
1 week ago
Jurgen Klopp hails Tyrone native Conor Bradley after impressive FA Cup outing
1 week ago
"Should be ashamed of yourselves" - Shrewsbury goalkeeper calls out fans who sang Hillsborough song
1 week ago
Scott McTominay is worth more than Mohamed Salah, study finds
1 week ago
Liverpool vs Arsenal EFL Cup tie postponed due to Covid-19 cases
2 weeks ago
Virgil Van Dijk gushes about Caoimhin Kelleher after Chelsea performance
Next Page