At 19:45 on Tuesday, as light rain trickled over Anfield, it was largely still and silent bar the 2,540 ceaseless voices in the away section.

Thomas Tuchel looked over at the Kop with Paris Saint-Germain having concluded their warm-up and he seemed partly relieved.

The chaos that he had witnessed here, which completely consumed his former club Borussia Dortmund during an unreal 4-3 Europa League quarter-final defeat in April 2016, felt so distant.

This was Anfield, but not like the 45-year-old knew it.

This was Anfield, though, and as he observed in his pre-match press conference, “You can never feel comfortable here.”

When the teams emerged from the tunnel for their first Champions League group game and he settled into the technical area, Tuchel was greeted by a more familiar backdrop: thundering, tormenting - the type that ushers in a high tide, the type that can govern a game.

That PSG had a false sense of security before kick-off was somewhat poetic as when Kylian Mbappe scored to make it 2-2 on 83 minutes, sliding on his knees with his arms folded in front of the Kop, the French champions believed it was job done: a point secured against the choreography of the encounter.

END_OF_DOCUMENT_TOKEN_TO_BE_REPLACED

Tuchel, though, became more animated as the clock ticked over and the scores were tied.

“We can never feel like we have a moment of calmness and quietness here,” he had warned on Monday and as Mbappe was robbed by James Milner, who fed Joe Gomez, the visiting manager’s fears were inescapable.

The young centre-back played the ball to his partner Virgil van Dijk and he supplied substitute Roberto Firmino.

The Brazil international, who suffered an eye abrasion in the 2-1 victory over Tottenham on Saturday, shuffled inside then out onto his right foot and applied a low, angled drive past Alphonse Areola.

91 minutes. His 53rd Liverpool goal on his 150th appearance for the club.

A stellar evening was owed such a crowning moment as the hosts outclassed their opponents in every facet of the fixture.

Most of the travelling reporters had predicted this outcome: PSG, “a team built to win the Champions League” as Jurgen Klopp accurately described, are so ill-prepared for the competition. 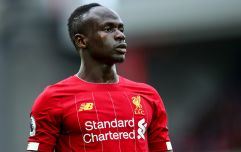 END_OF_DOCUMENT_TOKEN_TO_BE_REPLACED

They float through Ligue 1 and are flustered when they meet proper challengers in Europe, falling at the Round of 16 in the previous two seasons.

At Anfield, it felt like a clash of contrasts: a collective against a collection of top individuals. Where Liverpool excel in the grit and graft of a game to a man, PSG’s star power go walkabout.

Where James Milner, a free signing, can put in yet another priceless performance, the world’s most expensive footballer - Neymar - played his game rather than the one his team required.

“He is world class, but not a defender so we tried to use that,” Klopp said and his charges exploited that well.

Ultimately, what PSG can do is phenomenal - they scored two goals here despite being outdone in all departments - but what they aren’t prepared to do is their great impediment.

Trent Alexander-Arnold, 19, had 91 touches and won 64% of his 11 duels. No-one played more passes into the opposition half for Liverpool or won more tackles, plus he was unlucky to see a free-kick deflected wide. 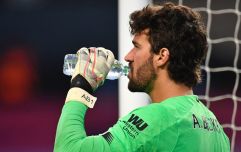 END_OF_DOCUMENT_TOKEN_TO_BE_REPLACED

Andy Robertson was brilliant on the opposite flank and it was his sublime delivery that Daniel Sturridge headed in to put Liverpool 1-0 up after half an hour.

The striker, Firmino’s replacement in the starting XI, had “a super game and scored a super goal” as per Klopp’s analysis.

Gomez continues to glisten in the heart of defence, and as you go through Liverpool’s teamsheet that think of the titanic individual showings that filtered into a strong team display, it belies belief that they so nearly squandered their good work by ceding a two-goal lead.

Edison Cavani was offside in the build-up to Thomas Meunier's fine finish at the far post, while Mohamed Salah's carelessness in possession was punished as Neymar slipped in Mbappe.

Liverpool were not without flaws, but there were fundamentally better across the pitch.

“It was good, really good in all departments pretty much,” Klopp said.

“It is so difficult to defend them, but we did. Good organisation and a big heart is always a good combination for defending. All 11 players were involved in that.

“One of them a yard less tonight, and game over.

“But they were so in the game and it’s not only that we fight a lot – and I love that – but we played football as well, and that looked really confident.”

In the aftermath, Tuchel had joked that “maybe the next time I shouldn’t even show up at Anfield” but he shouldn’t take it personally: Liverpool have scored 34 goals in their last 10 European games on the ground.


popular
The SportsJOE 12 o'clock quiz | Day 136
The daily diet of Manchester United midfielder Jesse Lingard
James Ryan's misfortune opens Leinster and Ireland doors for Ryan Baird
The diet of a modern day rugby player compared with a top jockey
COMPETITION: Answer this survey for a chance to win a fabulous stay at the Trident Hotel in Kinsale
Jadon Sancho to earn eye-watering salary at Manchester United
A starting XI of the best free agents available this summer transfer window
You may also like
4 weeks ago
"Luis Suarez made a big mistake and we, as a club, got it wrong" - Jamie Carragher
1 month ago
'I never liked Eric Cantona... but he was my favourite player' - Neil Ruddock
1 month ago
10 Liverpool players Manchester United fans loved to hate
2 months ago
"Can you hear that? They still believe in us. We have to give them something back"
2 months ago
Liverpool's 2005 Champions League victory in Istanbul played out on Twitter
2 weeks ago
'Cristiano Ronaldo broke David De Gea back in 2018'
Next Page