Liverpool have missed the chance to move back to the top of the Premier League table.

Jurgen Klopp's side recorded a goalless draw with Everton in a frenetic derby match at Goodison Park on Sunday afternoon, a result that could prove to be a pivotal result in Liverpool's season as they seek to end a 29-year wait for a league title.

Everton's wait for a Merseyside derby win, stretching back 19 games, goes on. But they have put a dent in their rival's title bid. 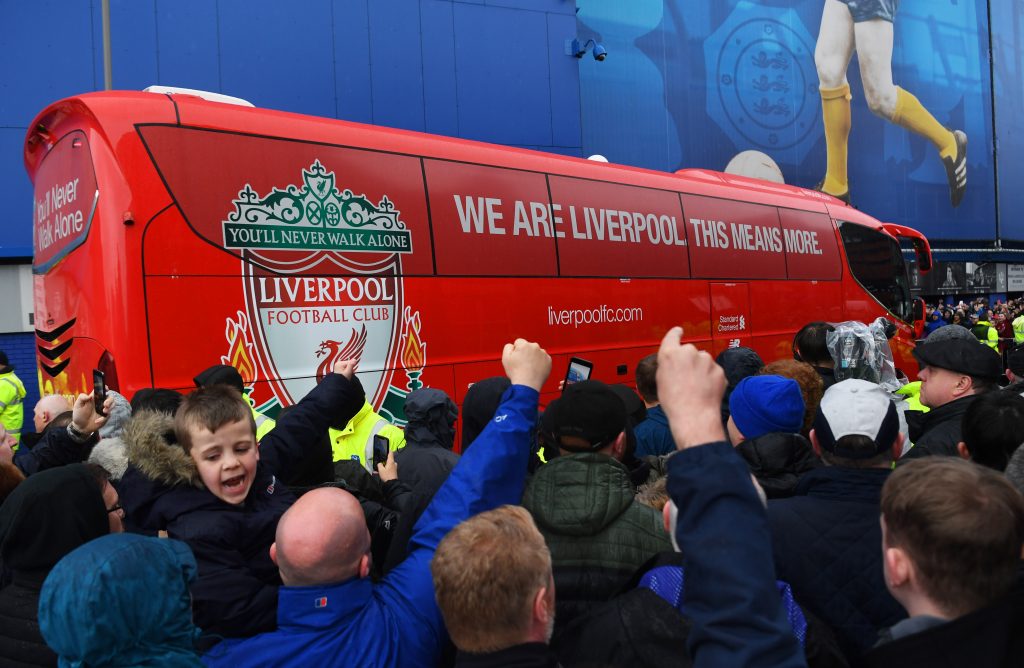 The opening spell was frantic and scrappy and set the tone for the entire game.

After 15-minutes, the pass completion rate of both sides was under 70 per cent. Passes were rushed, time and space on the ball was hard to come by and the more creative players were kept on the edges of the game. In short, it was what you would expect from a derby game.

Jordan Henderson was arguably the only Liverpool player to settle into the match, making some decent passes and working hard. Fabinho found himself surrounded by two Everton players almost every time he collected the ball. 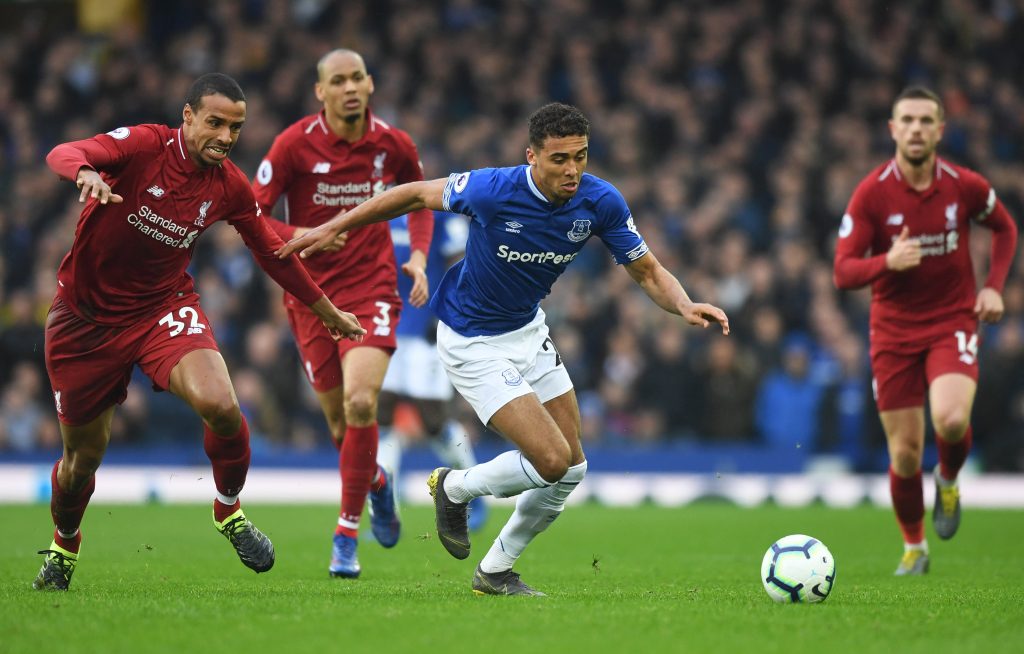 Everton were compact but aggressive and tried to invite Liverpool onto them, but often their aggression without the ball translated into a nervousness when in possession. They were buoyed by the Goodison Park crowd, and matched Liverpool for effort, but created little of note in the first half.

Their tactic of Jordan Pickford launching long balls to Dominic Calvert-Lewin, Bernard and Theo Walcott proved completely redundant. Virgil van Dijk won most aerial challenges with ease. Pickford attempted more passes than any of his teammates in the first half (27), but only eight were accurate.

END_OF_DOCUMENT_TOKEN_TO_BE_REPLACED

Everton looked panicked in possession and this lack of composure appeared to spread to Liverpool's most dangerous player for the best chance of the first half. Just before the half-hour mark, Mohamed Salah was played through on Everton's goal by Fabinho after the home side lost the ball in midfield.

Salah's touch took him away from Everton's goal and his effort from inside the penalty area was comfortably saved by Pickford after the Liverpool forward telegraphed his shot. 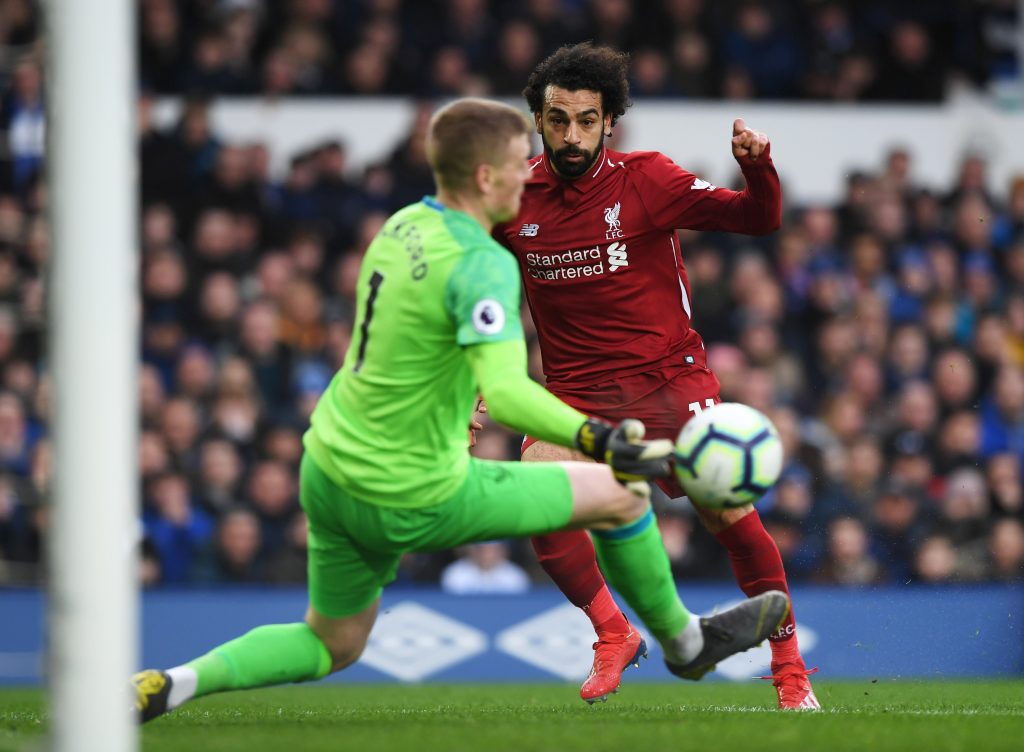 Liverpool appeared to grow in confidence as the game progressed and finished the first half in control.

But again Salah's heavy touch let him down. After the break, the Egyptian was played through on Pickford's goal but he overran the ball in an attempt to control it and saw his effort smothered by Michael Keane. 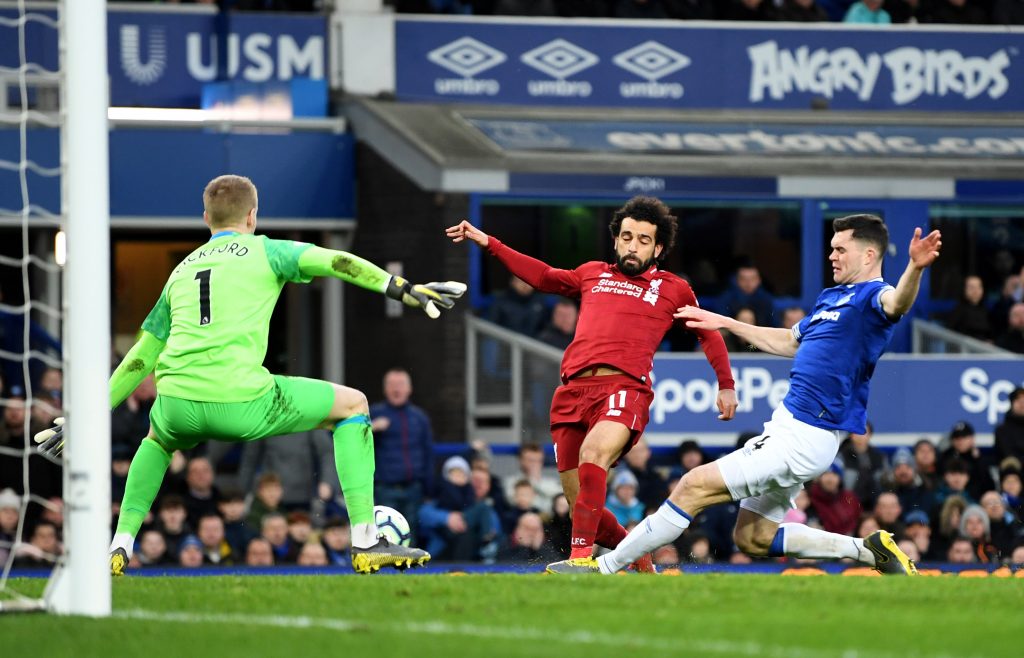 Everton gradually improved in the second half and found space down the flanks as Liverpool's full-backs pushed forward searching for a goal. 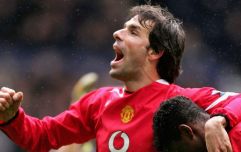 END_OF_DOCUMENT_TOKEN_TO_BE_REPLACED

In the final 15-minutes, they began to pose Liverpool problems and Richarlison created one of the best chances of the game, flashing a dangerous cross into the Liverpool penalty area. However, Bernard couldn't reach it and the visitors were let off the hook.

But too often they spurned their chances and passes, and the early season fluidity between the Liverpool forwards was no-where to be seen. Klopp's midfield lost their grip on the game and their final ball was often wayward. 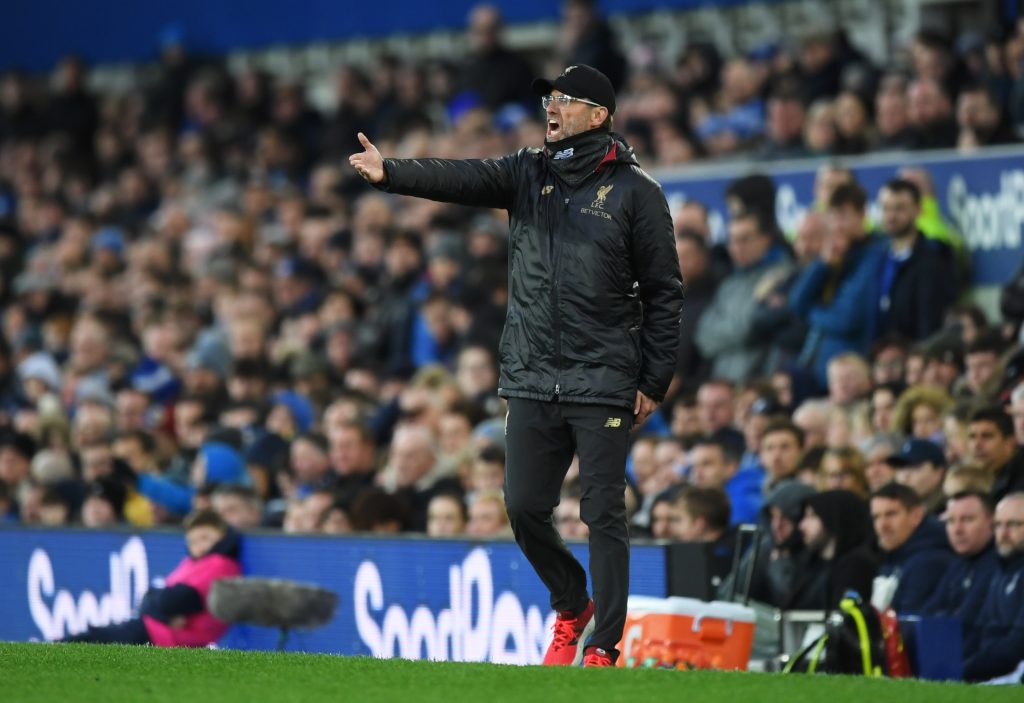 Liverpool have now drawn five of their last seven games, four in the Premier League, and this one feels significant.

A month ago, they had the chance to go seven points clear of Manchester City. With nine games to go, they are a point behind the champions.

Of course, there is still a lot of football to be played and both sides will drop points before the end of the campaign. But Liverpool have lacked composure, creativity and a killer instinct in front of goal over the last few weeks.

Maybe dropping behind City will ease the pressure on them. It will have to because they cannot afford any more draws and stodgy performances like the one at Goodison on Sunday.


popular
QUIZ: Name every player that's scored three or more Premier League hat-tricks
The SportsJOE 12 o'clock quiz | Day 111
'ROG was the kingpin... he just wanted to win, win, win' - Barry Murphy
"Some of the guys have put a lot into it" - Felipe Contepomi confident Leinster can start fast
Felipe Contepomi believes Leinster don't need to shop abroad
You have two minutes to complete this quiz on Irish hat-trick heroes
The SportsJOE 12 o'clock quiz | Day 109
You may also like
3 days ago
QUIZ: Name these 6 Premier League stars that never got an Ireland cap
4 days ago
Jack Grealish and Mason Greenwood would push United much closer next season
1 week ago
'Pogba seems to really appreciate having someone in there who's taking the limelight'
2 weeks ago
QUIZ: Name the international teams these Premier League players represent - Part 2
2 weeks ago
Uncomfortable truth about Roy Keane swipes at De Gea and Maguire
3 weeks ago
QUIZ: Can you name all of these blurred Premier League legends?
Next Page