It's easy to see that this is an international business.

Sports Direct have released their shirt sale stats for the Premier League's 2014/15 season and it makes for some interesting reading.

Of all the Sports Direct stores scattered around the UK and Ireland - and further afield - some fans aren't getting their club's jerseys in their respective home cities.

Whilst Arsenal, Spurs and Chelsea's shirt sales all top in London, so too does Man City's, United's and Liverpool's.

In fact, only Aston Villa - of the released figures- don't sell the majority of their shirts in England's capital, with Dublin recorded as the club's biggest Sports Direct seller anywhere, even ahead of Birmingham.

Man City actually have nine more popular areas than Manchester for their sells whilst Chelsea's second best-selling part of the world is Lagos in Nigeria.

United and Liverpool sell more in London but both have more success in Dublin than they do at home. Check out some of these stats produced by Sports Direct. 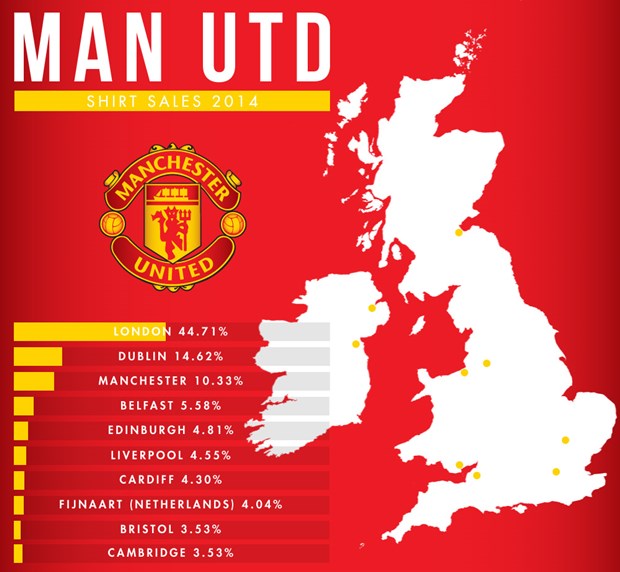 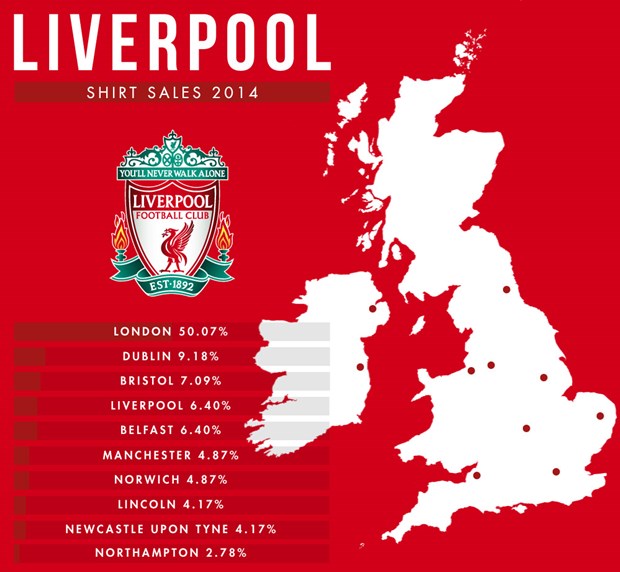 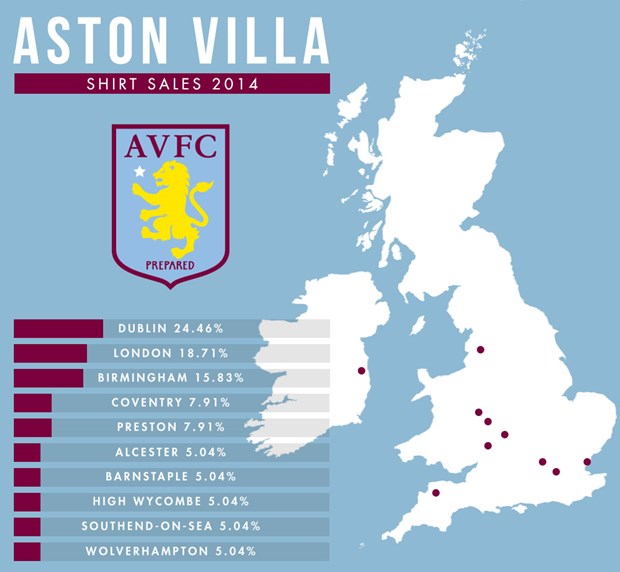 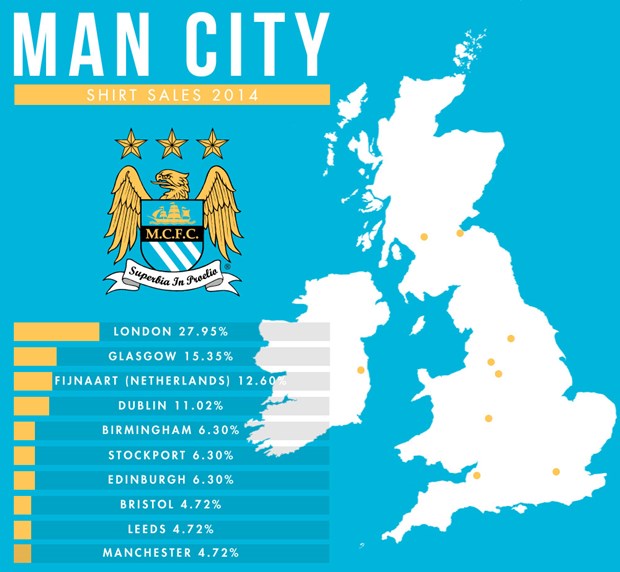 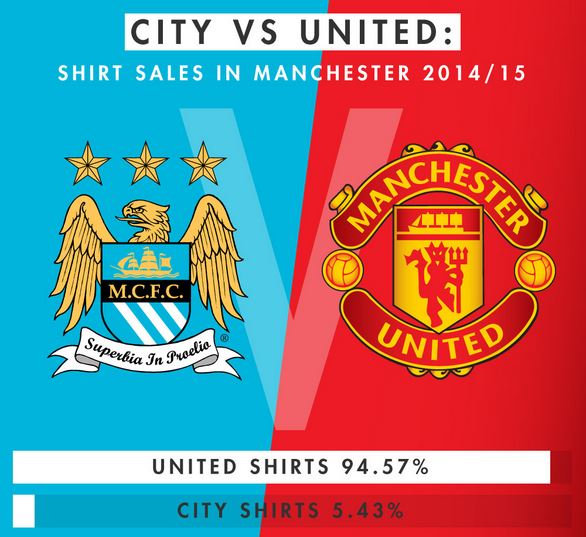 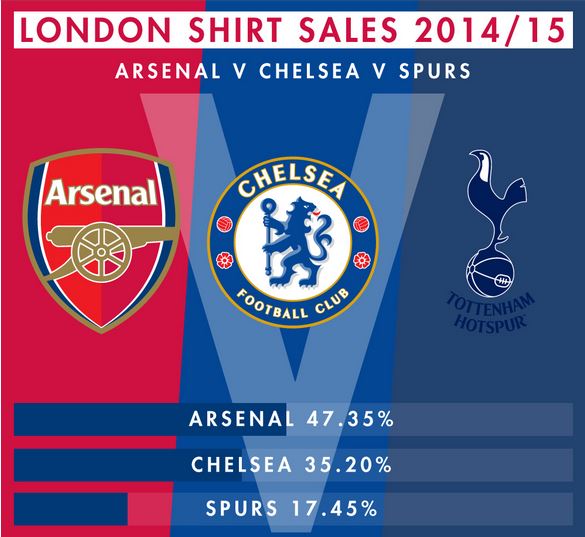 
popular
The SportsJOE 12 o'clock quiz | Day 189
QUIZ: Guess the footballer from their Wikipedia page #11
"My job at Sky is not to be a cheerleader for Rory McIlroy" - Paul McGinley
QUIZ: Can you name the first signings of these famous managers?
The SportsJOE 12 o'clock quiz | Day 188
Conor McGregor shares DMs from Dana White to justify boxing comeback
QUIZ: Can you guess the football shirt sponsors of these classic 90s kits?
You may also like
7 hours ago
Bruno Fernandes rescues rag-order United
8 hours ago
Rio Ferdinand breaks down Man United's defensive problems
1 day ago
Man United to submit their first bid for Jadon Sancho but they're £18m short
4 days ago
Manchester United's transfer excuses are simply not good enough
4 days ago
Alex Telles 'hopeful' of becoming a Man United player imminently
4 days ago
Rio Ferdinand story about Dwight Yorke conversation shows Alex Ferguson's ruthless streak
Next Page