Former Republic of Ireland international Liam Brady has said that the FAI are not doing enough to develop football players in the country.

In the wake of Martin O'Neill's departure from the Irish national team, Brady said that the FAI must show a greater interest in developing talent in the country and that former youth manager and national team manager Brian Kerr should be brought back into the national underage setup.

"What worries me above anything else is the lack of players we have coming through," Brady told Morning Ireland on Thursday.

END_OF_DOCUMENT_TOKEN_TO_BE_REPLACED

"I'm not an expert with what's going on in that regard with the FAI but I know whatever has gone on, it hasn't worked. We're simply not seeing the talent that we once had in the years gone past. The likes of Damien Duff, Robbie Keane, Richard Dunne, Shay Given; all top class players in England.

"We haven't replaced them with anybody of the same quality. There has to be a reason for that. I don't think the employment of the Dutch template [Ruud Dokter] has worked over the last 10-12 years and I don't really understand why someone like Brian Kerr is not involved in youth development when he had such an unbelievable track record in it.

END_OF_DOCUMENT_TOKEN_TO_BE_REPLACED

"Then you look at the board of the FAI who are responsible for the game in the country and there's nobody from the professional game, from what I can see, there's nobody that has played football professionally, neither in England or international level, or even League of Ireland level, there's just no representation and that can't be right."

Brady added that both Limerick hurling and Dublin GAA both sent representatives to Arsenal when he was there working with the club's academy but that no one from the FAI ever inquired about a visit.

Meanwhile Kerr said that things have gone from bad to worse for the FAI and that the recent draw with Northern Ireland may have spooked the association in parting ways with the current management team.

"In truth, while we had some very good days under Martin and Roy, there’s been too much controversy in recent times; too much dreadful football. The quality of the football has led to their demise — not just results.

“I mean, we’ve only won one game in nine this year, but the matches… We’ve had four matches without a goal, three nil-all draws. 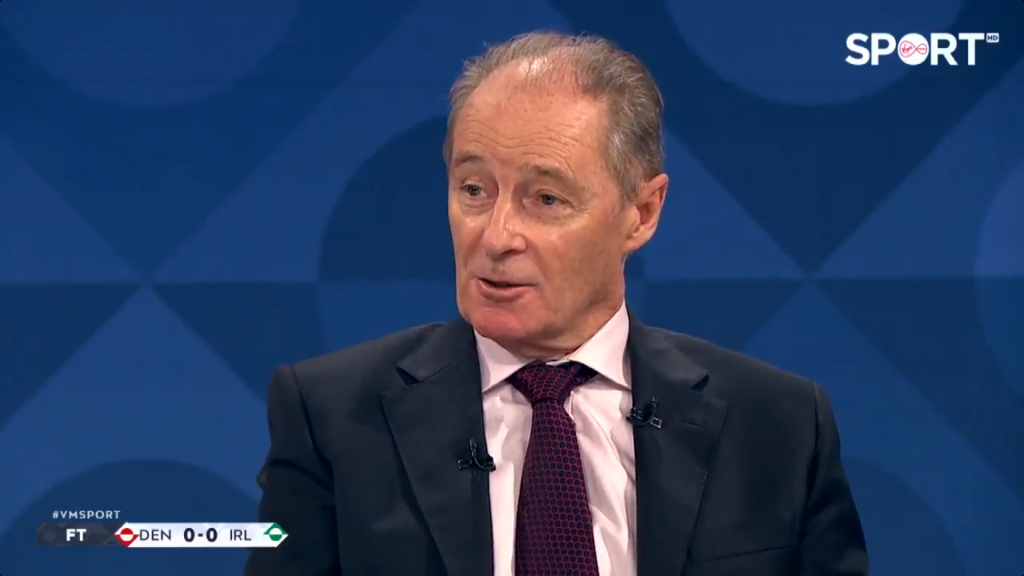 "The game with Northern Ireland, I thought, really put a spotlight on things, because Northern Ireland don’t have any better players than we have to pick from, and yet they were far superior in the game and should have won the match convincingly.

“The football, as I’ve said, has been dreadful. The atmosphere around the team has been very poor. We’ve had the controversies of Roy’s row with Harry Arter, the whole issue of Declan Rice — whether he’s going to play for us or not play for us.

“I think it might have just worn Martin down. I thought in his interview on Monday night he looked drained and he looked upset. And although he talked positively about the future of the young players, I think he himself felt his time was probably up. He was no longer inspiring the players to the type of performances that Irish supporters wanted to see.”