Nobody wants to miss a second of the Republic of Ireland's European adventure.

Martin O'Neill, Roy Keane and their 23 warriors are not quite prepared to call time on their stay in France as Robbie Brady's late winner fired Ireland into the last 16 where a date with hosts, and tournament favourites, France awaits.

If anything's to be learned from Brady's header at the death, and the subsequent celebrations, it's that this team is must-see television. 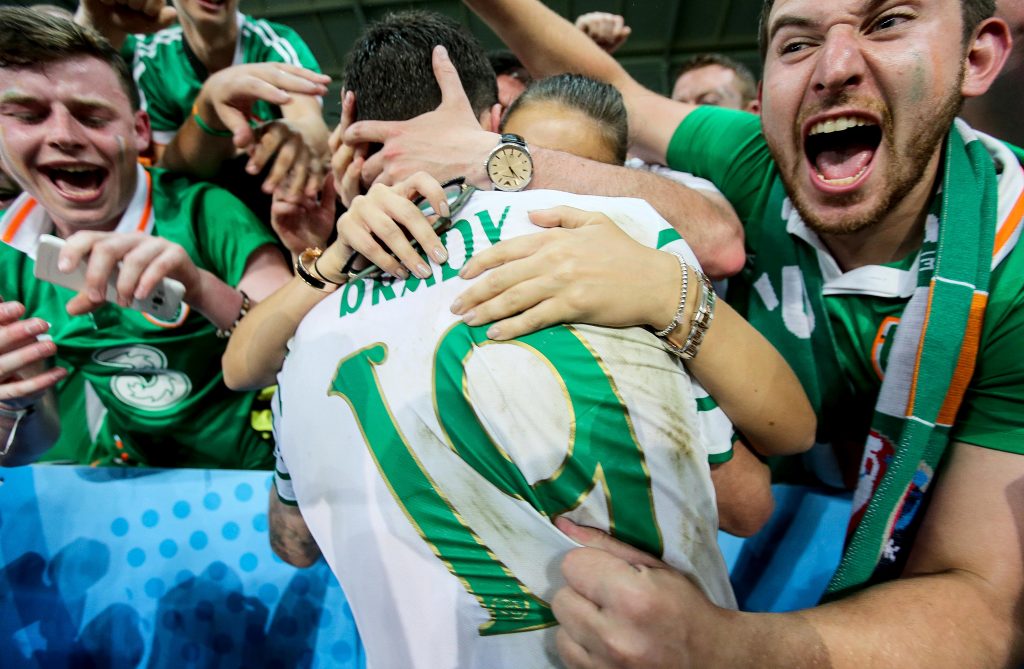 END_OF_DOCUMENT_TOKEN_TO_BE_REPLACED

And the GAA have acquiesced to that fact by deferring the pair of Leinster Senior Football Championship semi-finals in Croke Park on Sunday.

Ireland take on Didier Deschamps' side in Lyon at 2pm on Sunday and, to accommodate that huge occasion in Irish sport, Dublin's clash with Meath and Kildare's tie against Westmeath have been pushed back to later in the afternoon.

Westmeath v Kildare will now take place at the later time of 4.15pm and throw-in for Dublin v Meath will now be at 6.35pm.

Due to Ireland progressing in the Euros, the Dublin v Meath match will be moved to a later time on Sunday eve.
Throw-in time to be confirmed

Breaking News! Westmeath v Kildare on Sunday will be at the later time of 4.15pm Times to be confirmed by Leinster GAA


popular
Jurgen Klopp reacted like everyone else to Darwin Nunez headbutt red card
Jamie Carragher on the two Man United players Erik ten Hag can't trust
Carragher and Neville brutally name Man United's biggest transfer flops since 2013
"I went up to the Italians and gave them a big auld shoulder" - Paul O'Donovan does it again
Man United have 'decided to sell' promising midfielder James Garner
Wexford Under-20 lights it up as Ferns win their first ever county title
Wexford, Waterford and Kilkenny down some good men as Australia calls
You may also like
2 years ago
Jon Walters on Ireland's 'French Foreign Legion' security at Euro 2016
4 years ago
Every step the English hype train is about to take ahead of the World Cup
4 years ago
Cristiano Ronaldo story shows how far Robbie Brady has come
4 years ago
An insane amount of people watched Wes Hoolahan's goal against Sweden
5 years ago
Ranking Ireland's home jerseys of the last three decades
5 years ago
QUIZ: You have ONE minute to name the Ireland team that played Sweden at Euro 2016
Next Page