The 29 year old striker, currently on international duty with England, is reportedly on the verge of joining Arsenal, after the Gunners triggered his release clause.

Vardy scored 24 goals last season, as the Foxes won the Premier League, and such prolific goalscorers don't come around often.

If Leicester are to put up a decent title defence, and prosper in Europe, they'll need a striker netting at least twenty goals next season.

One wouldn't have imagined Troy Deeney is exactly a like for like replacement for Vardy, but, according to the Telegraph, Leicester want to sign the Watford captain. 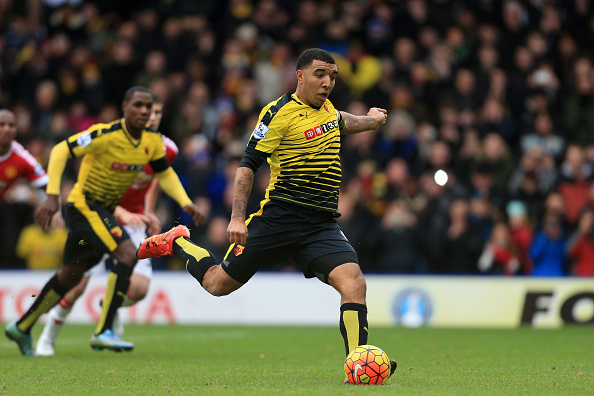 Deeney had an impressive debut campaign in the Premier League last season, scoring 13 goals as Watford comfortably secured their status in the top flight. 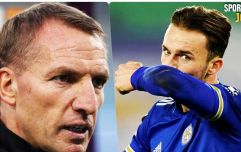 "You don't play for Brendan Rodgers if you don't do the dirty work. It's as simple as that."

END_OF_DOCUMENT_TOKEN_TO_BE_REPLACED

However, the 27 year old played more as a withdrawn striker, behind Odion Ighalo, and doesn't possess Vardy's searing pace, so needless to say he won't act as a direct replacement should the England striker join Arsenal.

A deal for Deeney is likely to cost around £15m.


popular
Roy Keane story shows the power he had at Manchester United
McGregor admits shout from Dustin Poirier's corner got inside his head
McGregor's first words to Poirier after defeat show where the damage was done
Dustin Poirier annihilates Conor McGregor to earn stunning UFC 257 victory
Khabib Nurmagomedov reacts to Conor McGregor's shock UFC 257 loss
Jolie Poirier certainly let her voice be heard after her husband's win over McGregor
Dustin Poirier's reaction to win over Conor McGregor has fans labelling him 'perfect role model'
You may also like
4 weeks ago
The real reason behind James Maddison's remarkable football boots
5 months ago
Liverpool edge ahead of Leicester in battle for Olympiakos star
5 months ago
Leicester interested in Barcelona youngster with €500 million buy-out clause
1 year ago
Leicester City have form for upsetting the apple cart, and Liverpool shouldn't take them lightly
1 year ago
'Harry Maguire will go in there and he'll be United captain'
1 year ago
What Man United could have got for the £80m they're spending on Harry Maguire
Next Page