Mbappé also wants to be 'leader of the club.'

Kylian Mbappé has told Paris Saint-Germain to 'dismantle the Argentine Republic' while also expressing his desire to be the 'leader of the club.'

UOL Esporte have reported that tensions are high between Mbappé and other members of the squad, with some of his teammates describing him as being 'pampered' and 'unbearable.' 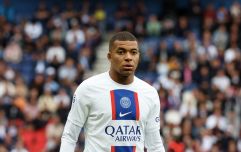 Kylian Mbappé can walk out on PSG contract early

END_OF_DOCUMENT_TOKEN_TO_BE_REPLACED

The Frenchman has also allegedly asked the club's president, Nasser Al-Khelaifi, to 'dismantle the Argentine Republic' at the French giants. This includes names such as Lionel Messi, Mauro Icardi, Leandro Paredes and also Ander Herrera and Keylor Navas (even though the latter two are not Argentinian).

It is unlikely they will follow through with the request to get rid of Messi, but it is more than plausible that some of the others will head for the exit door at the Parc Des Princes.

One Argentinian, Angel Di Maria, left at the end of last season to join Juventus on a free transfer. Paredes is also expected to join him in Turin. 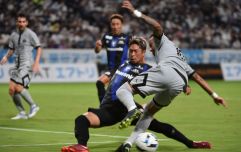 END_OF_DOCUMENT_TOKEN_TO_BE_REPLACED

Manager Mauricio Pochettino was also replaced by Christophe Galtier, with the forward wanting to create a 'new order' at the club which has a more 'French' dressing room.

The arrivals of Nordi Mukiele and striker Hugo Ekitike have seen that happen and it's likely that Mbappé's plans won't end there.

Mbappé was involved in controversy during PSG's 5-2 win against Montpellier last weekend. The 23-year-old missed a penalty and was refused a second chance when Neymar wouldn't hand him the ball for the Ligue 1 giants' second spot kick of the game.

He was also captured throwing his arms in the air and walking off away from play after midfielder Vitinha opted to pass to Messi instead of him.