Jurgen Klopp has given his reaction to the news that Erling Haaland will be joining Manchester City in time for next season.

It was confirmed on Tuesday that City had reached an agreement in principle with Borussia Dortmund for the 21-year-old, with personal terms already believed to have been agreed.

The Liverpool manager, speaking after his team drew level with City at the top of the Premier League table with a win at Aston Villa, paid tribute to Haaland, describing the Norwegian as "a real beast". 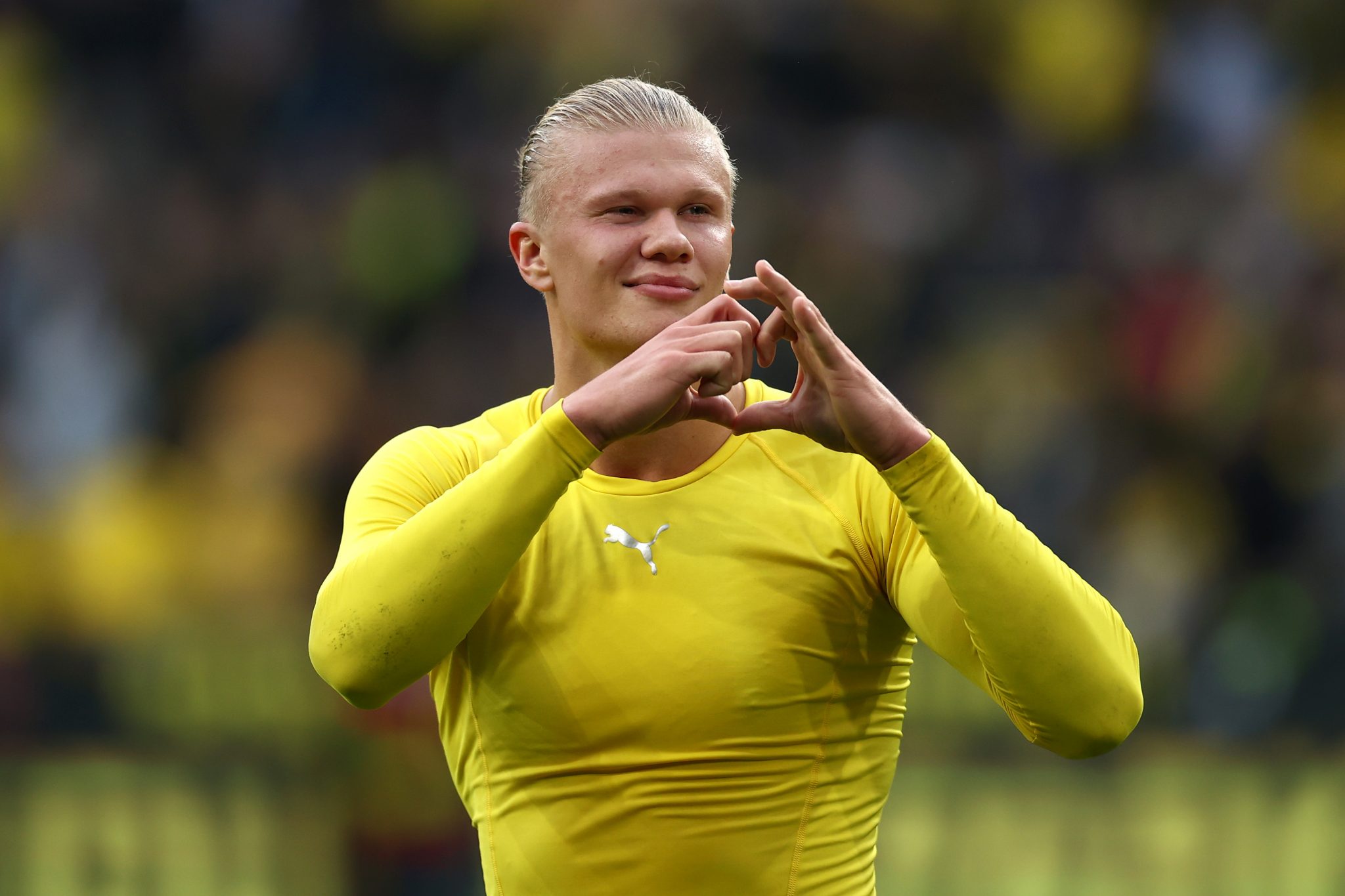 Klopp on Haaland's move to City

"He's a good player - a really good player," Klopp said. "But City was never and will never be a team who wins games because of one player with a specific way to play.

END_OF_DOCUMENT_TOKEN_TO_BE_REPLACED

"I think Erling will all of a sudden realise he will score a lot of goals on the second post... he will love that.

END_OF_DOCUMENT_TOKEN_TO_BE_REPLACED

Klopp had watched his side fall behind to Aston Villa inside three minutes as Douglas Luiz - a former City player - scored an early opener.

Joel Matip was able to pull Liverpool level minutes later before Sadio Mane's header sealed the win in the second half.

The win puts them level on points with City, who play their game in hand away to Wolves on Wednesday night.

Liverpool face Chelsea in the FA Cup final at the weekend, though Fabinho is now a doubt for the game after picking up what appeared to be a hamstring injury at Villa Park.


popular
Man United could be blocked from playing in the Champions League next season
Ireland team vs. France: Form players rewarded and a welcome return
Clive Woodward happy to 'eat humble pie' after bold comments about Ireland
French media's opinion of this Ireland team becomes clear as vital clash nears
"I should have been more mature" - O'Sullivan's injury trail a cautionary tale for Sigerson casualties
Man City expect Pep Guardiola to leave
Man United's four player transfer shortlist if Qatar takeover goes ahead
You may also like
1 day ago
Premier League clubs reportedly want the strongest punishment possible for Man City if found guilty
1 day ago
Man United vs Leeds: Why the game won't be shown on Irish TV
2 days ago
Man City facing possible expulsion from the Premier League for breaking financial rules
4 days ago
Mikel Arteta's reaction to Everton defeat is epitome of the modern manager
5 days ago
Nottingham Forest: Sensible signings or real life Football Manager?
5 days ago
Sean Dyche made all of his players write down their problems at Everton
Next Page