Kilbane has made a formal complaint to the FA over the song sung during the Tottenham v West Ham game at the weekend.

Kevin Kilbane has reported West Ham to the FA over a chant sung by their fans mocking those with a learning disability during the weekend game against Tottenham.

Kilbane is making the complaint over a song aimed at Spurs striker Harry Kane. Kilbane was not at the game but a friend of his was and he told the player-turned-pundit that the chant in question was 'Harry Kane talks like a mong and plays like one too'. 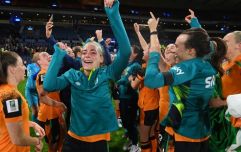 END_OF_DOCUMENT_TOKEN_TO_BE_REPLACED

Kilbane, whose 10-year-old daughter Elsie has Down's Syndrome, believes that songs like that are simply not acceptable.

“I am sure they understand they are causing offence,” Kilbane is quoted as saying in the Guardian. “You cannot sweep it under the carpet and label it as ignorance. It is visible and clear and, like racist or homophobic chanting, it is intended to cause offence. I want to be able to take my kids to football matches and when Elsie gets older she will understand about her condition and I would not want her to hear that kind of chanting. If her sister Isla heard it, she would be devastated too, as my friend’s sons were.

“I spoke to him and he was extremely upset and I felt I had to report it. No family should have to put up with it at football matches.

“It is also extremely offensive towards Harry Kane, who is only a young lad, starting out in the game and who does not deserve that kind of disgusting abuse just because he is a footballer. 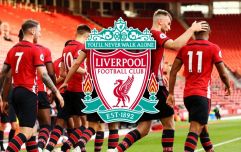 "I could've gone to Liverpool... if I was advising a young player now, I'd do the same"

END_OF_DOCUMENT_TOKEN_TO_BE_REPLACED

“This is a wider society problem, not just a problem with football, and idiots are using football as a tool to show their ignorance and discrimination.

“I have spoken to the FA and they have assured me they will investigate it thoroughly. In all my time playing and watching football I have never heard this before. Hopefully we can do something to make sure it isn’t again and this awful chant does not spread.”


popular
Roy Keane flew home from Qatar World Cup as 'fellow pundits were getting on his nerves'
World Cup 2022 Day 20: All the major action and talking points
Talksport presenter puts Martin O'Neill to the pin of his collar over Declan Rice and Jack Grealish
Roy Keane reveals what he wrote about England during Senegal game
Rory McIlroy explains 'falling out' with Shane Lowry that lasted a few years
Ronaldo finally reveals why he got that hideous haircut
Ballyhale's Colin Fennelly felt Ballygunner's victory speech was disrespectful
You may also like
3 years ago
The Kilbane attitude to Declan Rice allows abuse of our own Irish players
3 years ago
Kevin Kilbane believes Virgil van Dijk is a better player now than Rio Ferdinand ever was
3 years ago
WATCH: This is how Kevin Kilbane got on with his debut DJ performance
4 years ago
WATCH: Kevin "DJ Killa" Kilbane teams up with Groove Armada
4 years ago
WATCH: Kevin Kilbane's journey from football pundit to 'DJ Killa'
4 years ago
Brian Kerr speaks nothing but sense about the problems in the Ireland camp
Next Page