You'd have half expected Denis Irwin and Bryan Robson to have selected a Manchester United heavy team when given the opportunity to pick a combined United/Liverpool XI.

But the pair of legends were actually pretty fair and went for a 50/50 split of outfield players from the glory days of Old Trafford and Anfield, i.e. Liverpool in the 70s & 80s and United in the 90s & 00s (which meant that Steven Gerrard couldn't get the shout).

The Reds dominate the back four with Phil Neal, Alan Hansen and Alan Kennedy who combine with Jaap Stam to create an impenetrable defence. 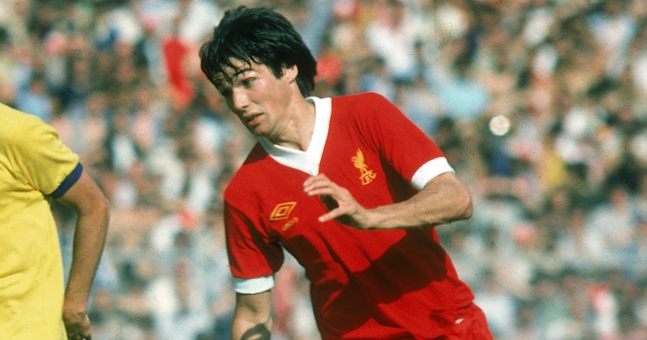 Central midfield could be a contentious issue with Paul Scholes relegated to the bench in favour of Roy Keane and Graeme Souness. 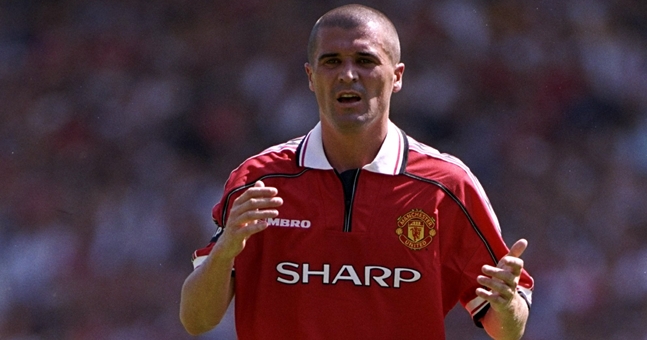 The wingers are pretty cut and dry with Cristiano Ronaldo and Ryan Giggs taking their places on the flanks. 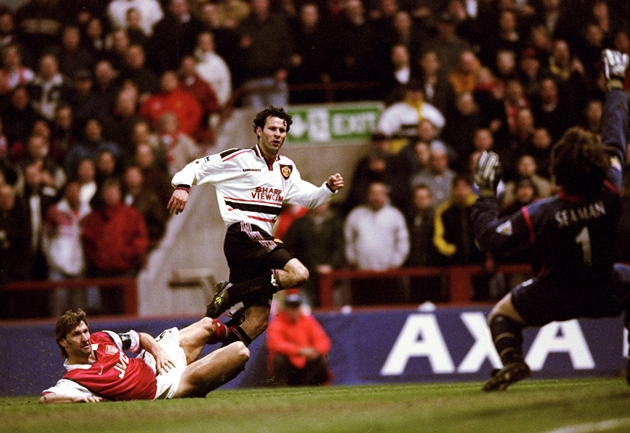 Up front, it's two of the most popular players from the respective clubs as Eric Cantona and Kenny Dalglish lead the line. 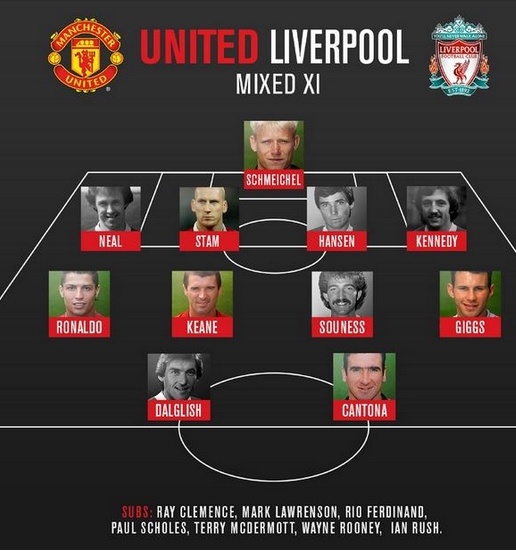 
popular
Get him a tuxedo, give him the All-Star and for crying out loud, someone bring that man out to America
Fans react to Tottenham Hotspur's 'brilliant tease' for Richarlison signing
Southampton pay tribute as Shane Long leaves the club after eight years
Tiernan Kelly and three other players hit with ban following tunnel brawl
Mohamed Salah signs new long-term contract with Liverpool
QUIZ: How well do you know Manchester United players of the 2000s?
Quiz: Name the players these famous footballers played alongside the most times
You may also like
4 days ago
How Man United would line-up if they land their big summer transfer targets
4 days ago
Manchester United 'reject Barcelona's attempt to sign Harry Maguire'
4 days ago
Erik ten Hag 'orders specific grass measurements' and strict eating plan
5 days ago
Malcolm Ebiowei 'ignored Erik ten Hag text' before signing for Crystal Palace
5 days ago
Man United send emphatic response to Cristiano Ronaldo after Chelsea transfer link
1 week ago
Cristiano Ronaldo 'considering leaving Man United' over club's transfer issues
Next Page