You can buy footballer themed burgers outside the Juventus stadium

There's one called the Vardy burger.

The Spurs fans who were lucky enough to be able to make the trip to Turin for the first leg of their knockout tie against Juventus tonight will be eager to try some of the local street food during their visit. 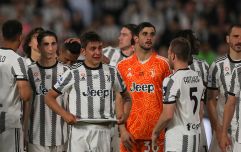 END_OF_DOCUMENT_TOKEN_TO_BE_REPLACED

Probably sick of pizza by now, they might fancy a hot, greasy burger to soak up the booze they've been consuming all day. Well, they're in luck.

Independent sports writer Jonathan Liew is at the Juventus Stadium for the match tonight and this food van caught his eye.

They’re selling themed burgers outside the Juventus Stadium. They’ve even got - and I’m not even joking here - a Vardy burger, featuring double sausage, double bacon, cheddar and something called “Happy Hour”. pic.twitter.com/u0oOsEQ0pq 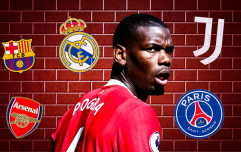 END_OF_DOCUMENT_TOKEN_TO_BE_REPLACED

The burgers on offer are named after legendary footballers, past and present. Fiorentina and Roma legend Gabriel Batistuta has his own burger, as does Alessandro Del Piero, Christian Vieri and Diego Maradona.

Some of the combinations of ingredients seem strange, but who are we to question the Italians' culinary decisions?

Out of shot, but apparently on offer is the Vardy burger, which features sausages, bacon, cheddar cheese and something called "happy hour". It certainly sounds like something Jamie Vardy would enjoy, although the mystery of what the happy hour ingredient comprises would certainly put me off trying it.


popular
Rangers legend says he and Roy Keane didn't speak during Man United spell
The coolest customer in hand-ball hoping to carry on the family tradition for Kilkenny
Oli McBurnie: Police investigating video of alleged 'stamp' on Nottingham Forest fan
Josh van der Flier and Sam Monaghan win big at Irish rugby awards
Rhodri Giggs accuses Gary Neville of hypocrisy over Salford sacking
"County football isn't for everyone" - Down captain Barry O'Hagan hits back at criticism
"I think there are only five Kilkenny players who are guaranteed to start on any given day" - Cody's motivational methods
You may also like
2 months ago
Jose Mourinho reportedly accused referee of 'being sent by Juventus' after being sent-off
3 months ago
New Spurs signing Dejan Kulusevski wore number 44 because of Adnan Januzaj
3 months ago
Aaron Ramsey set to join Rangers from Juventus on six-month loan
4 months ago
Leonardo Bonucci tells Inter staff 'I will kill you' during Supercoppa celebrations
4 months ago
Jose Mourinho blames everyone but himself after collapse vs Juventus
2 days ago
Ralf Rangnick wants to hold Man United debrief meeting with Erik ten Hag
Next Page