Heading into this evening's Premier League clash at Anfield, Seamus Coleman was the last Everton player to experience a victory over Liverpool.

That has all changed now.

END_OF_DOCUMENT_TOKEN_TO_BE_REPLACED

The Toffees had not defeated Liverpool since 2010, back when David Moyes was their manager, but they would have fancied their changes despite a losing to Fulham during the week.

Carlo Ancelotti has brought organisation, decent signings and added belief to Everton since his arrival at the club, and a win over their local rival in the Merseyside Derby would provide a boost heading into the final third of the season.

In their last 20 games against Liverpool, Everton had not even take a lead. That all took only three minutes to change, tonight, as James Rodriguez took advantage of a Thiago header to nowhere and the flat-footed Ozan Kabak to slide a ball in for Richarlison to score. 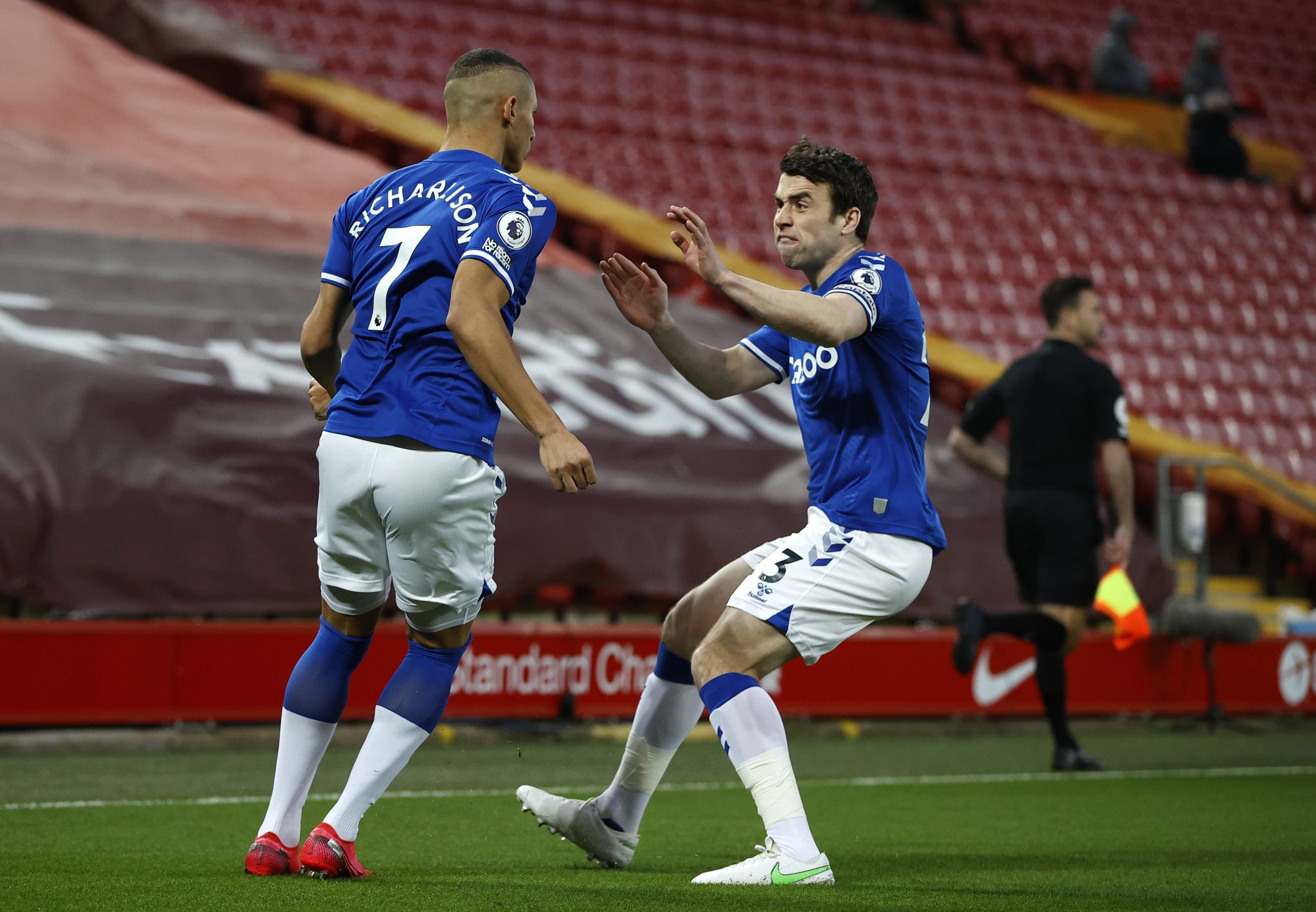 That was just about the last act of Henderson's game as he soon limped off with an injured groin. He was replaced by Nat Phillips and the Phillips-Kabak combination was the league champion's 17th different centre back pairing of an injury-ravaged season. 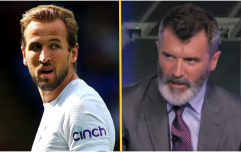 END_OF_DOCUMENT_TOKEN_TO_BE_REPLACED

The other talking point of the first half was provided by a mini spat on the sideline when, as ESPN and BT Sport's Julien Laurens reported, Liverpool boss Jürgen Klopp sprang up and looked for a penalty.

According to Laurens, when Everton assistant Duncan Ferguson laughed at Klopp's remonstrations, the German asked why. Everton captain Seamus Coleman was on hand to add his thoughts on the matter:

Argument Duncan Ferguson - Jurgen Klopp on the touch line after the Liverpool penalty shout. « Why are you laughing? » Klopp shouted at Ferguson who had a big grin on his face! « We are allowed to talk or is it just you Jurgen? » intervened Seamus Coleman!

I can't even begin to describe how hilarious it would be to see Jurgen Klopp and Duncan Ferguson go at it. Complete no contest. 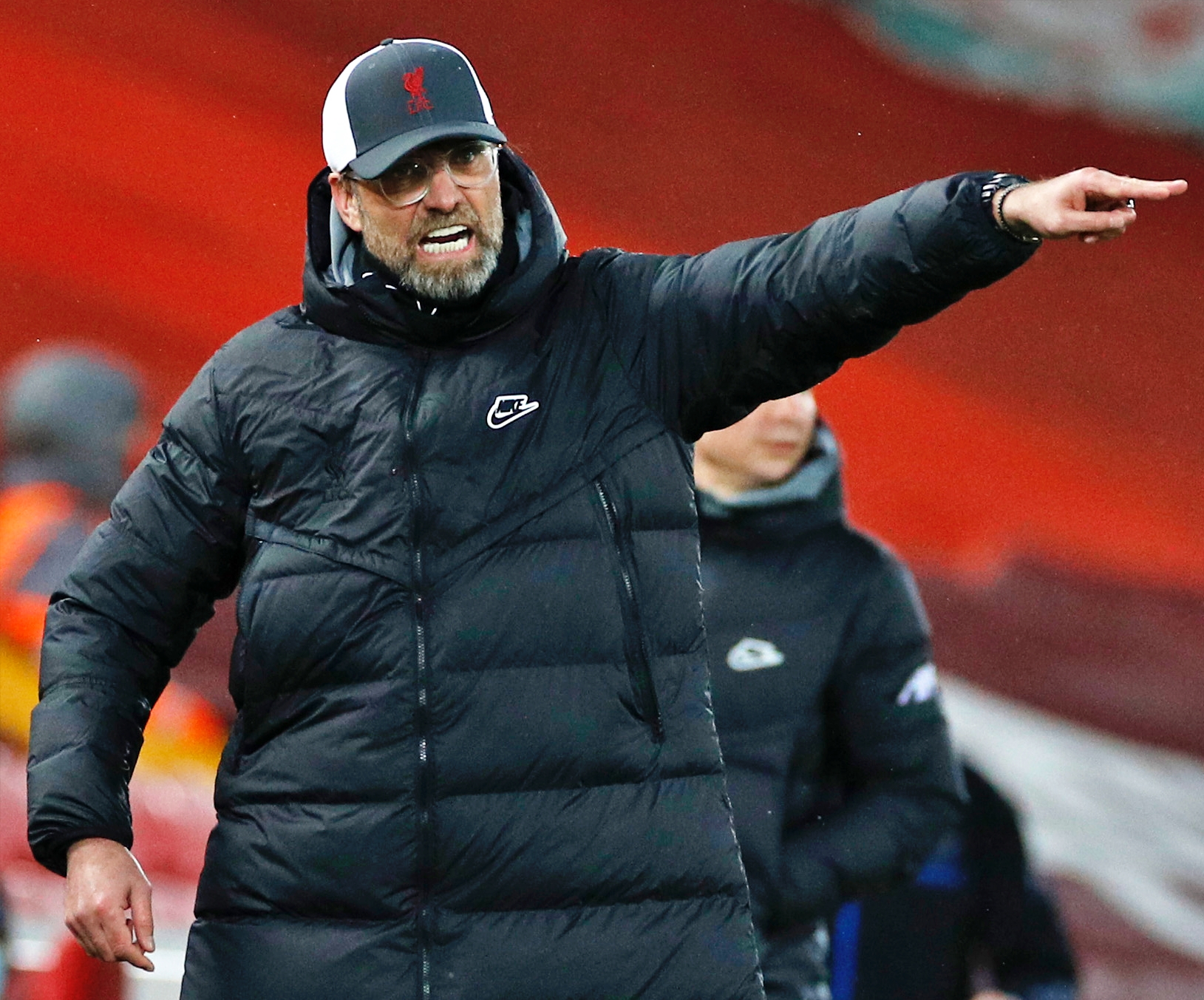 As the half wound down, Coleman was denied by a diving Alisson when he snuck in at the back post and connected with a diving header from only seven yards out.

The second half saw Liverpool up the tempo and create a number of chances against the Merseyside rivals.

Trent Alexander Arnold's dangerous cross was hacked away by Mason Holgate, Michael Keane slid in to deny Sadio Mané a strike on goal and Mo Salah was denied by the legs of Pickford.

As Liverpool pressed forward for a late equaliser, Everton countered at pace and won a penalty then Dominic Calvert-Lewin was felled by the sliding Alexander Arnold.

Thoughts on that Everton 🤔penalty pic.twitter.com/lHLOL5sZN5

Gylfi Sigurdsson stepped up, after a VAR check, to slot home Everton's second past Alisson.

Pickford found time for one more excellent save as he tipped over Gini Wijnaldum's goal-bound effort in injury time.

As fireworks shot into the night sky from Stanley Park, Everton finally ended a long, unwanted winless run against Liverpool. Their neighbours' fourth home defeat in league football is their worst run since 1923.

Our Man of the Match: Michael Keane (Everton)


popular
Rob Kearney taught a classic GAA lesson when he tried to have the craic in second game back
Shane Lowry had no problem setting reporters straight at Ryder Cup briefing
The scenes in Newbridge as the biggest hit and hope ever knocks Moorefield out
How one text message a teammate sent Kieran McGeary proves that Tyrone's success was a team effort
Kieran McGeary on his relationship with Mickey Harte and his role in Tyrone's success this year
"Mayo have been back and back and back all the time. That's some resilience, to do that." - McGeary bats for Mayo
When Liam Brady lit into Brian Clough for his dismissive Mick McCarthy comments
You may also like
3 days ago
Tottenham and England legend Jimmy Greaves dies aged 81
1 week ago
Paul Scholes says crucial difference can win Champions League for Man United
1 week ago
Benjamin Mendy to remain in prison until January 24
2 weeks ago
Cristiano Ronaldo's Man United return to be broadcast for Irish viewers
3 weeks ago
Man United's Deadline Day was much busier than you'd think
3 weeks ago
Leeds fans chanted 'you're too s*** to play for Leeds' at Daniel James two weeks ago
Next Page