His stock is continuously rising.

If you are not aware, Dubliner Conor Masterson is currently captain of Liverpool's U-18 side.

Since signing for the Merseyside club as a 13-year-old, Masterson has continued to impress in his fledgling career.

His talents are not only known to Liverpool, the 18-year-old has also captained the Republic of Ireland U-17s during the European Championships. 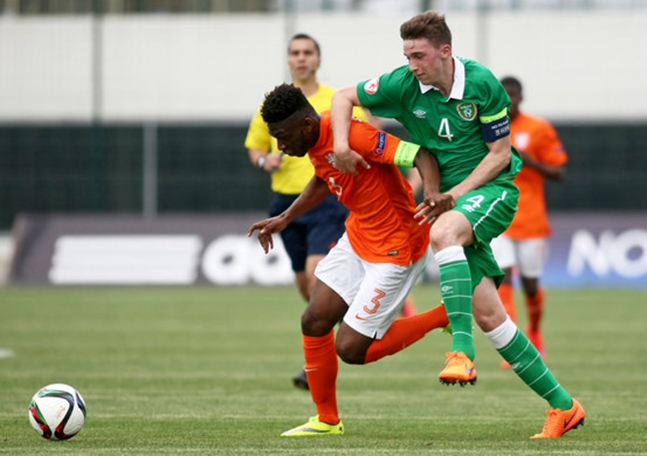 Last season he came close to earning his senior debut for Liverpool when Klopp named him on the substitutes bench for their FA Cup clash with Exeter City.

Unfortunately for Masterson, he was an unused substitute but it was a clear indicator of his potential.

As of late, Masterson continues to make an impression as he was invited, along with the rest of Liverpool's senior squad, to a warm-weather training camp in La Manga, Spain.

Jurgen Klopp clearly sees something in the Dubliner https://t.co/KoMvgHZPri 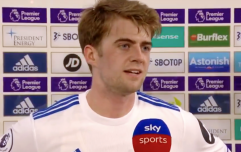 END_OF_DOCUMENT_TOKEN_TO_BE_REPLACED

For the former Lucan United player to be included in this group is undoubtedly a seal of approval from Klopp who clearly sees something in the player.

The former Borussia Dortmund manager revealed to the Liverpool Echo what his thoughts were behind inviting Masterson and his academy colleague, Yan Dhanda, to the training camp.

“I knew them both from training with us already,” Klopp said.

“I also spoke with Pep (Pep Lijnders - academy coach) and it was a logical decision.

“We could have taken Rhian Brewster or a few other guys, but Yan Dhanda and Conor Masterson are the next boys."

This suggests that Masterson is the next player from the club's academy to make the step up to the senior squad, which we must admit, is incredibly exciting, for not only Masterson but Irish football in general. 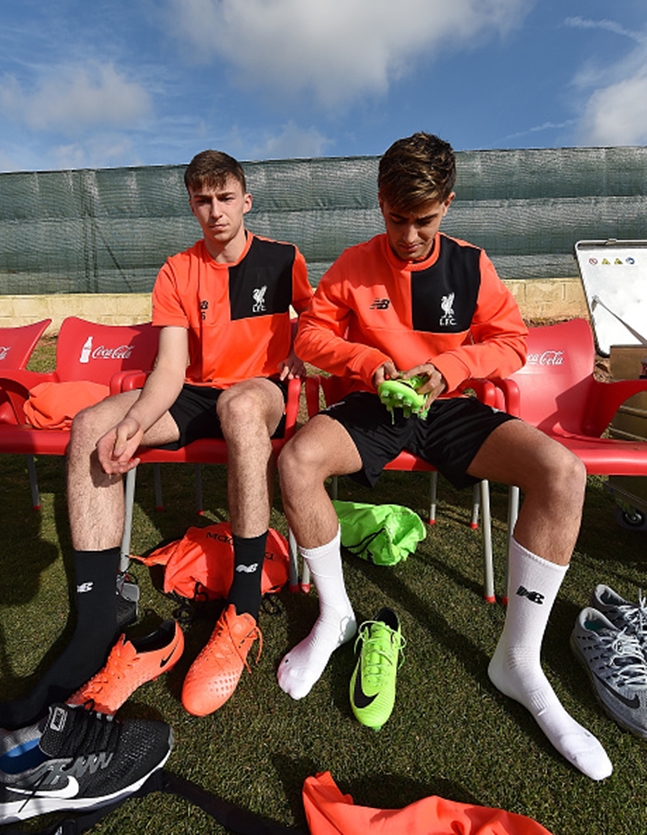 Klopp further revealed his admiration for the players' work ethic, something which they would need to have in spades if they are to fit in with Klopp's footballing philosophy.

"...We needed two players and we decided on Yan and Conor.

“I know all of the boys and that’s really cool. It’s a good group. They have worked well, really good attitude. Yan and Conor have fitted in well.”

We hope Klopp's admiration for Masterson will mean that we won't be waiting too long for another Irish player to make a senior appearance for Liverpool as it has now been eight years since Robbie Keane donned the famous red shirt before returning to Tottenham Hotspur.


popular
In 86 seconds, Patrick Bamford becomes English football's voice of reason
Springboks legend Tendai Mtawawira tells us what he really thinks of Ellis Genge
'Make him hurt, make him yours' - How the Springboks ruled the world
'Beast' Mtawawira is a big fan of Mike Ross' Lions front row
Jose Mourinho is about to step up and become the hero football needs
"We did find him hours later and we made up." - How Flynn and his best friend came to blows in Croke Park
Jose Mourinho is the picture of happiness and health after Spurs sacking
You may also like
13 hours ago
Jurgen Klopp says his opinion "didn't change" on Super League
20 hours ago
Super League: Ensuring failure isn't an option for the cowardly cabal
21 hours ago
Football's greatest heist has been happening in broad daylight for years
1 day ago
Jürgen Klopp's 2019 comments on European Super League are back in circulation
5 days ago
Liverpool fan turns to tattoos and Cheryl Cole to inspire Madrid miracle
1 week ago
Richie Sadlier tears into "liability" Trent Alexander Arnold as Liverpool crumble
Next Page