Jurgen Klopp does his best to downplay Liverpool title challenge

"We don't chase City, we try to win our football games."

Jurgen Klopp spoke about the Premier League title race on Wednesday night after Liverpool's 6-0 demolition of Leeds United at Anfield.

The Reds' win saw them go within three points of Manchester City with a superior goal difference.

The champions play host to Liverpool on April 10th which could see the winner take a massive step towards winning the Premier League title. 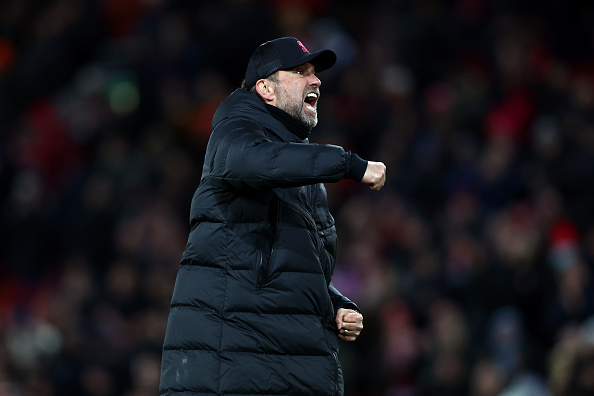 The Liverpool boss is keeping his feet firmly on the ground when discussing the Man City title charge after their stunning win over Leeds at Anfield on Wednesday night.

"We don't chase City, we try to win our football games," Klopp said in his post-match interview, before speaking about the Carabo Cup final on Sunday, where Liverpool play Chelsea.

"Obviously we have our cup final at the weekend, City play before and they might win, so it [the lead] could be six points again before we next play."

"I'm not sure whether we play before or after them in the game after, so it might be nine points all of a sudden. We don't have to count these kind of things, we just have to win our football games."

🚨 | The Premier League have confirmed fixtures live on Sky Sports at the beginning of April, including Man City v Liverpool! 🍿📆

Klopp on Liverpool's performance against Leeds.

Following Liverpool's emphatic win, the German emphasized the importance of defensive solidarity as his side is more than "just a good football team." While the January signing of Luis Diaz from Porto has enabled Klopp to rotate his squad as the club compete on multiple fronts.

"As much as I love the goals we scored tonight, I loved the clean sheet, because everything we do is based on a top, organised defensive performance."

"Without that, we are just a good football team. With it, we can be a successful football team. I liked the determination we showed tonight for defending, the commitment from the boys.

"This is an interesting period of the season, definitely. We've got the final, then the FA Cup, and then West Ham, we already lost against them this season so no one should count the points before we play them. We just have to stay really focused and go with it with all we have." 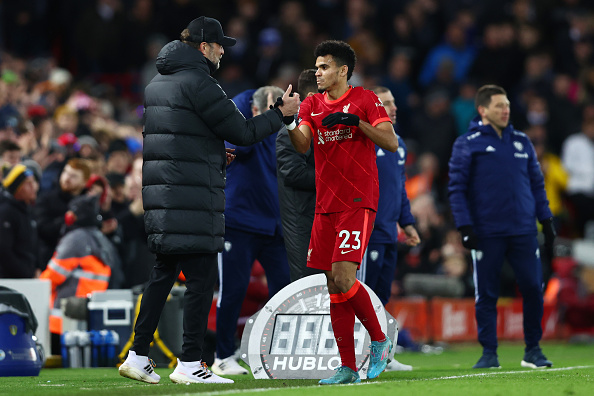