Liverpool manager Jurgen Klopp has said that he became quite emotional when the club's leading goalscorer Mohamed Salah let Roberto Firmino take the Reds second penalty in the 5-1 win over Arsenal on Saturday.

Liverpool were buoyed by Tottenham's 3-1 loss to Wolves earlier during the day and proceeded to eviscerate Arsenal with Firmino striking in the 14th and 16th minute after the Gunners took an early lead through Ainsley Maitland-Niles.

Reds winger Sadio Mane then made it three just after the hour mark after knocking his shot into the back of the net before leading goalscorer Mohamed Salah completed the rout with a penalty just before half-time. 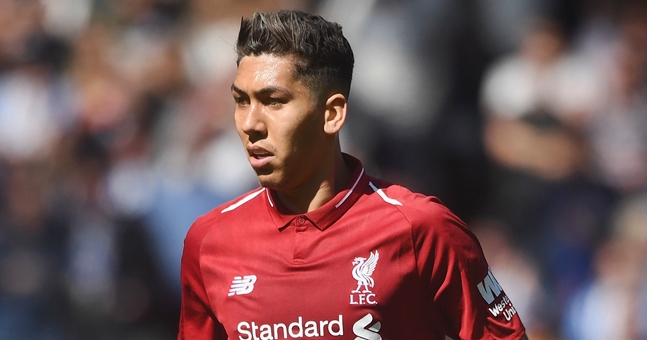 Arsenal momentarily put an end to the bleeding after the break but Firmino sealed his hat-trick in the 65th minute with Liverpool's second penalty of the game.

Salah deferred to the Brazilian who had scored just four goals in 19 league games this season heading into Saturday's match and Klopp said after the game that he was delighted that Salah let his teammate take the penalty to complete his hat-trick.

“We knew in the second half that the game wasn’t finished, so we wanted to control it,” Klopp told BBC Sport.

Mo Salah gave the penalty to Bobby [Firmino] and I almost cried because we all know how much Mo wants to score goals. It was really nice.”

Arsenal took the lead through Maitland-Niles in the 11th minute but Klopp praised his side for staying calm and putting the pressure on the Gunners.

“The response [to going behind] was world class,” Klopp said. “We stayed calm and really forced the mistakes.

“Firmino’s second when Sadio [Mane] won the ball – wow. It was perfect defending.”

popular
"No doubt he'll say he played shit like he normally does, but I thought it was a good game."
The SportsJOE 12 o'clock quiz | Day 144
The SportsJOE 12 o'clock quiz | Day 143
SportsJOE 2000s Football Quiz | Round 12
Three teams Leinster can pit against each other to prepare for Munster
Only a Champions League fanatic would get full marks in this quiz
Brooks Koepka puts PGA Championship leaders on notice with final round comments
You may also like
3 weeks ago
Sadio Mane: The Man Who Should Be King
1 month ago
"That's not how it should be" - Klopp demands greater protection for Alisson
1 month ago
"Luis Suarez made a big mistake and we, as a club, got it wrong" - Jamie Carragher
2 months ago
'I never liked Eric Cantona... but he was my favourite player' - Neil Ruddock
2 months ago
10 Liverpool players Manchester United fans loved to hate
2 months ago
"Can you hear that? They still believe in us. We have to give them something back"
Next Page