Newcastle United did not have a shot on goal until the penalty was awarded.

Jose Mourinho did his best to keep a lid on his emotions after a late Spurs handball decision cost his side two precious points.

Tottenham Hotspur should have defeated Newcastle by three or four goals. Instead, they ended up with just a point after a controversial penalty decision deep into injury time. 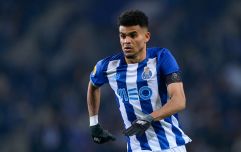 END_OF_DOCUMENT_TOKEN_TO_BE_REPLACED

Spurs led 1-0 through Lucas Moura and should have added to that tally in a game they completely dominated.

Instead, they could not find the killer strike and Steve Bruce tossed on Andy Carroll to give his side a greater physical presence up front. As it transpired, a late free-kick was lofted towards the box. Carroll climbed highest but his header struck the arm of Eric Dier in the Spurs box.

Dier had his back turned and did not intentionally interrupt the flight of the ball: 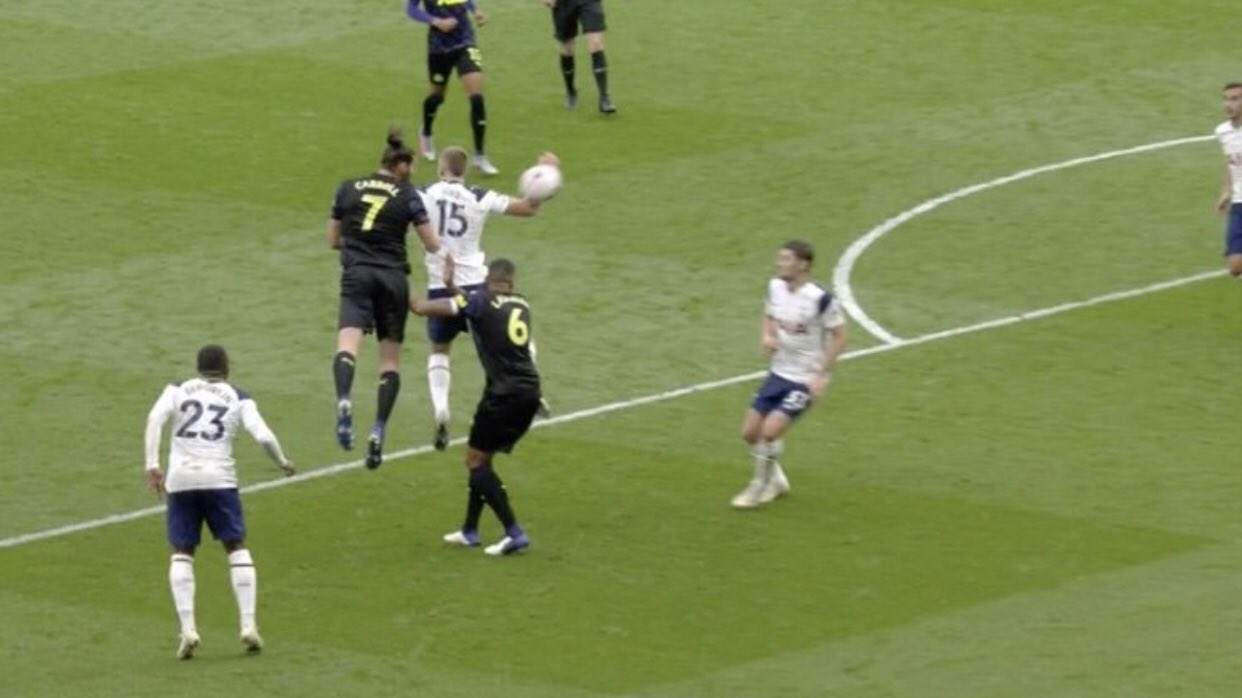 However, the current league rules state that a penalty may be awarded if the ball strikes the arm of a player, with the arm being away from the body. A penalty can be given (among other reasons) if:

After a long VAR delay, and with referee Peter Bankes referring to the pitch-side monitor, a penalty was awarded to Newcastle United.

Callum Wilson stepped up, after a decision furore died down, and slotted home a 96th minute equaliser.

🎙 - "Whoever is in involved in this - stop it. You're ruining football." @Carra23 is 𝙣𝙤𝙩 happy with the decision to give this as a penalty - your thoughts? 🤔

There was an additional minute played, after that Wilson goal, but the game ended in a draw. As José Mourinho stormed down the tunnel, a number of Spurs players confronted the officials.

Spurs goalkeeping coach Nuno Santos pulled captain Harry Kane away from the fray, only to himself receive a red card for staying behind to remonstrate. In his post-match interview with Laura Woods, Mourinho commented:

"I don't think... I think about my team performance. Really, really good performance... it should have been 3-0 or 4-0 but for Karl Darlow's performance.

"We had that situation where we lost two points, but I am not going to comment on it. I react during the game, but I don't want to speak about it. If I have to give money away, I prefer to give it to a charity."

Ludicrous. Utterly ludicrous law exacerbated by VAR. Can we have our game back please?

"This is ridiculously harsh," said Graeme Souness on Sky Sports after the game. "But you can't blame the referee because he's only following the rules."

The latest handball decision comes a day after Crystal Palace's Joel Ward had a penalty awarded against him for a similar offence against Everton.


popular
Paul Galvin is not one bit impressed with the new Kerry jersey
Andy Moran reveals which former Mayo teammate was the ultimate team player
QUIZ: Which is the correct GAA crest?
Ireland Under-17 defender Cathal Heffernan 'in talks' with AC Milan
Kieran Trippier pinpoints Daniel Levy's biggest transfer mistake
Craig Dias on club All-Ireland run, winning Leinster, and making his second debut for Dublin a decade after his first
"It’s hard not to respect Johnny, even if you don’t like him!" - Dan Biggar

You may also like
4 days ago
"He’s got to show what’s between his legs now." - Warnock accuses refs of big club bias
4 days ago
Roy Keane has heaped praise on Trent Alexander-Arnold
5 days ago
"I'm a bit wary of saying they've gone sloppy in case Klopp comes after me!" - Roy Keane
6 days ago
Hard to argue with Declan Rice assessment of Man United's late winner
6 days ago
Duncan Ferguson buys drinks for Everton fans before Aston Villa clash
1 week ago
Man United reportedly identify Tariq Lamptey as solution for problem position
Next Page