The England No.1 responded rashly after dropping a ball into the box.

Jordan Pickford was extremely fortunate not to concede a penalty and receive a caution after another rash, feet-first challenge in his box.

Just three weeks after the Everton goalkeeper injured Virgil van Dijk with a knee-high challenge (pictured below), during a drawn encounter with Liverpool, he was at it again. 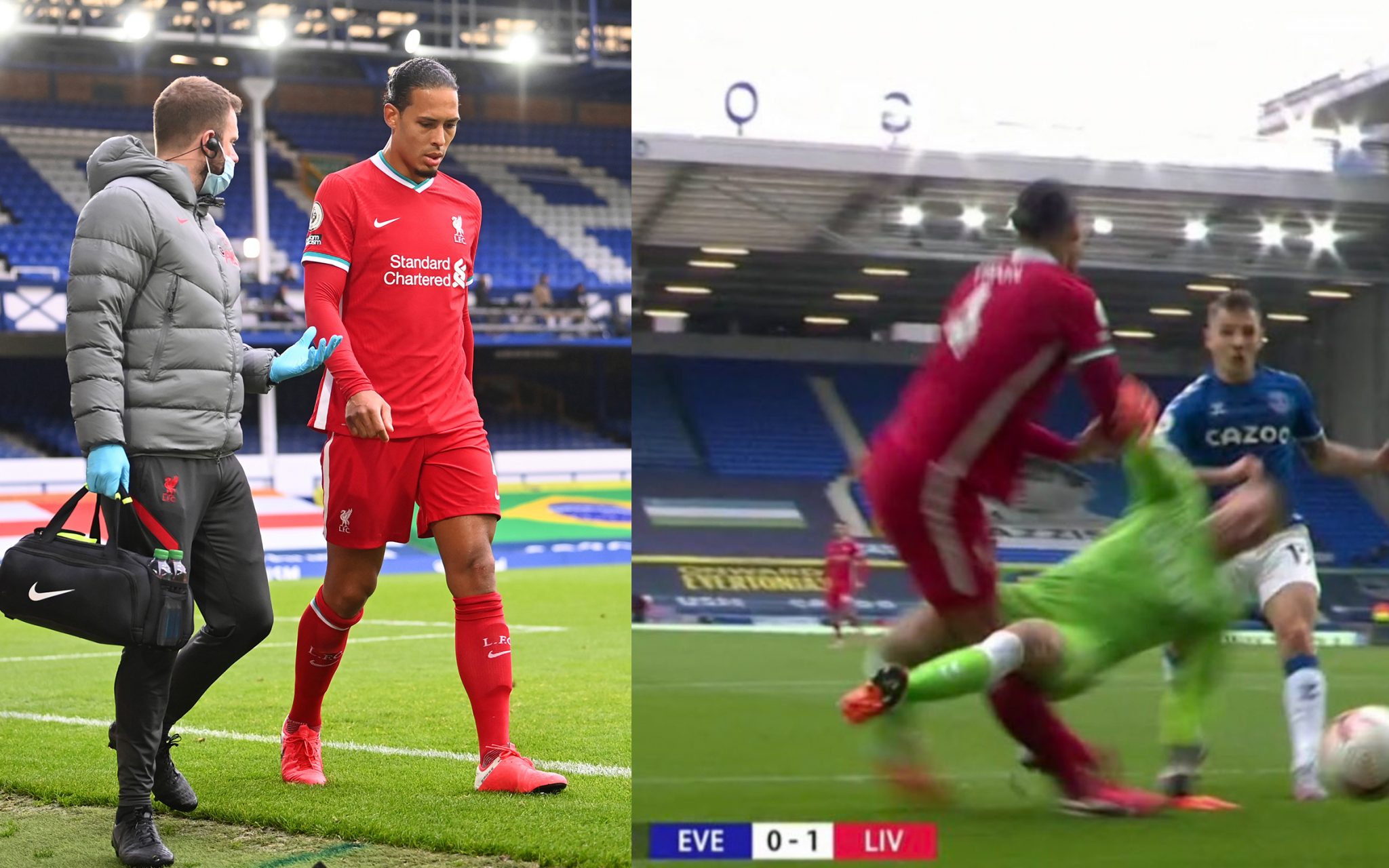 United were leading 2-1, after trailing to a Bernard strike, and attempting to add to their tally when a free was curled in to the back post.

Pickford failed to make a clean catch and United defender Harry Maguire was on hand to pounce on the dropped ball. Pickford, in a desperate attempt to put Maguire off, hooked a kick that struck Maguire in the midriff. 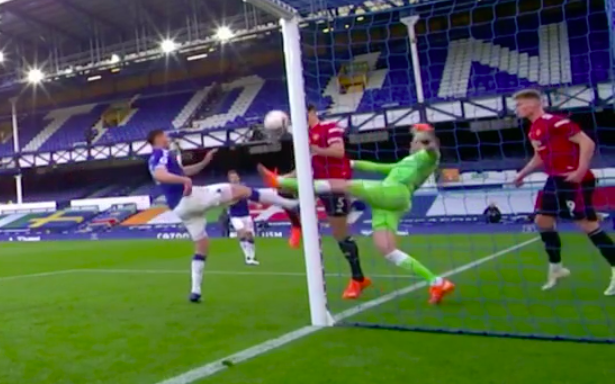 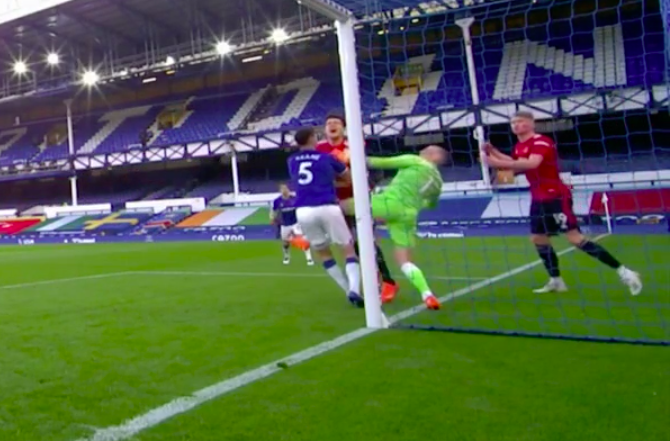 Everton defender Michael Keane also crashed into Maguire as his effort looped up and over the bar. Maguire fell to the turf but referee Michael Oliver did not blow his whistle (the clip can be seen here).

There was a VAR check on the incident but they did not intervene with a penalty call or any indication of dangerous play.

Over on BT Sport, commentator Robbie Savage could not believe his eyes while former Premier League referee Peter Walton, back in the BT studio, felt the Pickford and Keane challenge should have seen United awarded a penalty.

Needless to say, the incident sparked lots of opinions, with some pointing out that Maguire had laid an arm on his England teammate before the drop.

Not only was it a penalty on Maguire, but Keane could have also been sent off for kicking Pickford #MUFC

Pickford has already wrecked van dijk and could easily have wrecked Maguire today ... how does he get away with it?!

The Pickford error narrative is lols but he drops the ball because Maguire pushes him. Clear foul on the keeper. pic.twitter.com/M5GmKGQqHL

I don’t like Pickford.. but no one seems to be mentioning the fact Maguire pushed him out of play there that caused the ball drop.

Down the other end of the pitch, moments after, Maguire was lucky to avoid caution for a sliding tackle in the box when play was called back for an offside call.


popular
'Make him hurt, make him yours' - How the Springboks ruled the world
In 86 seconds, Patrick Bamford becomes English football's voice of reason
Springboks legend Tendai Mtawawira tells us what he really thinks of Ellis Genge
'Beast' Mtawawira is a big fan of Mike Ross' Lions front row
Jose Mourinho is about to step up and become the hero football needs
"We did find him hours later and we made up." - How Flynn and his best friend came to blows in Croke Park
Jurgen Klopp says his opinion "didn't change" on Super League
You may also like
17 hours ago
Ander Herrera rips European Super League apart, just like we all knew he would
2 days ago
Jose Mourinho responds to Paul Pogba criticism after Spurs draw
5 days ago
Man United make Old Trafford change in bid to improve home form
1 week ago
Mourinho launches astonishing attack on Solskjaer in response to "conning" remark
1 week ago
Harry Kane expected to push fo Tottenham exit if they miss out on Champions League
1 week ago
Man United to explore using Jesse Lingard as makeweight in Declan Rice deal
Next Page