Jordan Henderson’s role in Leicester's goal needs to be highlighted

Liverpool have made a perfect start to the season.

Following the 2-1 victory over Leicester City on Saturday afternoon, Jurgen Klopp's side have now won all four of their Premier League games this season. They have conceded just one goal in over 360 minutes of football, and they couldn't go into the international break in better condition.

Klopp's team sit top of the table despite not playing particularly well, by their own standards, in any of their four matches. However, this is only likely to give supporters more cause for optimism. Liverpool fans can point to the old adage that the true mark of champions is to win even when they don't play well.

Their performances last season proved that Liverpool can beat any team when on form, and there is no harm in having room for improvement after four wins in a row. Liverpool's fixtures for the rest of September also mean that they will have no choice but to improve. 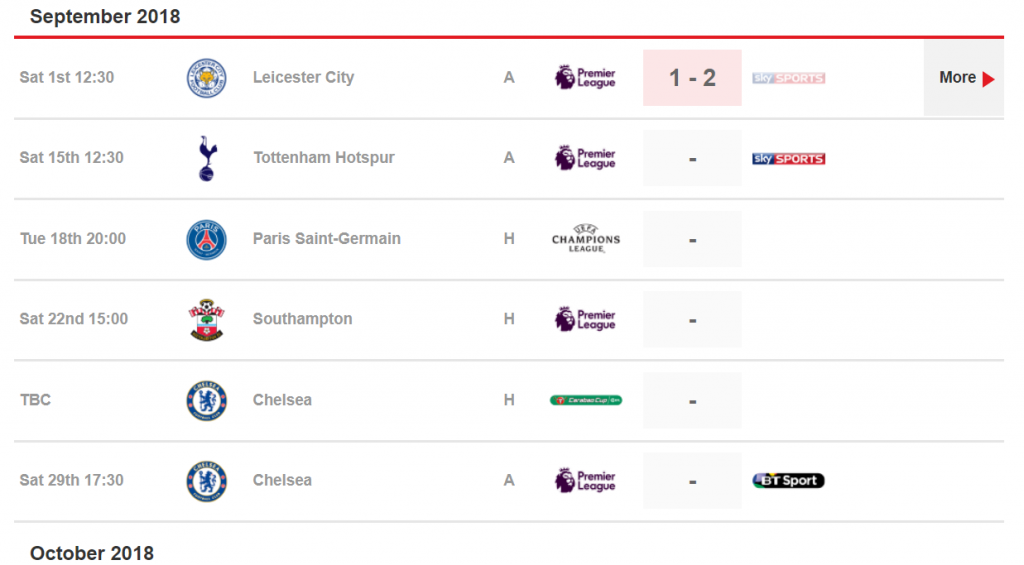 After the win over Leicester, the focus will most likely be on Alisson Becker's error which led to Rachid Ghezzal's second-half goal. However, while it was the type of howler synonymous with Loris Karis, Alisson is certainly no Karius. He may not take such a needless risk again when in possession in his own penalty area, despite his obvious confidence on the ball, and he has made several impressive saves so far this season.

Of more pressing concern for Liverpool should be the performance of Jordan Henderson in midfield. The Liverpool captain was the only change to Klopp's lineup, replacing the impressive Naby Keita. On the evidence of Saturday's match, Keita should come straight back into Liverpool's midfield for the trip to Tottenham after the international break.

Henderson, starting his first game since the World Cup, was nervous in possession and this seemed to spread throughout the team. Liverpool were leading 2-0, thanks to goals from Sadio Mane and Roberto Firmino, but managed to lose control in midfield. Henderson, when he wasn't pointing at others to receive the ball rather than him, was apprehensive and jittery in possession, and loose with his passing. He was arguably the weak link in Liverpool's team. 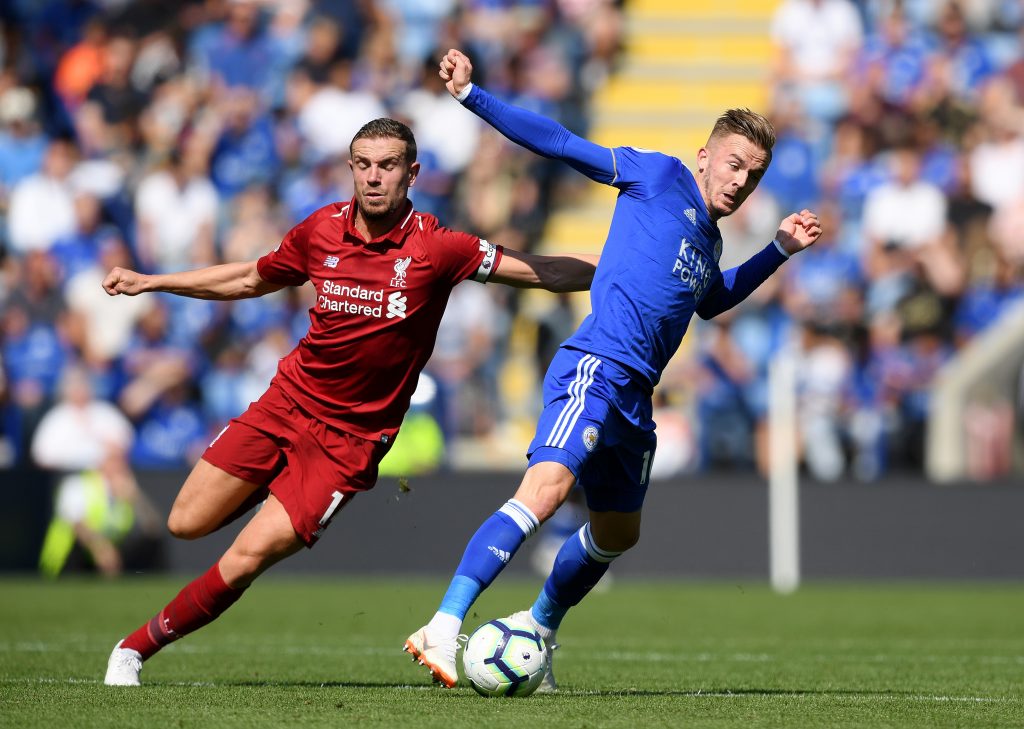 This culminated in Henderson's contribution to Leicester's goal. Of course, it was Alisson's mistake that directly led to the goal, and Virgil van Dijk's pass back to his goalkeeper wasn't accurate, but Liverpool's captain also didn't cover himself in glory.

Henderson received a short pass from James Milner on the edge of the centre circle in his own half. If he had just looked to his left, Henderson would have spotted that Mane was open for a pass.

However, he didn't get his head up and instead played a short pass to Joe Gomez, who was soon closed down.

This was a needlessly poor pass to play.

Gomez was chased down and did well to even keep hold of the ball after receiving such a difficult pass.

The Liverpool defender managed to get the ball back to Henderson. 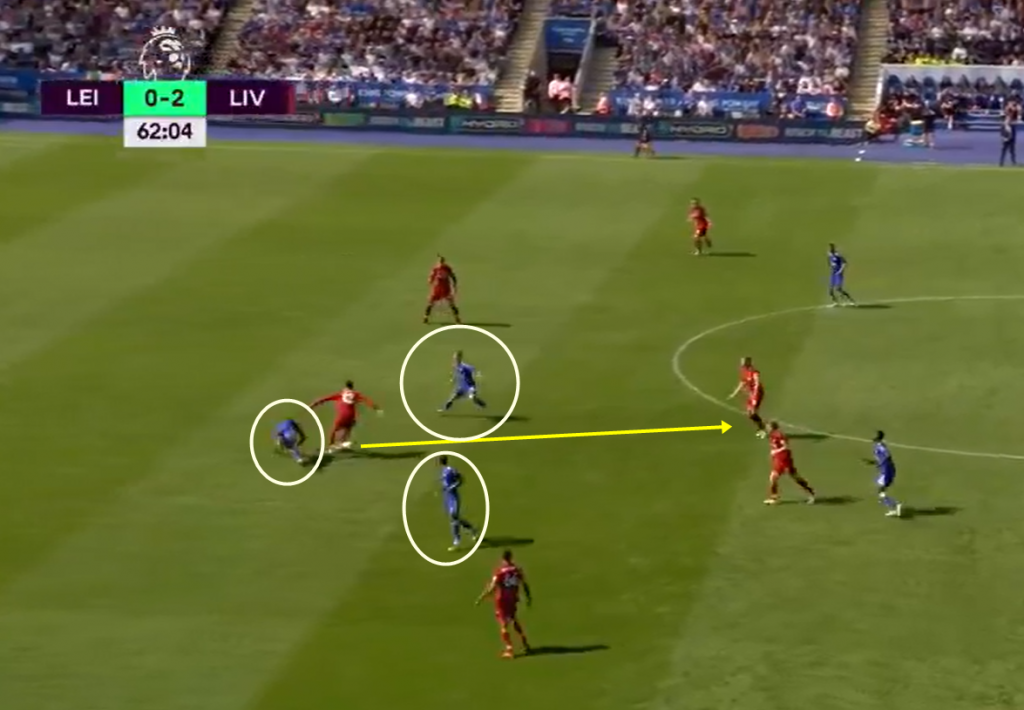 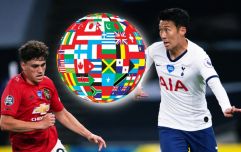 END_OF_DOCUMENT_TOKEN_TO_BE_REPLACED

This time the Liverpool captain was under slightly more pressure from the opposition. However, once again, he made a poor choice.

He spooned a heavy pass back to Van Dijk, Liverpool's deepest defender, putting him under pressure the way he had with Gomez seconds beforehand. 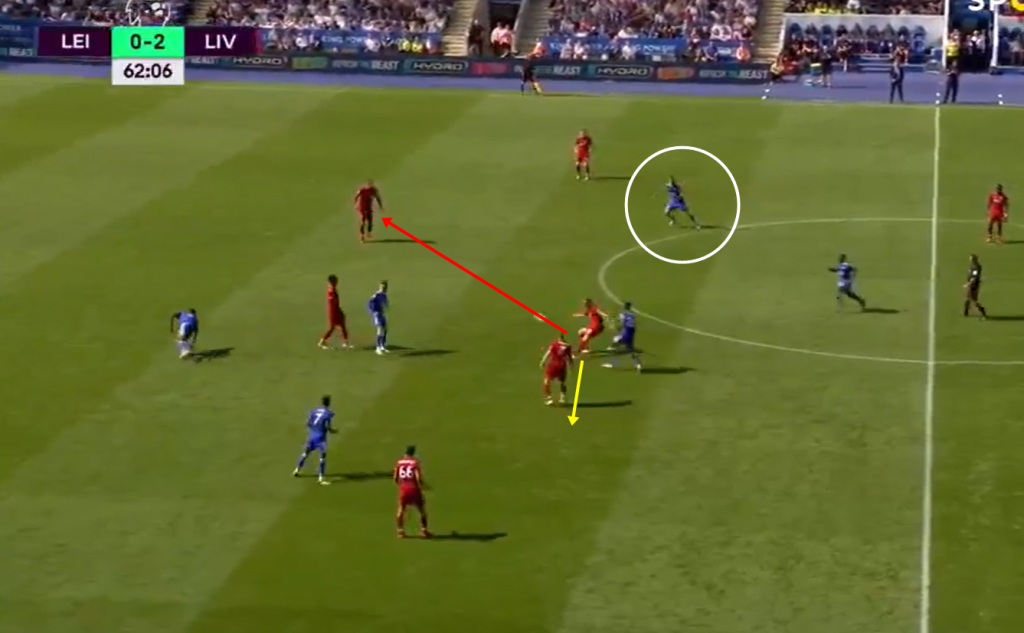 Van Dijk was forced to take a touch to control the bobbling ball, and played a poor pass of his own back to Alisson, forcing the Brazilian 'keeper wide of his goal.

Alisson then made the error that led to Leicester's goal. 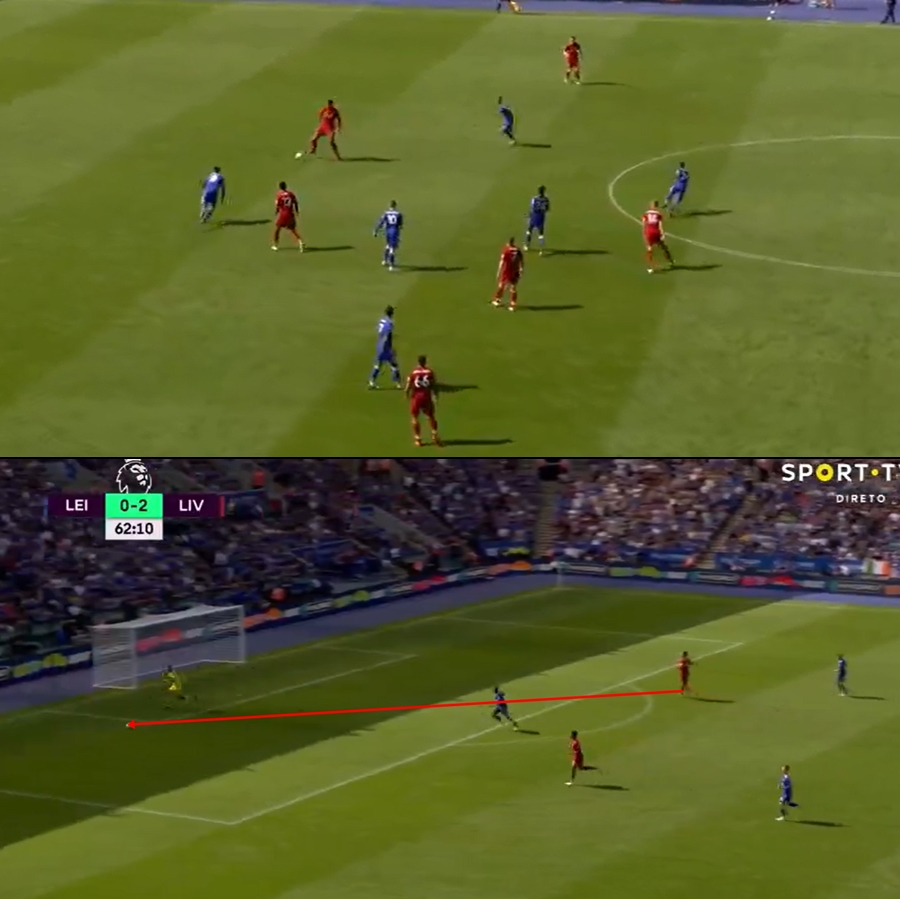 Liverpool held on, but Leicester were never out of the game because Klopp's team never managed to get a grip in midfield. The Foxes can feel with some justification that their efforts warranted more from the game.

Henderson was making his first start of the season, so it's possible that he was merely rusty after a long summer which saw him reach the World Cup semi-finals with England.

It's also possible that Klopp wanted to rest Keita after three games in a row in a new league. So, one can't be too harsh on the Liverpool manager for making the change. 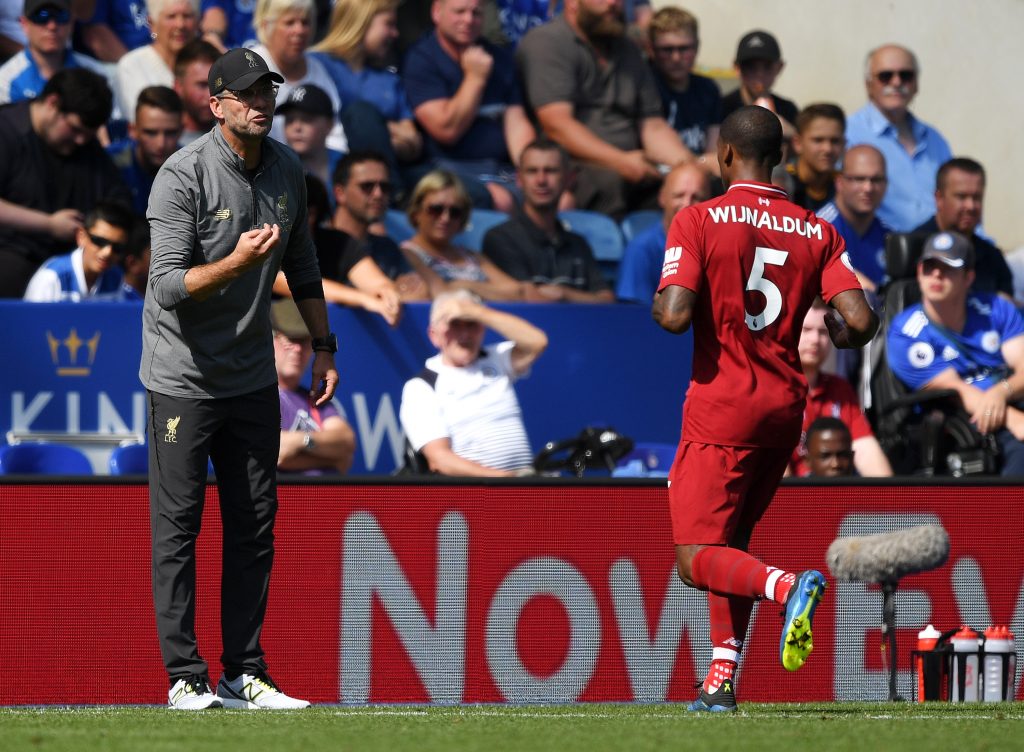 However, this type of display wasn't out of character for Henderson. The Liverpool captain was equally unimpressive against Croatia in the World Cup, and appears to be a level below his midfield teammates at Anfield.

When Fabinho gets up to speed, he could be a much-needed controlling presence in midfield for Liverpool and Keita already looks like he will dominate games. While Milner and Georginio Wijnaldum have started the season in excellent form, even if Wijnaldum wasn't at his best on Saturday.

Henderson appears to be the odd-man out in Liverpool's midfield, and it's difficult to where he fits in as Klopp's team mount a title challenge.


popular
The SportsJOE 12 o'clock quiz | Day 104
James Haskell on text exchange with Peter O'Mahony after Ireland's victory over Scotland
David Beckham recalls how a trip to Ireland got him in trouble with Alex Ferguson
"Shane was just gifted. He could play centre back, centre forward, he had everything"
The SportsJOE 12 o'clock quiz | Day 103
"The academy boys have turned into small monsters over the past few weeks" - Peter O'Mahony
"I have more work done than any player in Ireland" - The Trevor Giles tribute show
You may also like
2 weeks ago
Uncomfortable truth about Roy Keane swipes at De Gea and Maguire
2 weeks ago
QUIZ: Can you name all of these blurred Premier League legends?
2 weeks ago
In an uncertain world, David Luiz provides the reassurance we all need
2 weeks ago
Underwhelming Premier League XI of the decade
2 weeks ago
QUIZ: Can you name every Irish player with 15 or more Premier League goals?
2 weeks ago
QUIZ: How well do you remember the last round of Premier League fixtures?
Next Page