Jon Walters' stunning volley against Burnley was a thing of beauty

If there are any bows left, Jon Walters should feel free to take the lot guilt-free.

Walters entered into this weekend's round of matches on a bit of a barren run for the Potters. Having not scored in 16 appearances, the Irish international's inclusion in the starting line-up was met with some backlash from the fans.

Less than 20 minutes into the game, his detractors shut their mouths... that is after they had picked their jaws up from the floor.

Walters bagged his 40th Premier League goal as Stoke City beat Burnley 2-0 at home, with Marc Muniesa adding the second in the latter stages of the first half.

His fine effort began with Mame Biram Diouf's throw-in at the near touchline. 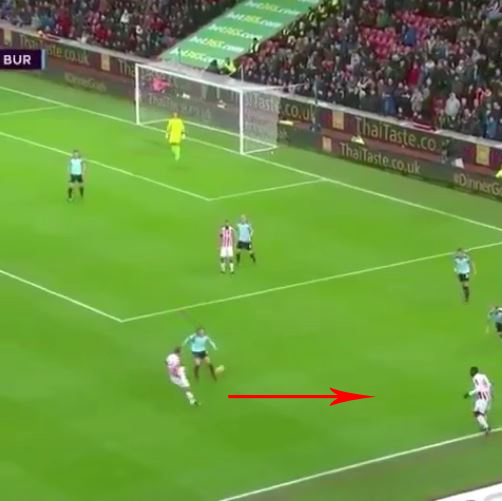 After a quick one-two, Diouf found himself back in possession before quickly playing it towards Xherdan Shaqiri. As soon as he hit the pass, Diouf did a 360 degree spin away from the defender that was closing him down and began charging down the channel ready to be played in. 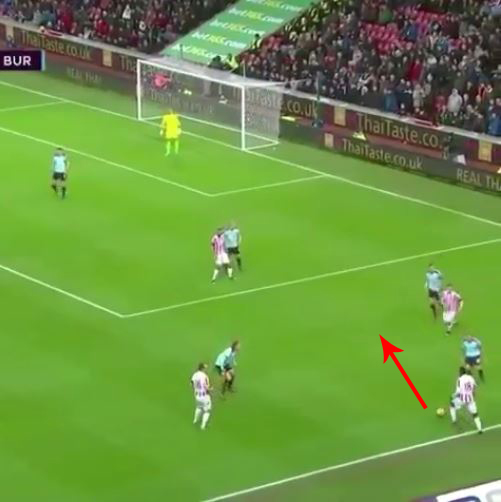 "The Power Cube" spotted the run and immediately flicked the through ball in for Diouf with one-touch. Diouf left the defender choking on his dust as he sped towards the ball before sending an inviting low cross into the box. 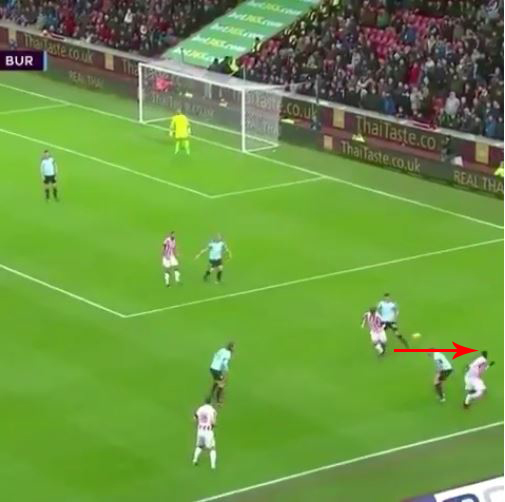 By this time, Walters had made his run into the box and found himself completely free of a marker. When the ball reached him, he didn't need to take more than one touch as he went straight for the volley towards goal. 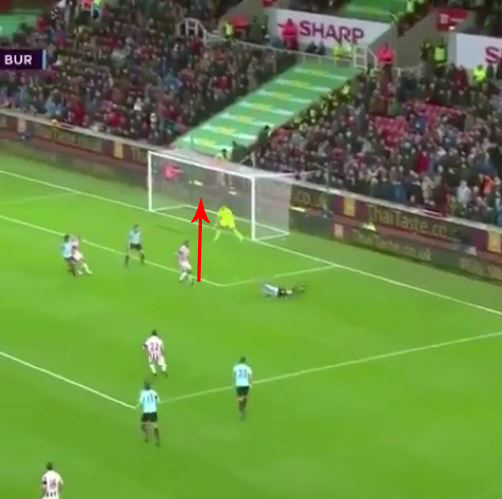 He made no mistake with the finish as it went looping over Paul Robinson's head and into the far corner of the net.

What a move. What a finish. What a way to end a dry spell. 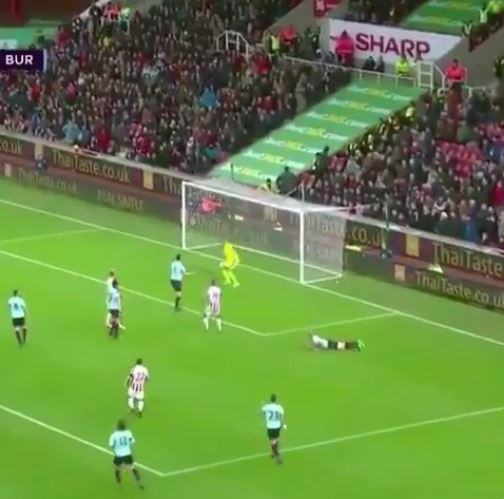 
popular
Sean Cavanagh speaks nothing but sense about what GAA players should do in the gym
The SportsJOE 12 o'clock quiz | Day 309
Robbie Henshaw one of three Irish players deserving of Lions Test XV
Marcus Rashford and teammates reach out to Timothy Fosu-Mensah after knee injury
Referee Mathieu Raynal puts Sexton in his place after TMO mess
Welsh star backs Ringrose and Henshaw for Lions backline
"I feel it is important to provide people with some context surrounding this photo."
You may also like
3 minutes ago
Rio Ferdinand recalls Roy Keane sparking out United youngster in training
1 week ago
Jurgen Klopp and Seamus Coleman exchange words as Everton beat Liverpool
3 weeks ago
Death threats sent to referee Mike Dean and his family after Soucek red card
3 weeks ago
Jeff Hendrick criticised for "stupid" red card foul on Takumi Minamino
4 weeks ago
Roy Keane takes "frightened" Man United to task after more dropped points
4 weeks ago
Ole Gunnar Solskjaer overheard ordering Rashford to target Arsenal star
Next Page