"I wouldn't blame that on strikers."

One Irish player emerged with great credit on Monday night. Unfortunately, he was in the Sky Sports studio. Jon Walters was a pundit on Sky's coverage of the awful goalless draw between Denmark and the Republic of Ireland. And he was brilliant.

Walters was articulate, honest and insightful.

He was also in an awkward position on Monday night. Walters was probably Martin O'Neill's favourite player during the team's run to Euro 2016 and the pair appear to have a good relationship.

Yet, Walters also had to analyse another abject display from the Ireland team, where they had no shots on target in a dead rubber against a side with nothing to play for as they had already been promoted.

It's hard to argue with his comments, to be fair https://t.co/MM5cMIr3Px

Ireland have not scored a goal in their last four games - their worst run in front of goal since 1996.

O'Neill constantly complains that the team lack a "natural goalscorer" and uses it as an excuse for the team's terrible return in front of goal.

Of all his tedious excuses, the "natural goalscorer" line is arguably his worst.

However, Walters rightly said that it wasn't about missing a prolific goalscorer - Ireland simply don't create any chances for a striker to convert.

"On the back of other performances, we've had real defensive performances and got clean sheets," he said.

"When you play like that, it's how you turn that into creating chances and score goals. Goals are a problem.

"But I wouldn't blame that on strikers and say, 'we're missing a striker. We're missing Robbie Keane'. We've got to create chances."

Ahead of kick-off tonight, we decided to look at EVERY chance Ireland have had in the entire #NationsLeague campaign before tonight.

END_OF_DOCUMENT_TOKEN_TO_BE_REPLACED

Ireland spent the game camped on their 18-yard line.

They played without ambition or any cohesion - which isn't a surprise. O'Neill names his starting lineup an hour before matches.

Walters was asked if it was up to the manager or the players to take control of in-game tactics and try to get Ireland higher up the pitch.

The forward said it varies. Some players are comfortable working in an ad-hoc fashion, but younger players expect to receive more information from their coach. 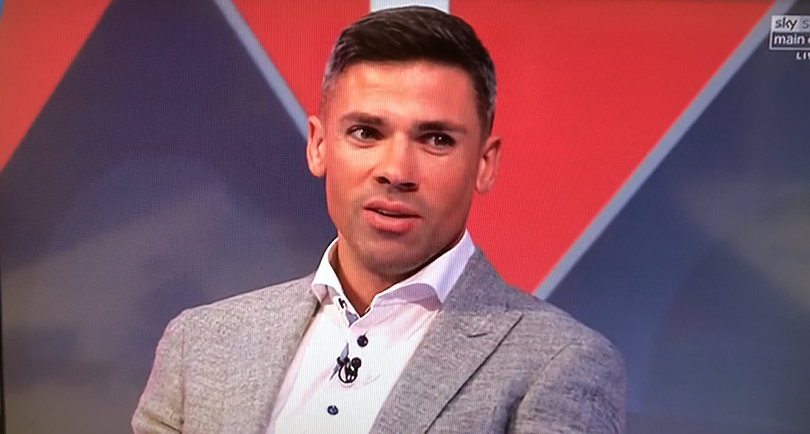 "Every manager is different," the forward said.

"I've played in the Irish team when the players will sort it out. I'll say to Seamus, 'I want it here. I want it there.' And you'll have little relationships like that.

"I'm the type of player that will sort it out. I'm not sure whether the modern day player will. And I'm not saying that's right or wrong.

"A lot of young players are coached through academies and taught a different way of playing."

Walters is out injured with a ruptured Achilles and won't play again until March or April 2019.

In that time, we should see him again on our TV screens. He appears to be a natural fit as a pundit.

You may also like
3 weeks ago
QUIZ: How well do you remember Euro 2016?
1 month ago
You'll be hard pushed to get full marks in this Serie A quiz
1 month ago
QUIZ: Guess the footballer from their Wikipedia page | Irish edition
1 month ago
"I think he kissed the jersey" - Mick McCarthy opens up on Declan Rice
1 month ago
You'll need all your powers to get 20/20 in this 1990s Irish footballers quiz
2 months ago
Can you name Ireland's top Premier League scorers without making a mistake?
Next Page