Leeds are said to be looking at a late move for Egan.

Leeds United are interested in signing John Egan before the transfer deadline on Thursday night, according to reports.

Leeds are currently without several defenders due to injury and are searching for reinforcements.

Egan is a key player for Sheffield United and has helped the Blades reach the top of the Championship after seven games of the season. 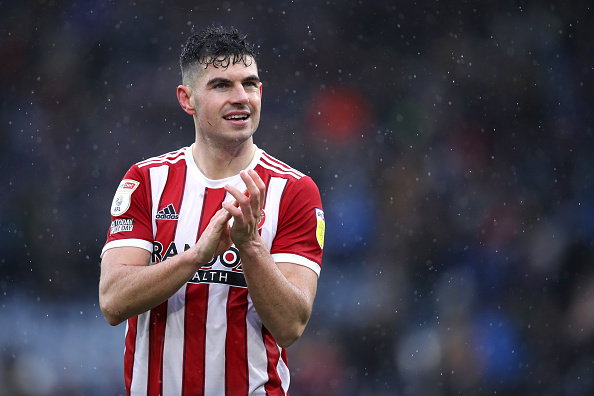 According to The Daily Express, Leeds expect to make more signings before the deadline and are said to be exploring a move for Egan.

END_OF_DOCUMENT_TOKEN_TO_BE_REPLACED

The Republic of Ireland defender, 29, joined Sheffield United in 2018 and has made 173 appearances for the Yorkshire side.

Egan helped the Blades earn promotion to the Premier League in 2019 and retain their place in the division the following season.

Sheffield United were relegated in 2021 but have started the current season in good form and are currently top of the Championship.

Whether they would be prepared to lose Egan at this stage of the season, remains to be seen. SportsJOE has reached out to Egan for an update on the links.

END_OF_DOCUMENT_TOKEN_TO_BE_REPLACED

The Ireland defender is under contract at Bramall Lane until the end of next season. At international level, Egan is a key player under Stephen Kenny.

Egan has earned 26 caps for Ireland.


popular
Peter O'Mahony riled by "petulant s**t" as Munster toasted by Dragons
Grim injury news for Seabelo Senatla after Bundee Aki's red card clear-out
GAA JOE Team of the weekend
Martin O'Neill doesn’t wait for a second invitation to settle an old score with Matt Doherty
55-year-old County Cork athlete beats Kaka in Berlin marathon to remember
James McClean's battle with John McGinn worth the attendance fee alone
Alan McNamee wins his 13th Offaly senior football medal as Jason McCarthy suffers nasty leg injury in Clare
You may also like
1 week ago
Why have some Premier League games been postponed this weekend?
1 week ago
Your guide to a great weekend of football and rugby and how to stream it all
2 weeks ago
English football could be postponed for a second weekend
2 weeks ago
Thomas Tuchel releases emotional statement after Chelsea sacking
2 weeks ago
Fears of fans disrespecting the Queen 'was a factor' in football postponement
2 weeks ago
Dublin could host Champions League games next week
Next Page