'John Egan was very influential in that period when we needed somebody to be.'

Stephen Kenny praised the 'aggressive' play of John Egan which helped the Republic of Ireland to draw 2-2 with Belgium on Saturday evening.

The Sheffield United defender was instrumental in gaining momentum in Ireland's favour, following a shaky start that saw the Belgians take the lead at the Aviva Stadium. 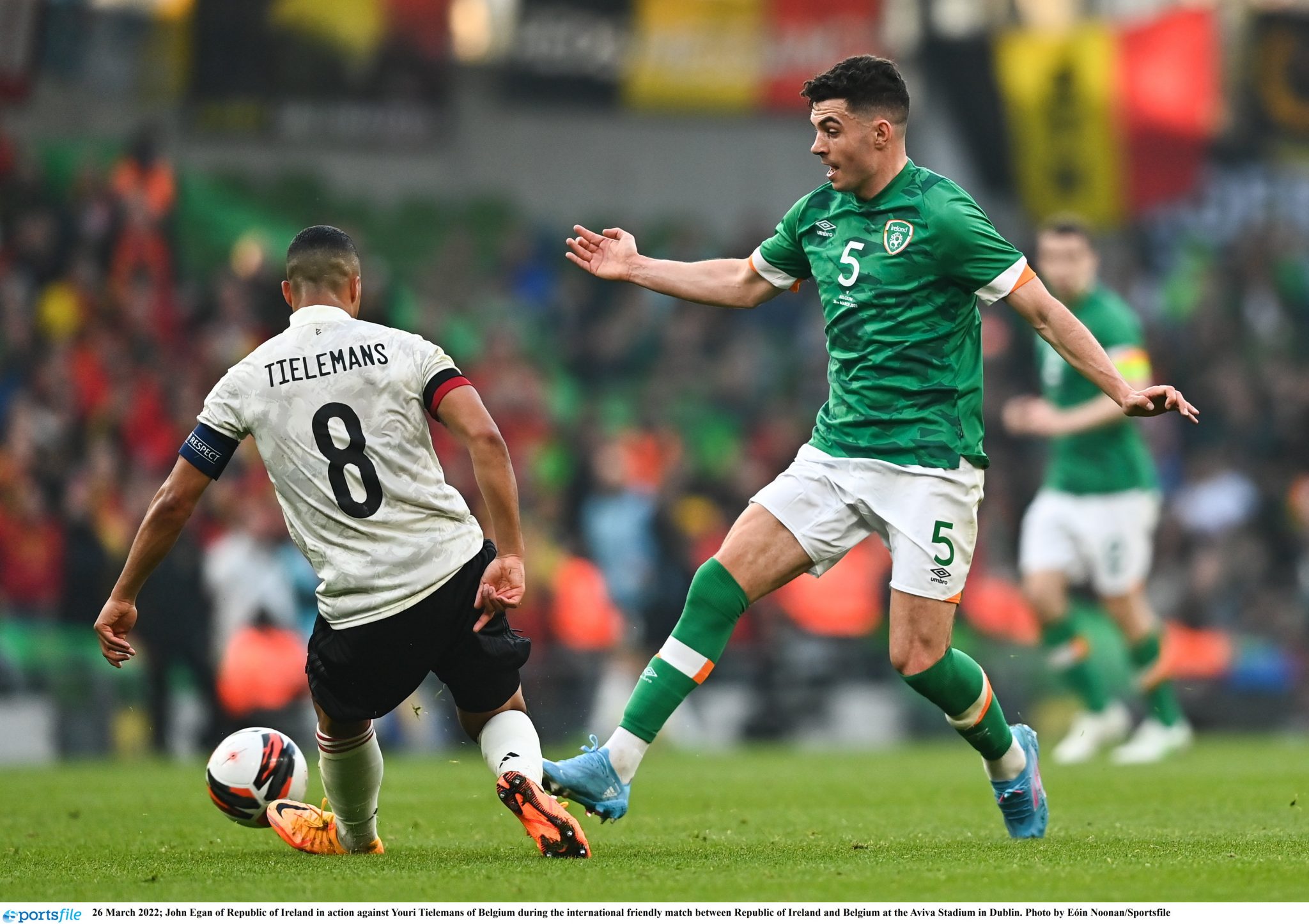 END_OF_DOCUMENT_TOKEN_TO_BE_REPLACED

Kenny was full of praise for the Corkman at full-time, who has made 38 appearances in the Championship this season. He emphasised the importance of Egan's experience in switching the momentum of the match in Ireland's favour.

According to the Ireland manager, the 29-year-old's defensive display was instrumental in setting the tone for Ireland's comeback against the number one ranked team in the world.

END_OF_DOCUMENT_TOKEN_TO_BE_REPLACED

"To be fair, I thought John Egan changed a lot in that period," Kenny told reporters in his post-match press conference.

"His press was so aggressive from left centre-back that he won a couple of critical challenges and forced them onto the back foot, plus he took the ball out and was able to add some calm to our play.

"I thought he was very, very influential on our play in that period when we needed somebody to be. That was in both characteristics, in terms of spectacular challenges and also carrying the ball out and being able to use it well." 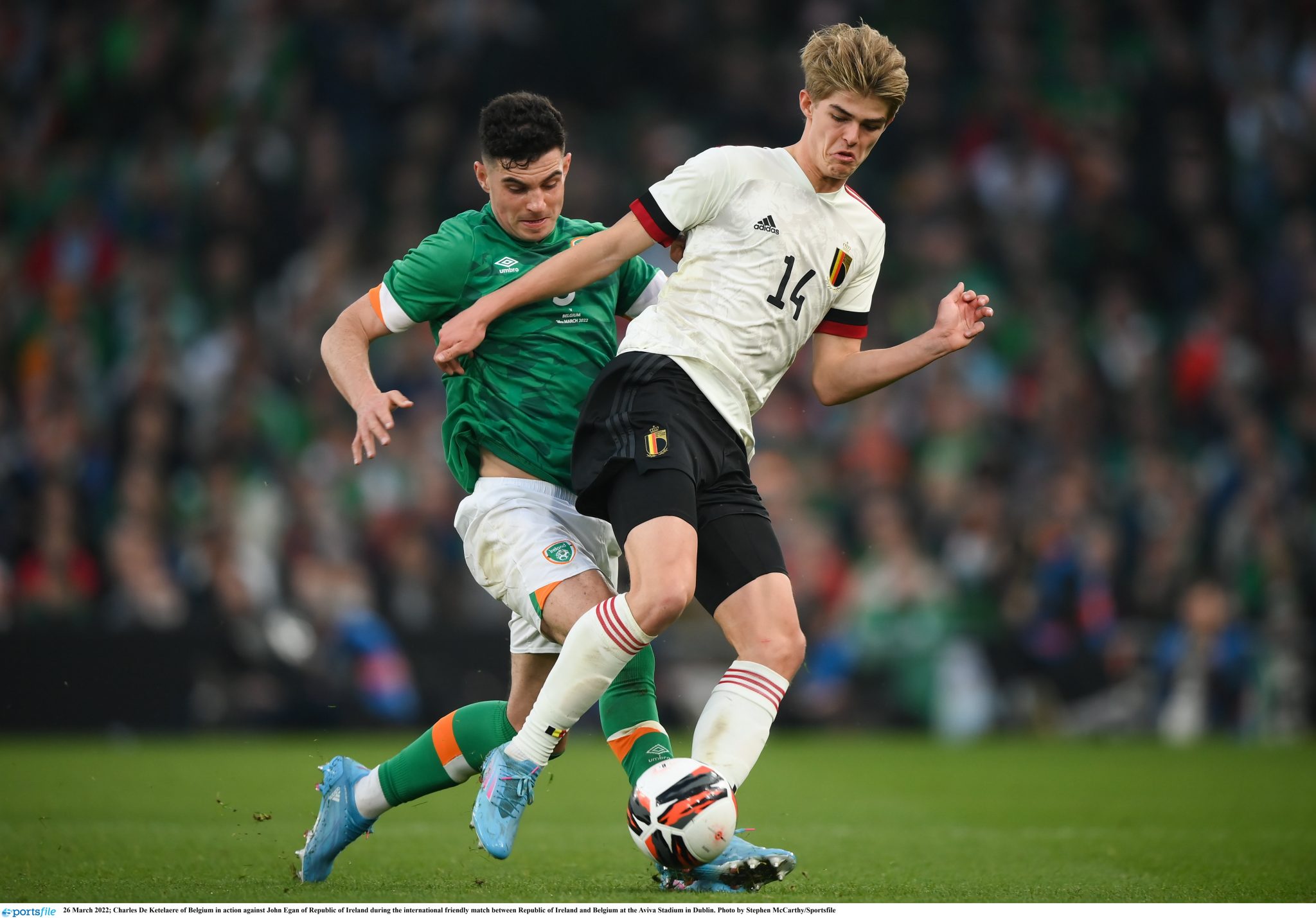 END_OF_DOCUMENT_TOKEN_TO_BE_REPLACED

Kenny was delighted with the team's determination to gain a stronghold in the game after a tough start to the fixture marking Ireland's centenary year.

The 50-year-old discussed how it was essential for his side to be brave and go "one-on-one at the back" in order to earn a result from the friendly. 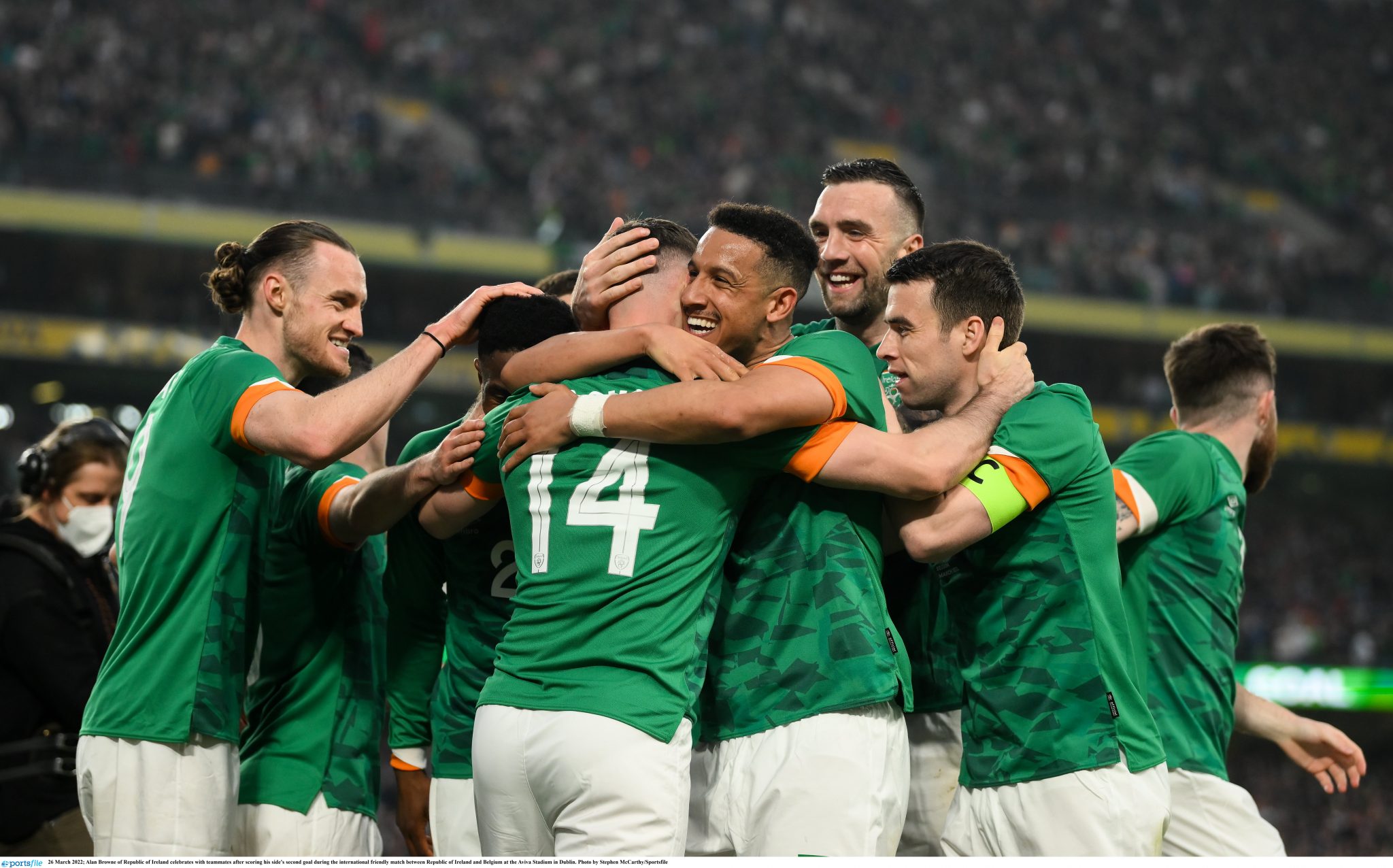 "We were quite aggressive in that period and able to get in front of our man. We committed players to a high press, our pressing was relentless and they struggled to get out with that," Kenny said.

"You leave yourself one-on-one at the back, but we were willing to do that. We don't want to be in a low block defending against them. You could play in a mid-block and end up in a low block and not get out, they're that good. It's a slow death, we're not having that."


popular
Andy Farrell goes for Munster veterans as Ireland team to face New Zealand named
The four stone-cold certainties for All-Stars even as early as this
"He's actually smiling putting the ball over the bar. He should nearly be fainting." - Ryall on Limerick's legacy
Eamon McGee just couldn't help himself with Armagh-melee tweet
Kylian Mbappe reportedly wants PSG to sell Neymar
Gavin Coombes one of four Irish players to push themselves into Test picture
"The economy was one of the big reasons" - Cadogan's move from an electrician to personal training
You may also like
1 week ago
Robbie Brady: Three Championship clubs line up Ireland winger on free transfer
1 week ago
Burnley name their price for Nathan Collins with two Premier League clubs interested
1 week ago
Troy Parrott wants to 'impress' Antonio Conte during Spurs pre-season
1 week ago
Aiden McGeady could be Hibs bound as Lee Johnson drops transfer hint
1 week ago
Three Premier League clubs reportedly want to sign Nathan Collins
1 week ago
"Is Stephen Kenny telling him to do it?" - Liam Brady questions Ireland tactics and contract decision
Next Page