Ole Gunnar Solskjaer has transformed the mood at Manchester United by allowing the players to express themselves on the ball and actually attack, something we only saw during José Mourinho's reign when it was the only remaining option.

But Solksjaer is capable of playing bad cop too, as Jesse Lingard revealed to Sky Sports in the build up to United's clash with Tottenham at Wembley.

"He has got a hairdryer in him," Lingard said, drawing comparisons to Sir Alex Ferguson's most famous man management technique. 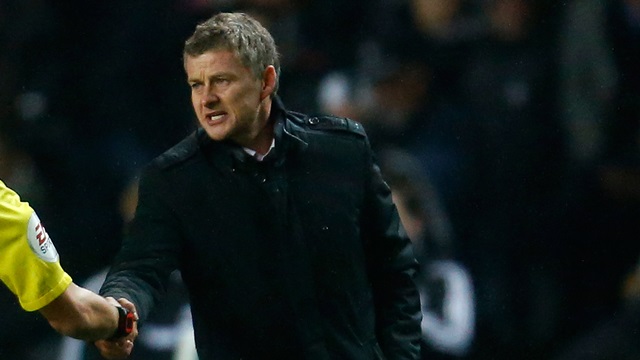 "He will put his foot down and tell you how it is. That is what you need sometimes if a game is going well, you need a pick-me-up to remind yourself that you are a Man Utd player and you play with pride and passion. It’s not all jokes and smiles. We work hard and that’s what he wants. He wants 100 per cent from each player and everybody to know their job on game day. We are clued up through the week on what we need to do."

END_OF_DOCUMENT_TOKEN_TO_BE_REPLACED

Solksjaer faces his first proper test as United boss this afternoon, having been blessed with a run of relatively winnable games during his bedding in period. This match against Spurs will give more of an indication as to whether he is capable of managing the club long-term, as they come up against one of the best teams in the country.

Spurs are without some key players including Jan Vertonghen and Eric Dier, but go into this game having just beaten Chelsea in the first leg of their Carabao Cup semi-final against Chelsea.

popular
"No doubt he'll say he played shit like he normally does, but I thought it was a good game."
The SportsJOE 12 o'clock quiz | Day 144
The SportsJOE 12 o'clock quiz | Day 143
SportsJOE 2000s Football Quiz | Round 12
Three teams Leinster can pit against each other to prepare for Munster
Only a Champions League fanatic would get full marks in this quiz
Brooks Koepka puts PGA Championship leaders on notice with final round comments
You may also like
6 days ago
All hail Alexis Sanchez, the man who played Manchester United like a piano
1 week ago
Jadon Sancho to earn eye-watering salary at Manchester United
1 week ago
The daily diet of Manchester United midfielder Jesse Lingard
2 weeks ago
"I was the monkey on his back, all the time" - How Clough handled Keane
3 weeks ago
'Cristiano Ronaldo broke David De Gea back in 2018'
4 weeks ago
Victor Lindelof is 90% perfect, but it's the rest that kills you
Next Page