75 games later, Jeff Hendrick must know he will never win over all the doubters.

For much of Ireland's win over Armenia, on Tuesday evening, a popular school of thought was 'Why are we playing three centre backs, a holding midfielder and Jeff Hendrick?'

Armenia looked as inclined to attack as a sloth is to somersault off a tree. Ireland, in need of a morale-boosting performance and win, had the low block to break down and Armenia did not look up to much else.

END_OF_DOCUMENT_TOKEN_TO_BE_REPLACED

Hendrick was back in the Ireland XI after Josh Cullen got himself suspended for the game. For the most part, he was tidy and did what needed to be done.

When Armenia realised Ireland were there to be got at, their generous hosts gave them the run of Lansdowne Road and a two-goal lead was quickly erased. Hendrick was criticised for turning his back on Conor Hourihane's wretched cross-field pass, for the second, but his bigger crime was getting stuck in neutral for Armenia's first goal.

We have him highlighted below (circled yellow), as he gets cruised past in midfield and saunters back to spectate as Artak Dashyan (circled red) plunders one in from outside the box. 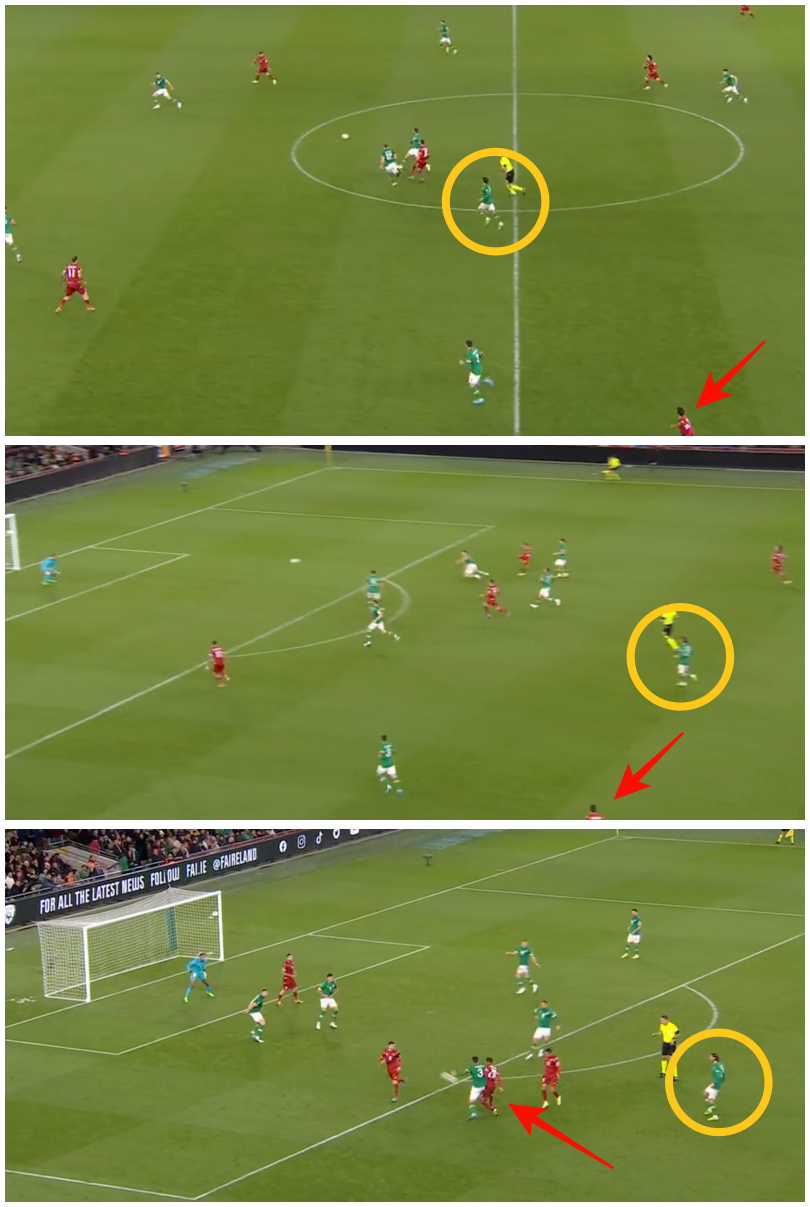 END_OF_DOCUMENT_TOKEN_TO_BE_REPLACED

Jeff Hendrick came in to do what Stephen Kenny required of him and it was all going well enough, until what the Ireland boss described as 'five minutes of madness'. The Reading midfielder was not the only player to lose the plot, but lose the plot he briefly did.

Liam Brady called Hendrick, Hourihane and Jayson Molumby out, after the tight win over Armenia, and it was hard to disagree with much of what he said.

It is a shame we are back here with the 30-year-old, especially as he seemed to be getting back to his best for Ireland, around this time last year. On a night when Ireland easily beat World Cup hosts Qatar in Dublin, Kenny expressed his hope that the Dubliner was rediscovering a reliable, all-round game. He said:

"Jeff lost his way a little bit; confidence, maybe; I'm not sure. But his performances in the last couple of windows have been excellent. He really has all the attributes of an all-round midfield player. He did very, very well and, if he brings more than that, he can only get better. I thought he was outstanding... The two players in midfield suits him. That was one of the best games I have ever seen him play."

END_OF_DOCUMENT_TOKEN_TO_BE_REPLACED

Just under 12 months on and we appear to have taken a step back with Hendrick. Cullen, Molumby and Jason Knight are the midfield trio Kenny looks to prefer in the centre of the park.

Some supporters have questioned why the midfielder is still getting used by Kenny, even going so far as to reply to his positive social media post about the game. The reason Hendrick, James McClean and Robbie Brady - Tuesday's match-winner - are still around this Ireland squad should be glaringly obvious, but many choose to ignore it.

Those three men, and a few others in the squad, are there to provide international experience and help the next generation get through big tests. If you look at the players Kenny has selected over the past 12 months, very, very few have Premier League experience. Here is how it shapes out for midfielders Kenny has called on.

Ireland's entire midfield options have 500 games of Premier League experience between them. Take out Hendrick, Brady and McClean and it is 35. Added to that, the three men have 230 Ireland caps between them.

The fact that none of those midfielders are currently playing in the top tier of English football is a giant flashing arrow towards why a side like Armenia can decide they will attack and suddenly have two goals in two minutes.

Kenny may believe Cullen, Molumby and Knight are the present and the future, but he is relying on the older generation to help them bridge that gap. On Tuesday, Brady did while Hendrick did not. It remains to be seen how much the trio are used, rolling into 2023 and the European Championship qualifiers. 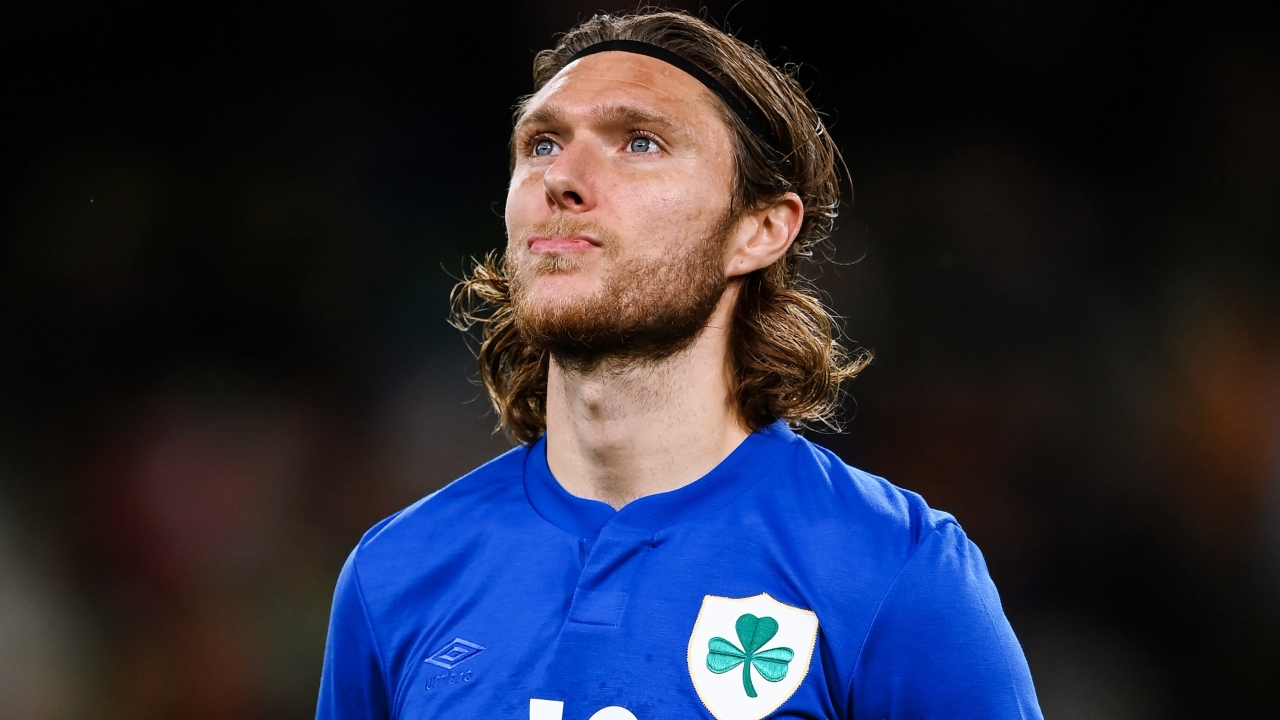 Off the back of a less than stellar Ireland outing, the last thing Jeff Hendrick needed was a major UK publication including him and Ciara Clark in an article on the millions Newcastle United are paying for unwanted players.

Hendrick and Clark were included in a five-man list, by The Mirror, of the biggest contracts Newcastle are paying out on, despite loaning players away from St James' Park for the season.

Eddie Howe's side are reportedly paying the vast majority of Hendrick's £50,000 weekly salary, despite him being on loan at Reading. Clark is on a season-long at Sheffield United and, the report states, Newcastle are paying two-thirds of his weekly salary of £40,000.

While Clark's deal with the Premier League club expires next summer, Hendrick has a contracted commitment from the Geordies until July 2024. The midfielder has played 27 times for Newcastle, and also made 11 loan appearances for QPR last season.