Jason Knight accidentally cursed on live TV following the Republic of Ireland's 1-0 defeat to Ukraine at the Aviva Stadium on Wednesday night.

The Ireland midfielder, who was named the team's man of the match, swore during an interview with RTÉ following the disappointing defeat,

The result left Ireland bottom of their Uefa Nations League group and yet to win a game in the competition after 12 games, having drawn five and lost seven. 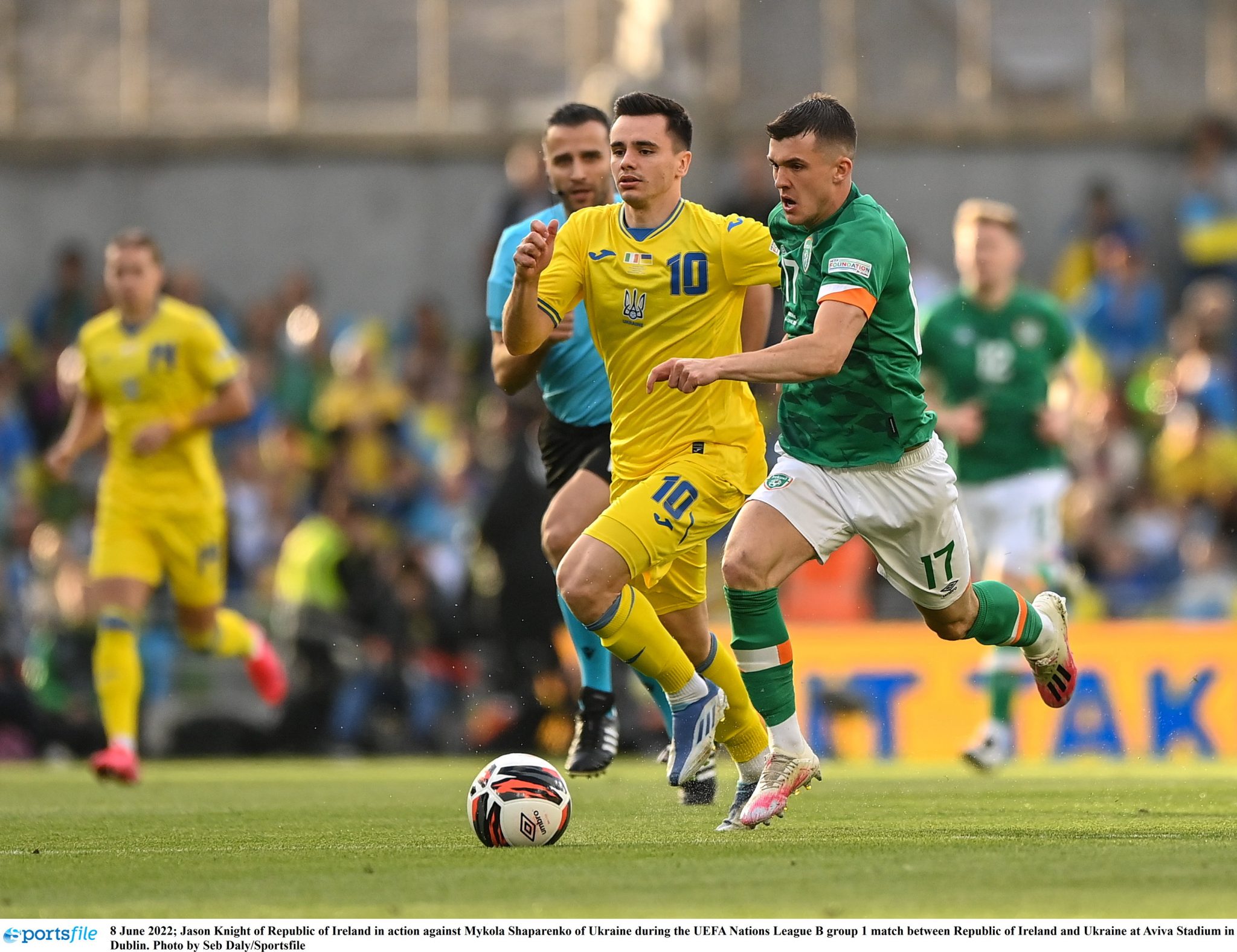 The 21-year-old was one of the only positives for Stephen Kenny as the Boys in Green lost their second game in five days.

END_OF_DOCUMENT_TOKEN_TO_BE_REPLACED

Knight picked up the RTÉ man-of-the-match award for his positive performance, despite Ireland being second best against Ukraine.

"First and foremost it’s disappointing, we didn’t want to lose of course but like you said we started well," Knight told RTÉ.

"But we need to start taking that for a full 90 minutes, and getting the result with it."

Knight was then asked what Kenny said to the players at half-time.

"He was great at half-time but f*** it," the Derby County midfielder said. 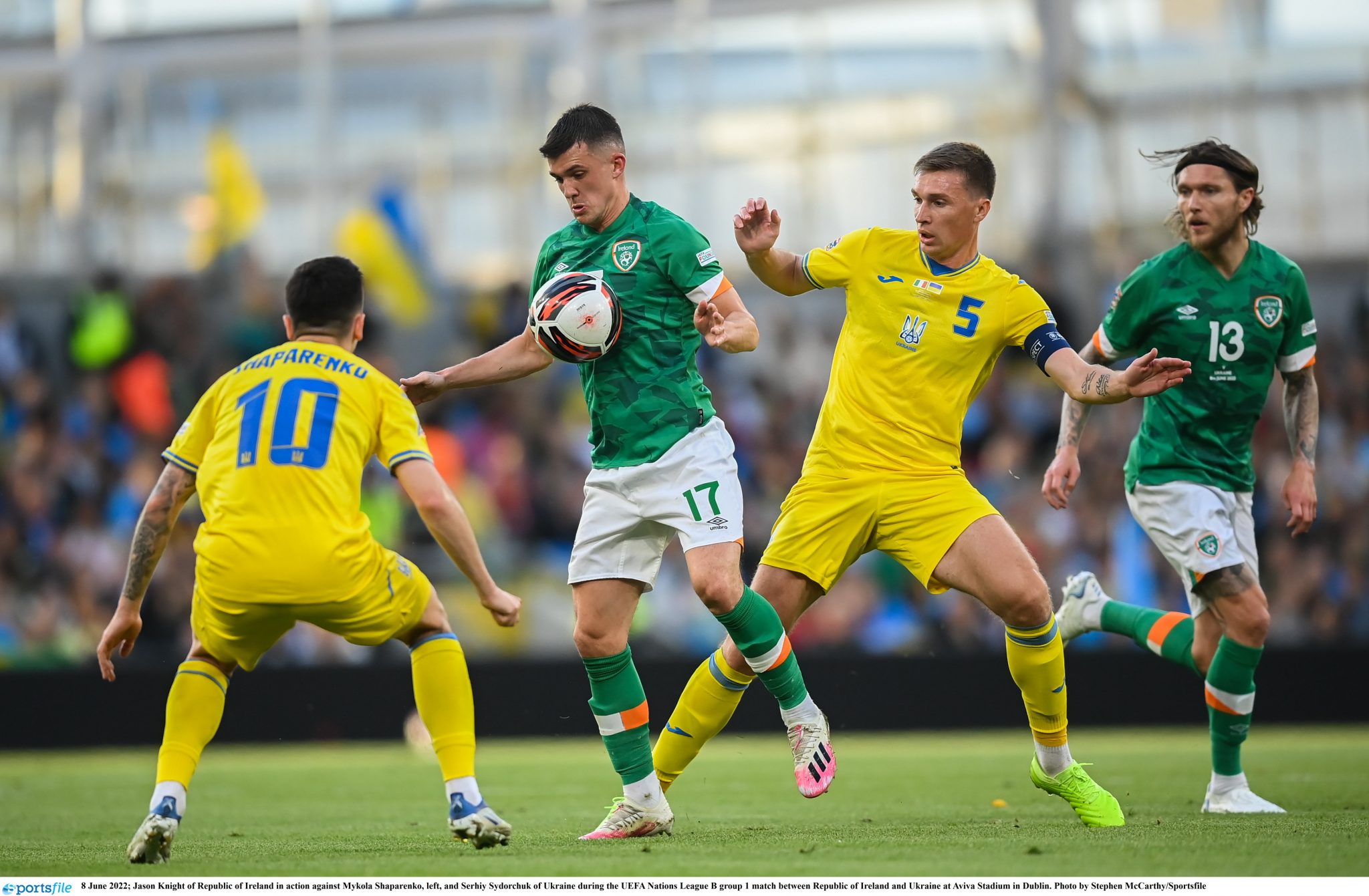 Ireland were second best against Ukraine.

Ireland started the game on the front foot, however, Oleksandr Petrakov's team were in control for large parts of the match.

Ukraine made 10 changes to the side that lost the World Cup Play-off final to Wales in Cardiff on Sunday, yet they still found a way past Ireland.

Meanwhile, the Boys in Green haven't won a competitive game at home in almost three years, when they beat Gibraltar in Dublin.

Ireland's next match in the Nations League is against Scotland on Saturday, with a 5:00 pm kick-off at the Aviva Stadium. 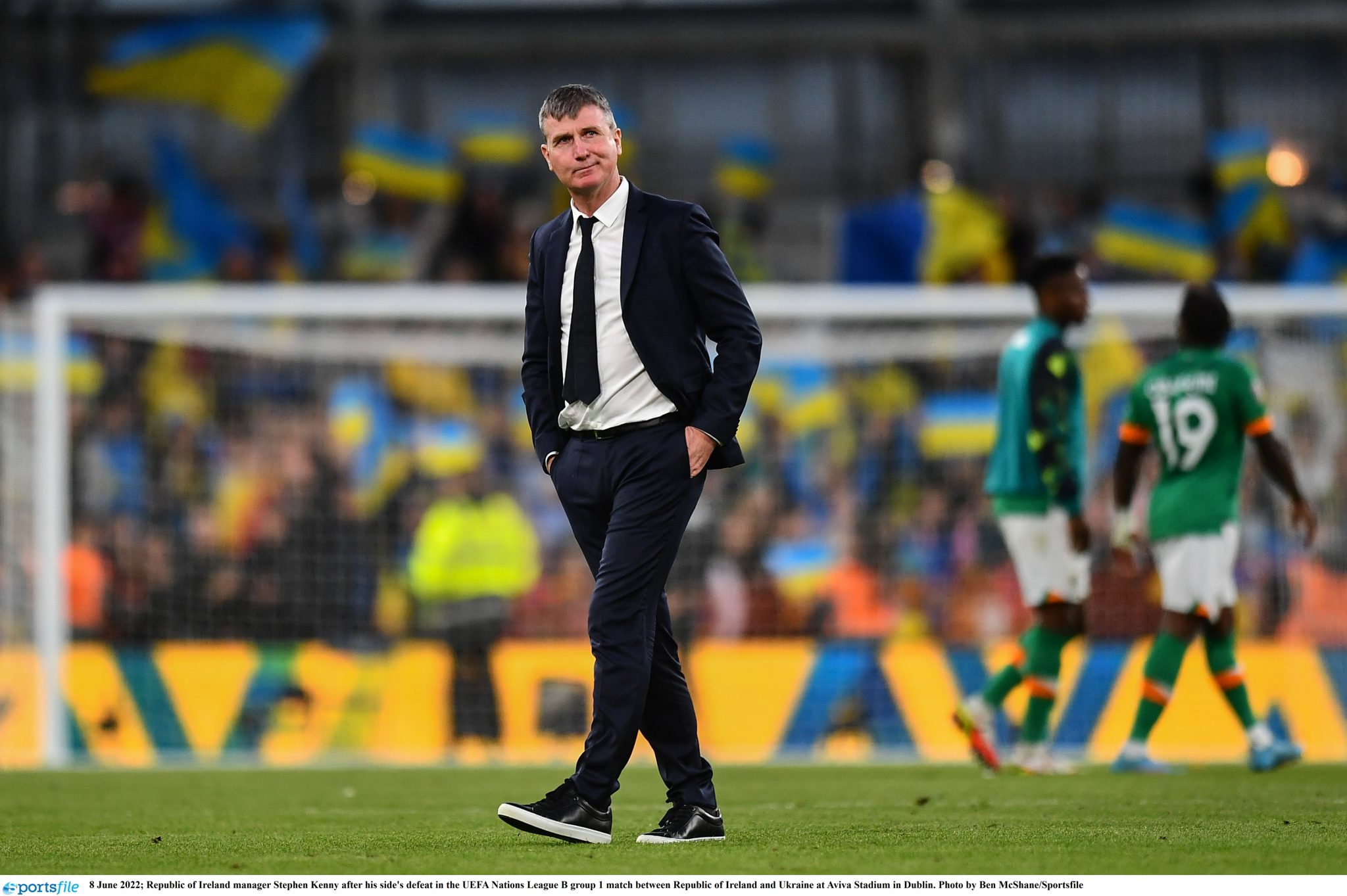 
popular
Roy Keane flatly rejects longstanding perception of ex-Man United midfielder Paul Ince
Sean Dyche set to be named Everton manager after Marcelo Bielsa talks break down
Allianz National Football League Round 1: All the action and talking points
Conor McGregor hit by car ‘at full speed’ while cycling
Roy Keane leaves ITV pundits in stitches after Pep Guardiola's pre-match interview
Quiz: Identify these 15 football clubs that are not named after a place
"I don't like to fill my time that way" - O'Hora going his own way in an era of obsessives and covering all bases
You may also like
1 month ago
Roy Keane cracks ice cold Ireland joke after France lose World Cup final to Argentina
1 month ago
Ireland reportedly line up Lee Carsley as next national team manager
1 month ago
Talksport presenter puts Martin O'Neill to the pin of his collar over Declan Rice and Jack Grealish
1 month ago
UEFA fine FAI €20,000 for Ireland dressing room song
1 month ago
The 10 England World Cup footballers who could have played for Ireland
1 month ago
Shay Given on how far Ireland could've gone at the 2002 World Cup with Roy Keane in the team
Next Page