And so began a Jamie Carragher take down of Todd Boehly and an All Star game idea pitched so brashly after he had been a Premier League club owner after a wet minute.

The American was speaking at the SALT Conference, earlier this week, and one came away understanding why Thomas Tuchel was not keen on joining a WhatsApp group with the guy.

"Ultimately I hope the Premier League takes a little bit of a lesson from American sports," Boehly proclaimed, "and really starts to figure out, 'Why don’t we do a tournament with the bottom four sports team? Why isn’t there an All-Star game?' People are talking about more money for the pyramid, in the MLB All-Star game this year we made 200 million dollars from a Monday and a Tuesday. 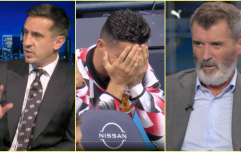 END_OF_DOCUMENT_TOKEN_TO_BE_REPLACED

"So we’re thinking we could do a north versus south All-Star game for the Premier League, for whatever the pyramid needed quite easily."

We immediately started to ponder who was the 'WE' Boehly was referring to - Chelsea or 'the pyramid'? Either way, it has caused a stir.

"He doesn’t hesitate, he doesn’t wait long!’ Liverpool boss Jürgen Klopp exclaimed, when told of the Boehly All Star idea at a Tuesday night press conference.

"Great. When he finds a date for that he can call me....Does he want to bring the Harlem Globetrotters as well and let them play a football team?" 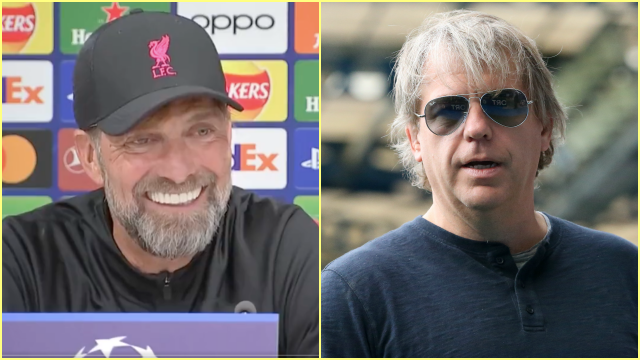 "I’m not sure people want to see that," added Jürgen Klopp, before he started to mull the idea over.

END_OF_DOCUMENT_TOKEN_TO_BE_REPLACED

"Imagine that, [Manchester] United, Liverpool, Everton, Newcastle players all on one team that’s not the national team, just a north team. Interesting game. All the London guys together. Arsenal, Tottenham. Great. Did he really say it? Interesting."
While Klopp might be up for managing a team with the pick of Liverpool and Manchester City players [and the rest], Jamie Carragher was disgusted at how the issue was so brazenly raised by the new Chelsea co-owner.

"I'll be honest," he told CBS, "I think it's incredibly arrogant to speak about a league that you don't know. I don't think you should ever discount ideas... [but] to come and speak like that, when I don't think he's even proved he can run a Premier League club well yet, I mean he's sacked a manager after three league games, after spending over £250 million.

"He's not made a great start and to speak like that when he's not even been in charge [during a league campaign] for six weeks... just imagine how American fans would feel if an English Premier League owner came over and started talking about the NFL. It's incredibly arrogant to speak like that."

"I think it's incredibly arrogant to speak about a league you don't know..."

Former Arsenal and France striker Thierry Henry took issue with Boehly saying American sports could teach the Premier League a lesson. He also took a cut at the Chelsea head honcho for his claims that Mo Salah and Kevin De Bruyne - two Chelsea signings in the past - came from the club's academy.

"Learn your own lessons first," he remarked.