There has to be some Irish buried deep within the DNA of the former England international.

And if Mick McCarthy had tried just a little harder, then perhaps we could have seen Jamie Carragher wear the green of Ireland rather than white of England.

It might seem far fetched, but in 1997 it was something the FAI were truly considering. Carragher admits that there was an approach to him to see if he would be interested in joining the 'Boys in Green'.

"The day I made I made my full debut for Liverpool, who would have been manager then? 1997? Mick McCarthy? I think he might have been at the game.

"He asked one of the Liverpool coaching staff but I'd already played for England through the ages. I think they were just checking more to be honest but that was about it."

Carragher laughs as he thinks of a centre-half partnership with Richard Dunne. The two-time FA Cup winner would no doubt have earned more than the 38 England caps he accumulated during his international career across the water if he had pinned his colours to the Irish mast. 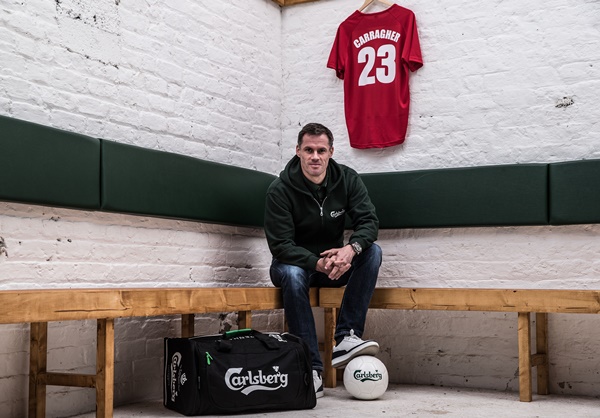 Not long after hanging up his boots, back in 2013, he got involved at Sky Sports as a pundit and commentator. The former centre-half has formed a scarcely believable partnership with once foe, but now friend, Gary Neville on Monday Night Football.

The former England colleagues' analysis has almost transformed what viewers now expect from their football pundits. Carragher admits he treats his job with Sky in the same way they he approached games as a pro.

'We're teammates now. At the end of the day we're rivals but we're teammates. We work on the show and we start the show and we end the show and the first thing you say is: 'How do you think it went'. It's like a game of football. Did we do well today? Could we have done better and that analysis wasn't good or we didn't get that right.

'We like to challenge each other so the viewer at home thinks its good to watch. We have a disagreement but we know it makes good TV and we have a good debate. It's not a slagging match but you want people to watch the show and say they enjoyed that each week.' 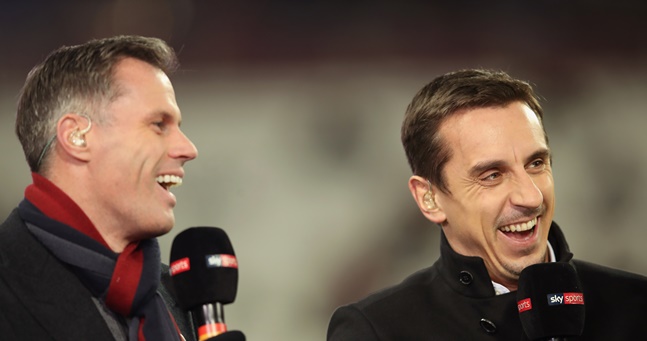 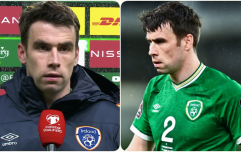 "It's a shocking result... That's on us. We should be embarrassed" - Seamus Coleman

END_OF_DOCUMENT_TOKEN_TO_BE_REPLACED

Carragher is one of a host of former professionals who now have to sit and watch former teammates and in some cases friends each week. The 43-year old only retired at the end of the 2012-13 season but he isn't worried about falling into the trap of not criticising players when they need to be. Many fans feel that pundits are too afraid to offend their mates and Jose Mourinho has accused Sky of creating an almost 'old boys' club'.

Six years ago, the former centre-half was critical of how the Chelsea players surrounded the referee during their last 16 Champions league clash against Paris St-Germain which resulted in a red card for Zlatan Ibrahimovic. The defender was accused of double standards after pictures emerged of him haranguing referees during his own playing career. Carragher says he has no problems with players getting onto refs to try and gain and advantage for their team.

'I man-marked referees all the time. As every manager will tell you, you've got to try to influence referees in certain ways, speak to them if it helps you with certain decisions. All teams do that. My criticism wasn't with that, maybe he got the wrong end of the stick. My problem was that I felt Chelsea players got a player sent off who shouldn't have been sent off. That's my problem.


popular
The Garry Ringrose narrative around the Lions Tour is complete bull
Gatland comments give insight as to why CJ Stander missed Lions call
The SportsJOE 12 o'clock quiz | Day 347
"Original Conor McGregor" Nick Diaz recounts heartwrenching story of his girlfriend's suicide
South African media shocked by Lions omissions of Sexton and Ryan
'Jesus Christ! How am I going to put up with this lad for nine weeks?!'
Jake Paul set upon by Floyd Mayweather and security staff after confrontation
You may also like
1 day ago
Performances against England saw Bundee Aki and Jack Conan become Lions
3 days ago
James Ryan and Iain Henderson may be fighting for one Lions spot
1 week ago
Tadhg Furlong declared 'single most important player for Lions touring party'
1 week ago
"It's going to be the biggest thing in this person's life, ever" - Rory Best reveals his Lions captain pick
1 week ago
When Gordon D'Arcy brought a coffee to a Joe Schmidt walk-through
1 week ago
Full Ireland ratings as Murphy-Crowe and Flood make the difference
Next Page