"My brother was howling like a pig, and the neighbours thought some terrible scene had happened in our house."

Ireland had a way of making so many of us lose our minds in the Jack Charlton era.

When Ronnie Whelan scored one of the greatest ever Irish goals - 'Even though he shinned it' - Dion Fanning recalls the bedlam in his house before he ran out to the road to call after his dad. "I was screaming, 'Dad, come back!' and there was this squealing from our house. The neighbours were saying, 'Is everything okay?'"

A couple of days later, the Fannings travelled with Eamon Dunphy's son to Germany to catch Ireland's Euro 88 group stage decider against a fiercely talented Dutch side. The result did not go Ireland's way, thanks to the cruel spin on the ball after Win Kieft's header, and there was a big send-off at the team hotel that night.

On the latest episode The Football Spin - dedicated to the late Jack Charlton - Fanning recalled the scenes from that send-off and spoke about the Englishman's impact on football in Ireland. 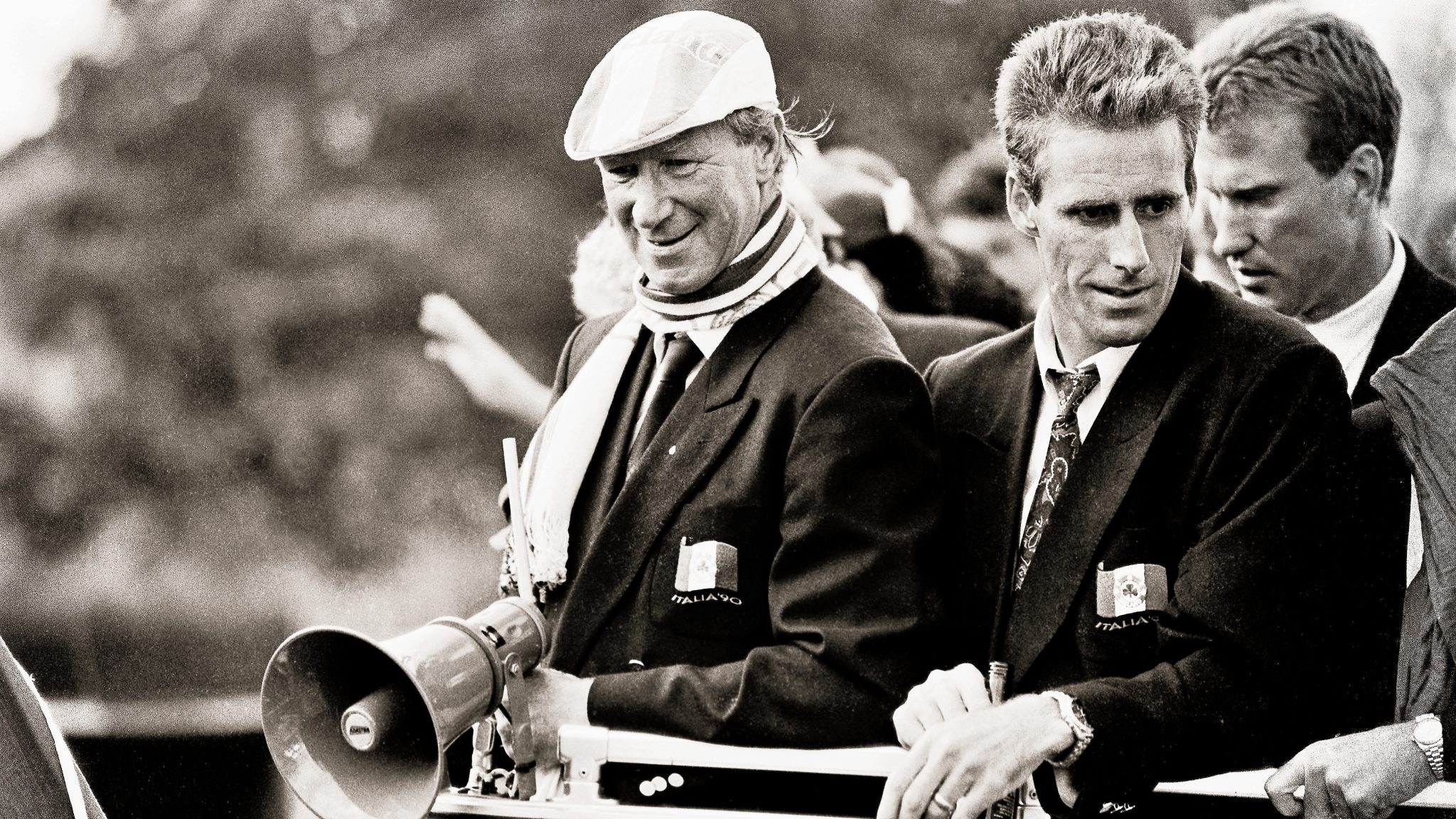 Fanning recalls Dunphy, who was working as a journalist at Euro 88, and Charlton hugging in the team hotel as the Irish players had a meal in a function room near the main bar.

"It was magic. And while we were in there, Jack Charlton came out and he saw Eamon and he hugged him. He hugged him and said, 'We'll go and have a drink'. They went into the bar to have a drink and, as they went in, Mick McCarthy and Frank Stapleton walked out a minute later. It turned out that they wouldn't be in the same room as Eamon Dunphy.

"So they walked out. Jack Charlton was in there and, the next thing, the phone rang in reception. There was some kerfuffle and there was all this noise until someone said, 'We better get Jack'. It was the Irish president [Patrick Hillery] who wanted to talk to Jack.

"Jack came out into the lobby of the hotel to take this call from the President. All the players were in the [function] room and some FAI blazer went in and said, 'Lads, quiet. The President of Ireland is on the phone', which was a cue for the entire squad to immediately start chanting, 'There's only one Jackie Charlton'!

"So I was standing there as a kid and you have Jack Charlton on the phone to the President of Ireland, being congratulated for everything he'd done... and in the other room you had the entire squad - Paul McGrath, Ronnie Whelan, Ray Houghton, John Aldridge, all of them - chanting 'There's only one Jackie Charlton' while an FAI blazer was waving and shushing furiously.

"At that moment, it symbolised everything that had happened. Every element of Irish life brought together in this moment."

END_OF_DOCUMENT_TOKEN_TO_BE_REPLACED

Three major tournaments reached and victories over the likes of England, Brazil, Italy, Germany and The Netherlands along the way. Ireland were graced with some special footballers before Jack Charlton arrived, in 1986, but we never had a team as good as the one that Jack built.