"When I came here, I was dead and buried. There was no way back for me"

A fitting end to a season of redemption and reward for Jack Byrne.

After struggling at Wigan, being shipped on from Oldham and having failed to impress enough for a permanent offer at Kilmarnock, Jack Byrne was at a loss.

One of the most promising players of his generation, and a product of the Manchester City academy, was facing an uncertain footballing future. It was around then, in late 2018, Stephen Bradley reached out and Byrne headed back to Ireland.

"The manager and his staff are building a strong squad and I’m very hungry to do well for the group... My aim is to work hard and get into the team first and foremost. I want to help the team push on so that we can compete for trophies and I can’t wait to get going."

Just under 12 months later and Byrne was integral in Rovers' positive, trophy-winning season. The league challenge started strongly before Rovers suffered a couple of blips and Dundalk took that title. At the Aviva Stadium, last weekend, Byrne was the stand-out player as Rovers defeated Dundalk to win the FAI Cup.

On Saturday, at The Marker Hotel in Dublin, Byrne was announced as PFAI Player of the Year after getting the bulk of the No.1 votes from his footballing peers. 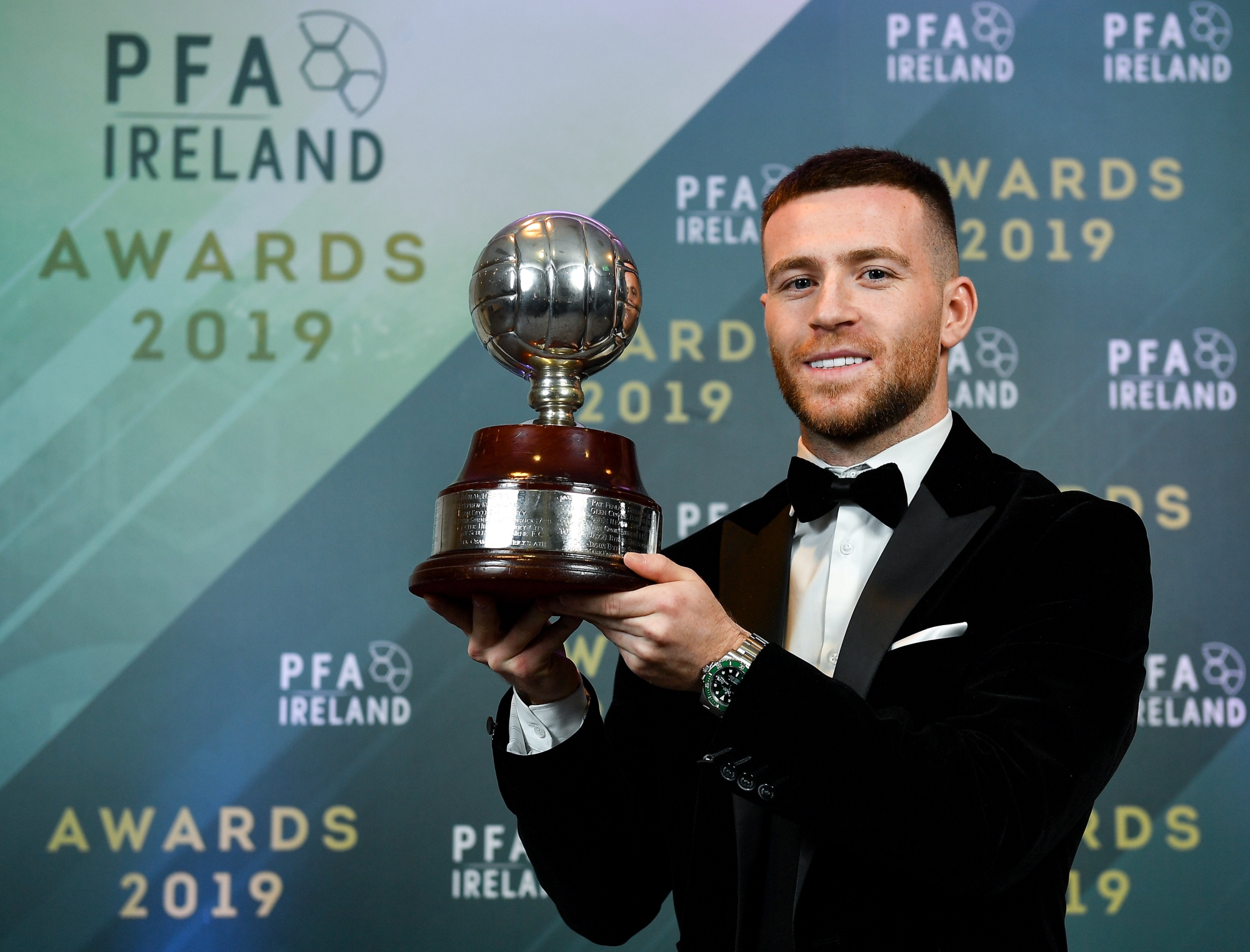 Not long after accepting his award, Byrne spoke with eir Sport about what the accolade meant to him.

"They gave me a platform, when I came home, that nobody else offered me, and the support that nobody else was willing to give to me. I just knew from day one when I walked in there - the people that I was going to be working with and the players that I'd be playing with - that it was going to be a good fit. I'm thrilled to get the award and last Sunday, obviously, with the team, to win the cup means it has been such a great year all around."

Byrne praised the "unbelievable" support and coaching from the likes of Bradley, Stephen McPhail and all of the Rovers coaching staff.

"When I came here, I was dead and buried. There was no way back for me.

"I wouldn't have signed a player that was coming back, like I was, a year ago. So to be standing here and collecting this award is all down to them and the faith they showed in me."

Byrne is not finished yet for the season. On Thursday he is hoping to get a start for Ireland against a visiting New Zealand side and do enough to throw his name into the mix for the crucial Euro 2020 Qualifier against Denmark.


popular
Roy Keane's first impression of Cristiano Ronaldo proved to be very accurate
The SportsJOE 12 o'clock quiz | Day 290
Lady Gaga will perform Satanic ritual during Super Bowl halftime show, according to conspiracy theorist
Joe Rogan reveals he could be parting ways with the UFC
The 14 Irish players Down Under as TG4 come up with the goods once again
The SportsJOE 12 o'clock quiz | Day 289
"That was the one game that I cried after" - Mike McCarthy
You may also like
2 months ago
FAI investigating Ireland England video as "a matter of urgency"
2 months ago
Full player ratings as Ireland fall to another defeat in Wales
2 months ago
Matt Doherty awarded man of the match playing left back, says he has no problem playing there
2 months ago
Kevin Doyle easily sums up the difference between England and Ireland
2 months ago
Aaron Connolly ruled out of all three Ireland games along with Callum Robinson
2 months ago
Big blow for Ireland as David McGoldrick announces international retirement
Next Page